Pastors are held to a higher standard and must repent of sin in accordance with that standard.
Ed Stetzer 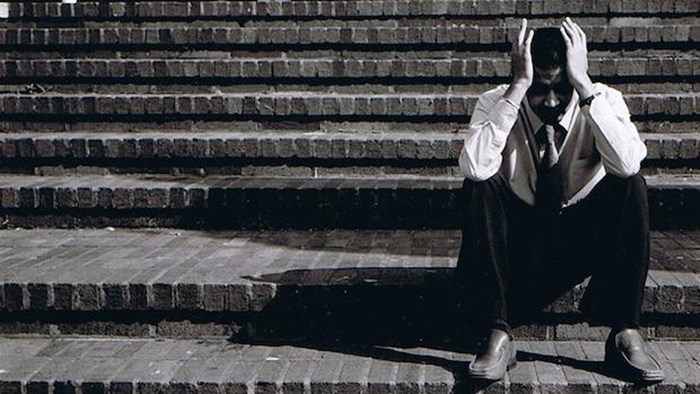 Needless to say, I don't say that with any enthusiasm. In fact, it is greatly discouraging to me, but it's true nonetheless.

Furthermore, this is not just a recent phenomenon, though the evangelical world has been filled with reports over the last few months.

Pastors have a responsibility to what has been entrusted to them.

Yet, these scandals have been happening for a long time-- since the beginning of Christianity (and before in Judaism). Pastoral failings stretch so far back in Christian history, we have New Testament instruction about them.

First Timothy 5 is, perhaps, the clearest passage on this issue.

That passage and others remind us that pastors-- and other leaders of similar persuasions-- are held to a different (higher) standard in the scriptures.

First, the level of proof for accusation is higher-- it's on the basis of two or three witnesses, whereas in Matthew 18 any one believer can go to any one fellow believer when sin arises. This serves as a buffer against unwarranted criticism that can come with pastoral positions (though it's often abused, but that is for another conversation).

Also, it's clear that pastors are worthy of honor-- double honor, actually:

The elders who direct the affairs of the church well are worthy of double honor, especially those whose work is preaching and teaching. For Scripture says, "Do not muzzle an ox while it is treading out the grain," and "The worker deserves his wages." Do not entertain an accusation against an elder unless it is brought by two or three witnesses" (1 Timothy 5:17-20).

As such, pastors are different, not in value, but in responsibility and expectation. They are worthy of double honor and they are harder to accuse. We can see the practical reason for this-- like it or not, being a religious leader attracts a higher level of criticism. If you are a pastor, you are probably already well aware of that reality.

Such an attitude reflects an attitude that doesn't take the rest of scripture seriously. Sin matters, and when that sin happens in the life of a public spiritual leader, the great damage can be done. The scriptural teaching takes that into account as well.

So, while pastors have a higher scriptural standard to receive criticism-- and cultural realities exist making it harder to make such accusations-- pastors also have a higher standard to repentance. Yes, repentance should be evident when any believer is caught in sin, but something more is required when a pastor is involved, and this matters just as much as the cautions against accusations.

With this higher standard in mind, I want to offer three principles of repentance for pastors and Christian leaders.

1. Repentance must be public.

Yes, pastors have a higher standard to receive criticism, but when that standard is met, a new standard kicks in-- as far as the sin is known the repentance should be known.

When you became a pastor, you forfeited the right for your sin not to be known.

Pastors have a responsibility to what has been entrusted to them. If you are a small church pastor, your church should know. If you have been entrusted with a global ministry, however, your repentance should be known on a global scale.

The details don't need to be known, but the sin does. Adultery, lying, theft should be named, not hinted. When you became a pastor, you forfeited the right for your sin not to be known when the accusations prove to be true. It does not have to be prurient, but it must be clear.

2. Repentance must be thorough.

It really matters that we are honest and that our repentance is complete.

Saying, "I am sorry you were offended" is not repentance. Giving a carefully worded statement without accepting full responsibility is the way of secular culture. It speaks more to having the right public relations firm than having a repentant heart.

Attempts to avoid blame reveal a higher regard for reputation than a repentant heart. True repentance sounds more like this:

Not only is such repentance biblical, but it's helpful. The fact is, nowadays, if you are not completely honest, it does not go away—the Internet remembers for a long time and only true repentance says, "Yes, it was true. I was wrong. Now, I am working to change."

As Lanny Davis wrote about political scandals, "Tell it all, tell it early, tell it yourself." Or, to quote a paraphrase of Proverbs 28:13, "What we cover, God uncovers and what we uncover, God covers."

There is great freedom in confessing it all, early, and moving on toward restoration. The alternative is to be trapped in a cycle of waiting until more evidence comes forward and then trying to spin it to salvage our reputation.

3. Repentance should lead to restoration.

I have a friend who confessed adultery to his pastor and elders. He was told to resign and move on, but was prevented from confessing publicly despite the sin being known publicly. In doing this, his pastor and church failed him because it prevented any hope of restoration. Now, he has to always wonder, "Will it come out again?" He'd rather have confessed it and moved on. His church leadership robbed him of true pastoral repentance, robbed the church of an honest dealing with sin, and robbed his future ministry as a restored pastor.

Fear leads to forever hiding where faith leads to confession and restoration.

When it comes to pastoral repentance, fear leads to forever hiding where faith leads to confession and restoration.

I'm not saying that every pastor can be restored to every role—that's a discussion for another day. But, a pastor who commits adultery, for example, needs to be under a discipline process with the church that lasts a considerable length of time (at least two years in my opinion).

The pastor or leader then sits under the authority, guidance, and restoration process of the restoration team (probably local church leaders or those they designate). The process moves forward with counseling, accountability, help for those hurt by the actions, and more.

At the conclusion of the process-- and there needs to be a pre-planned timeline and conclusion-- those doing the restoring should consider the next steps.

There is much at stake in this issue. When there is public and thorough repentance, there can be public and complete restoration. When there is not, 1 Timothy 5:19 should be a warning to us all: "Publicly rebuke those who sin, so that the rest will also be afraid."

What's more, unless we pastors engage in public repentance, our "bold" preaching about sin and grace often appears to be little more than window dressing. In other words, what we believe about God, sin and grace is proven true when we treat our own sin as seriously as we say others should.

Too many leaders are not repenting in accordance to scripture and too many churches don't know how to work through repentance to restoration. Both matter-- and scripture provides a path for both.

For more information, I'd recommend the Focus on the Family resource, "Pastoral Restoration: The Path to Recovery."