Mike Cosper on the way story plays in to who God is and what Jesus has done.
Ed Stetzer 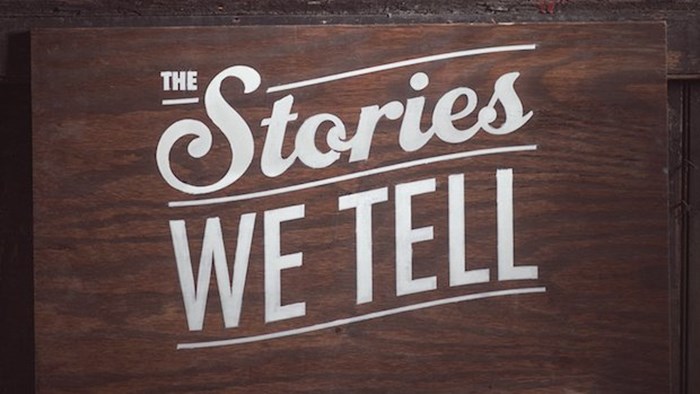 A few months ago I was contacted about an upcoming book from Mike Cosper. I was asked to write a "blurb" for the book and I was happy to do so.

I've known Mike for a long time—at least a decade—and I value his friendship and contributions to the body of Christ. Actually, when I preached up a Sojourn recently, I had him meet with my staff, to encourage and train them. I trust Mike and was glad to endorse the book.

But, in addition, I wanted to share a new resource on the blog. As part of a new feature, we are taking "20 quotes" from each book I review to run when the book comes out. (The books I don't endorse don't get the 20 quotes!)

Note that the page numbers may change from the versions they send me (called an Advance Reader Copy) and the final, but you will still benefit from the content.

With the permission of the author, we share them at the blog.

So, enjoy 20 quotes from The Stories We Tellby Mike Cosper.

1. Many Christians were raised to be suspicious of Hollywood entertainment, but all of the warnings seem to have done little to curb what people watch, except, perhaps, to add a patina of shame to any admission of viewing. (17)

2. Storytelling—be it literature, theater, opera, film, or re- ality TV—doesn’t aim at our rational mind,…It aims at the imagination, a much more mysterious and sneaky part of us, ruled by love, desire, and hope. When people, against their better judgment, find themselves hooked on a show, we can trace the line back to find the hook in their imagination. (19)

3. Story is a great gift from a great storytelling God. There is much joy to be had in enjoying that gift as it pops up in the world around us. (25)

4. Stories both entertain and educate, occupying the mind and forming it at the same time.(28)

Story is a great gift from a great storytelling God.

5. The story told in the Bible encompasses past, present, and future. It tells a story that begins long before us and ends long after us, and it calls us to find our place in its pages. (29)

6. The overarching story of redemption history—the old, old story—can be told through the framework of creation, fall, redemption, and consummation. God made the world, sin corrupted it, Jesus redeemed it, and one fine day, God will ultimately restore it. That’s the story of the Bible, start to finish. (37)

7. German astronomer Johannes Kepler once said that all of science was merely “thinking God’s thoughts after him.” The same can be said of the arts. (43)

8. The gospel of God’s kingdom reclaims every good gift as the property of the Creator. (44)

9. We have only one perfect hero, and his story hap- pens in the context of these other tragic, chaotic, and dark stories. The content of the stories we hear and tell can’t be true without acknowledging—and sometimes delving deeply into—humanity’s darkness. (47)

10. We can step into the world with a sense of invitation. This is our Father’s world. What do we want to explore today? Grace enables us to see that the longed-for hope of some stories has its truer, better counterpart in the story of Jesus. (53)

11. We wrestle with Eden, and even if our wrestling is an effort to reinterpret its very meaning, it reveals that deep down, it still haunts us. (67) 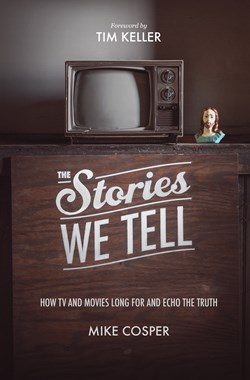 12. Because we were made for a world that’s perfect, the possibility of perfection lingers in the corners of our minds. We imagine cold fusion that gives us endless resources for energy, medicines that eradicate disease, political structures that bring peace and justice. (68)

13. Our most perfect creations—our efforts at playing God— always stumble into the inherent problem of human weakness, creation’s unpredictability, and the impending threat of evil. (69)

14. But our hunger for Paradise lost isn’t the only story we can tell. Along with glimpses of that strange, harmonious world, we see another story. Examined closely, it’s one that might surprise many of us, given the way we tend to think about perfection and Paradise. (77)

15. I think it’s because this longing for love and companion- ship is hard-wired into creation—it’s part of the actual design of the world—that the emotions behind it have such power and sway over our lives. People do crazy, horrible, sad things in their search for love. They shipwreck their lives chasing fantasies and lying to themselves in hope that the right person will one day, finally and ultimately, make them happy. (82)

16. The world wasn’t meant for death and decay. It wasn’t intended for destruction and chaos. It wasn’t meant to be full of stories of tragedy and hardship. It was meant to be a place of life and harmony, where God and mankind lived in deep fellowship and community. (91)

17. Part of what makes Mad Men so compelling (and this is true of almost any tragedy or drama) is that it maintains a delicate balance between exposing the character’s flaws and eliciting the audience’s sympathy. (108)

Fall stories help orient us to a world that doesn’t work out how we expect.

18. Fall stories help orient us to a world that doesn’t work out how we expect. They help us to make sense of the ruin we see around us. They help us to know we’re not alone in our sorrows and failures, and they point to the deep need we all have for answers, for hope, and for redemption. (114)

19. If we believe the Bible to be true, we must admit that there is more to this world than we perceive. Powers and persons that we can’t see or comprehend are at work, but somehow we intuit them. That intuition works itself out in our imaginations, and we tell stories that try to explain what we feel and comfort us from fear of the shadows. (135)

20. Throughout history, imaginations have run wild with hero hunger. Literature and mythology is full of it, passing on tales of men like Odysseus, Hercules, Beowulf, and King Arthur (to name just a few) who took on superhuman tasks in order to save humanity or to prove their mettle. (174)