Don't get sick of leadership development. It's important, and it's biblical.
Ed Stetzer 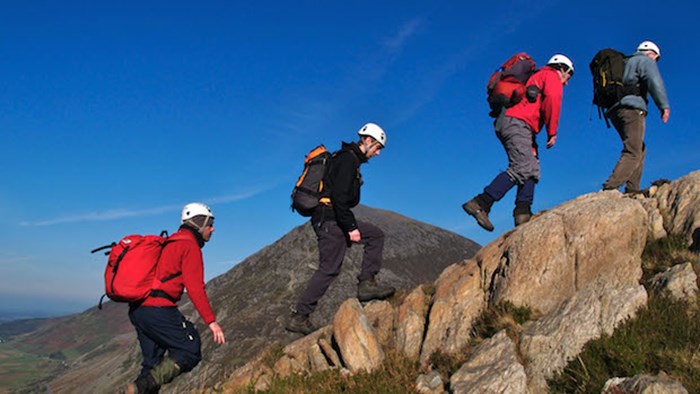 We need good leaders. So we need solid leadership development, books, and other resources. 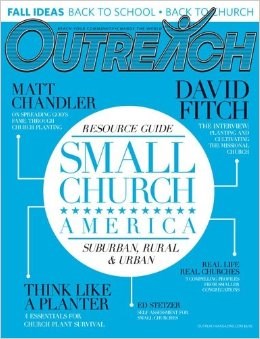 I think leadership is an important issue that's often overlooked. I know… you think I'm crazy. Leadership resources and speakers abound. But there's a reason the best place to find leadership books is at a Goodwill or some other thrift store. Yep.

Secondhand stores are like leadership book archive vaults. Why? Well, there seems to be a pendulum that swings… and has swung. In the 1980's there was much talk about leadership and there was a lot of people writing on it, speaking on it, and just great prominence on it. Leadership theories and ideas were influencing the church and the church was, in many ways, being shaped by that.

Then in the 1990's this pendulum began swinging back the other direction and people began to object to some of the consistent references to a Warren Bennis or Jim Collins book on leadership. And they began to complain of the Maxwellization of leadership. Some were saying, "We need a little less leadership and a little more biblical principles." And I think this unhealthy pendulum swing is real, present and not particularly helpful.

I understand issue fatigue. But it isn't healthy. Here are three reasons we should not reject the culture of leadership development…

Throughout Scripture we find that when there is a great move of God there is generally an accompanying leader from God. There are a couple of exceptions, but that's a pretty consistent pattern. And we're not talking about a general feeling that someone is walking out in front, but to the point where leadership actually has to be affirmed. Paul writing to Timothy says that 'the job of an overseer, if someone desires to be an overseer, is a noble task.' We're reminded of the nobility of leadership even in the descriptive passage of 1 Timothy 3 about, as it talks about the biblical qualifications of a pastor.

Leadership is not just a Biblical concept in the church, but it's a Godly practice that is described throughout Scripture.

We know the names of great leaders of the people of God and why they matter. We know what they did. Leadership is not just a Biblical concept in the church, but it's a Godly practice that is described throughout Scripture. It is both prescribed (it's a noble task, it needs to be done, raise up leaders), and described (stories of how leaders have functioned well and poorly.) Leadership is a Biblical practice and principle.

Leadership is not done in a vacuum. It is theological. There are things that leaders are called to do. There are things that leaders are expected to be, if you will. As a matter of fact, it's interesting that as you look at the description of overseers I mentioned in 1 Timothy chapter 3, you will notice the vast majority of the description is actually more descriptive of life and doctrine. Now these are issues that are unapologetically scriptural as well.

So leadership is biblical, but it's also theological. I don't lead because I memorized a few phrases and can now quote them, and they rhyme, and I can inspire people. It isn't simply about leading… but leading correctly. I can't unpack all of that in this short column, but there are several excellent books on developing a theology of leadership—even frequent Outreach Magazine contributor Tony Morgan has weighed in with his Developing a Theology of Leadership.

Many people have lead poorly. Sometimes people lead poorly because they have a bad theological basis of leadership. They just don't have a real sense of where God is calling them to lead. If God isn't leading you, where are you going to lead others? The fact that leadership is theological feeds directly into the third reason we shouldn't avoid a culture of leadership.

Leadership is theological so that it can be effectively contextual. When we think theological, we think Ephesians 4. God gave apostles, prophets, evangelists, pastors and teachers to equip God's people to works of ministry, leading them to engage in faithful and fruitful ministry. There's the theological leading to contextual.

Leadership is theological so that it can be effectively contextual.

One of the things you'll find is that many of the attributes of leadership that are quite effective in one place will not be successful in another area. For example, in Japan there's actually a proverb that says, 'The nail that sticks out gets hammered down.' Being conspicuous is not highly valued in Eastern culture. Yet, in many Western societies it's that autonomous individual who leads, makes a difference, or brings about change. Even though Biblical leadership principles that worked with Moses will work with Maxwell, the way one leads will be different from Peoria to Pretoria. A good leader cares about and learns adapts to cultural variations.

God created everyone. And He has given various cultures. Varied cultural expressions reflect the creativity and diversity of God. While God is not responsible for every aberration found within culture, He did create the people and knows them in their cultural distinctions. God knows what leadership qualities work in each setting to bring about Kingdom change within a community. People are wired to respond and develop in different ways. There is no reason to fight that. When we deny contextual leadership nuance, we create barriers that keep people from transformation.

A Culture Of Leadership Is Needed

So the Biblical and the theological values of leadership will be quite constant, since God's Word and His mission are unchanging. But the contextual value of leadership will vary from one place to another. Biblical and theological leadership truths are to be passed down to the next generation. And since there are contextual variables, we need training that addresses them. This is why the regular development of leadership resources is important. When you see someone dealing specifically with practical leadership skills and practices, do not write them off as having left the Bible. As the pendulum continues to swing, remember that Leadership is Biblical, theological, and contextual.