Violators Will Be Prayed For; Sweet; Meeting for the Last Time
Ed Stetzer 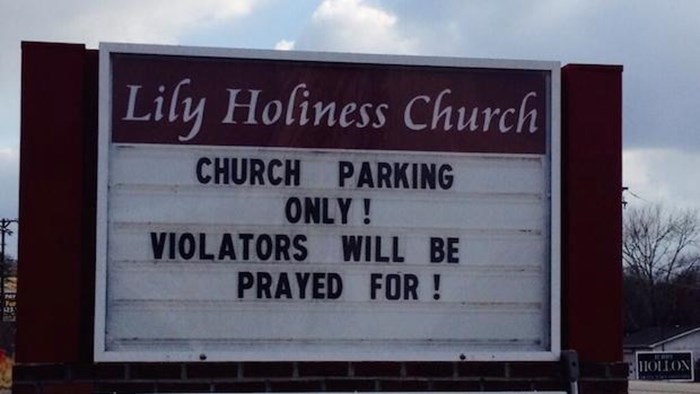 This church is SERIOUS about its parking. 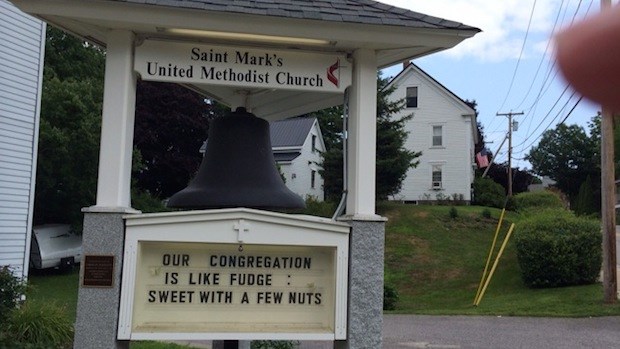 This sign is rather poignant, but reminds me of a sign from last week, which STILL confuses me. 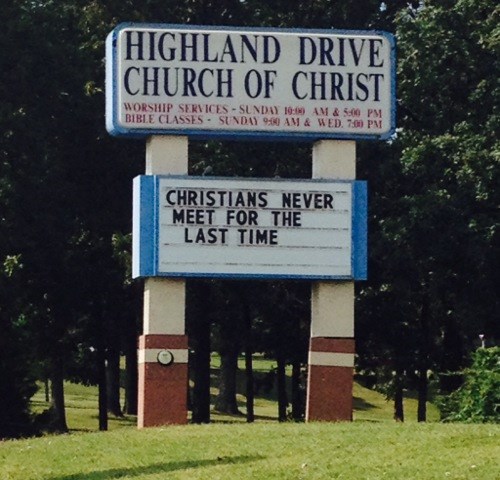 Thanks to Tommy Tapscott, George Brushaber, and Mark Snowden for sending these in. As always, send me your signs via Twitter to @EdStetzer.

Want to read a weekly digest of The Exchange blog? Click here to subscribe to Christianity Today's Newsletter for The Exchange to get weekly wrap-ups in your inbox.

Evangelicals: Ann Coulter Speaks Only for Herself on Criticism of Christian Ebola Doctor; She Needs to Ask WWJD—Alex Murashko

Yesterday I chatted with Alex Murashko of the Christian Post about Ann Coulter and the missionary doctors infected with Ebola. Here is a bit of the article.

Coulter asks in her column, "Why did Dr. Brantly have to go to Africa? The very first 'risk factor' listed by the Mayo Clinic for Ebola — an incurable disease with a 90 percent fatality rate — is: 'Travel to Africa.'" And then asks, "Can't anyone serve Christ in America anymore?"

When asked by The Christian Post to elaborate on his tweet, Stetzer said, "Ann Coulter needs to work to reflect Jesus in her words rather than criticizing others who are following Him to help the hurting.

"Ann asked, 'Why did Dr. Brantly have to go to Africa?' The answer is simple: because that's what Christians are often called to do — go and serve rather than critique and complain."

He implied that Coultor spoke out of turn and said, "Sometimes, the best thing we can do is to listen to another part of the Bible called Proverbs, which talks a lot about people who speak too soon and too often. If she thinks evangelizing the rich and influential is more important than saving the lives of the poor and forgotten, she might want to lean into the Gospels a bit more. We can both show the love of Jesus and share it at the same time."

Stetzer added, "When it comes to God's mission, I'm going to listen to an Ebola infected medical missionary over Ann Coulter."

If you have not yet watched this video, what are you doing? Stop everything. You apparently need to see this kid on live TV.