Bryan Loritts explains the importance of feeling the pain of African-American brothers and sisters.
Ed Stetzer 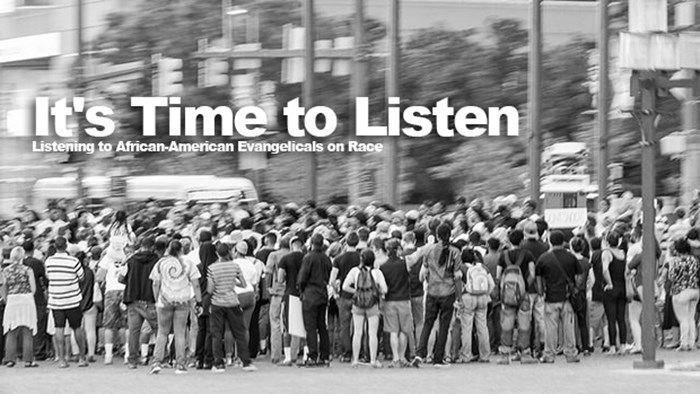 We're starting a series that will run over the course of the next few days. Posts will come from several African-American pastors and church leaders discussing race and the events surrounding Ferguson, Missouri.

I'm reaching out to evangelicals, not because they are the only people that we can learn from, but this is an evangelical publication. Furthermore, I'd like my predominantly white evangelical readers to hear from some evangelical African-Americans about these issues.

It is vital that the majority culture listen to our brothers and sisters in Christ who are in the minority culture—particularly in times of conflict and disagreement. The situation in Ferguson has reminded us of a pressing challenge that we have largely ignored for far too long.

The following is a guest post from Bryan Loritts, pastor of Fellowship Memphis and author of Right Color, Wrong Culture. Others will follow.

The slain corpse of Michael Brown’s body has decimated the myth that racism is no longer festering in our hearts. In the aftermath of his demise, there have been riots in his hometown and on social media. In the Christian community, the commentary has likewise been combustible, as one side has appealed to the “facts” of the case—Michael Brown had just stolen some cigars, and could very well have been the aggressor—while the other side has spoken out of a deep well of hurt, dug for over 400 years with the shovel of racism and institutionalized segregation, where the value of a black life was on par with that of a horse. It’s more than understandable when African-Americans begin to wonder, what exactly is the value of a black life? 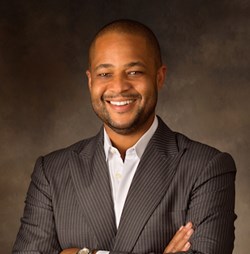 If you are looking for objectivity from my hand as I write this article, in many ways you will not find it. I am a follower of Jesus Christ who so happens to be African-American; because of this, there is a cultural filter by which I interpret information such as the Michael Brown/Ferguson incident. This is what I mean by hermeneutic: it is a way we interpret the world. I have one, and so do you.

On one level I have a cultural hermeneutic. Seeing and reading the stories about Brown’s death takes me back to the killings of Emmett Till in 1955, Medgar Evers in 1963, Dr. King in 1968 and Oscar Grant in 2009 (Fruitvale Station). These men were cut down in the prime of their lives by whites (Emmett Till was 14 when he died). What’s more is that Emmett, Medgar, Dr. King, and Oscar are but a few in a long history of African-Americans who have unjustly died at the hands of our white brothers. As if that’s not enough, in many cases, their killers were never brought to justice. If they were it was a long-time-coming. So when I see Brown’s corpse amid reports that he was shot by a representative of both the historic (white) and vocational (police) power structure of our country, I hope you will find it more than understandable if I cry foul. I, as a black man, find it impossible not to flinch to present conclusions given the injustices of the past.

The slain corpse of Michael Brown’s body has decimated the myth that racism is no longer festering in our hearts.

Basically there are five levels of communication: 1. Cliché; 2. Facts; 3. Opinion; 4. Feelings; 5. Transparency, with “cliché” representing the shallowest form of communication, and “transparency” the deepest. I will never know what it’s like to be a woman, but I do know that when my wife comes at me with level four (feelings), and I stay in lawyer-land at level two, this never is a recipe for intimacy. I am not denying facts, but I’ve had to learn the hard way that if I am to experience oneness with my bride, I must drop down to level four in an attempt to understand before I resurface to level two. Facts are a first and last resort in a court of law, but when it comes to human relationships, let us first stop and feel before we go to facts.The communication pyramid offers a revolutionary paradigm in our journey to understanding.

If you sense exasperation from we African-Americans over yet another news story of a black man slain at the hands of a white man, this is a wonderful opportunity to grab some coffee and seek to understand our hearts. I need my white brothers to know how I felt as I sat in the preaching classes in Bible college and seminary not once hearing examples of great African-American preachers. I need you to know how I felt when I was forced face down on the hard asphalt of Crenshaw Boulevard in Los Angeles, all because I was nineteen and driving my pastor’s Lexus, a year after the 1993 Rodney King riots. I need you to ask how I felt when I walked into a Target recently behind a white woman who took one look at me and pulled her purse tightly to her.

My Jesus-ness, must trump my blackness.

However, as much as I am an African-American, I am even more so a follower of Jesus Christ. The death, burial, and resurrection of our Savior demands that I subjugate my cultural hermeneutic to my gospel hermeneutic. In other words, my Jesus-ness must trump my blackness. As Dr. Tony Evans says, “Black is only beautiful when it is biblical.” This is at odds with the teaching of liberation theology, where you had black theologians like Dr. James Cone who wrote that the gospel is essentially for the oppressed and not the oppressor. Not true. If I understand the gospel right, Jesus died for Michael Brown and Darren Wilson (his shooter); slaves and slave masters; the lynched and the lynch mob. My new gospel hermeneutic, therefore, leaves no place for hatred, bitterness or unforgiveness.

There is room for justice. Just as a pedophile can be redeemed by the blood of the Lamb and should go to jail, if it is discovered that Officer Wilson acted inappropriately, he should experience justice. The God we serve is both a forgiving God and a just God. Those two things can cohabitate. My gospel hermeneutic does not allow for a heartless apathy that shakes its head and says “white people.” I can never give up on my white brothers and sisters because God in Christ has never given up on me.

We followers of the Way have been afforded a wonderful opportunity to use the death of Michael Brown and the confusion surrounding Ferguson to show to the world love—true love. Love for the people there in Ferguson, and also love for each other. That kind of love refuses to have vicious battles in the comments section of some blog or social media post—that love sits down over a hot cup of coffee and seeks to understand.

It's Time to Listen: "Feeling the Pain Despite the ...