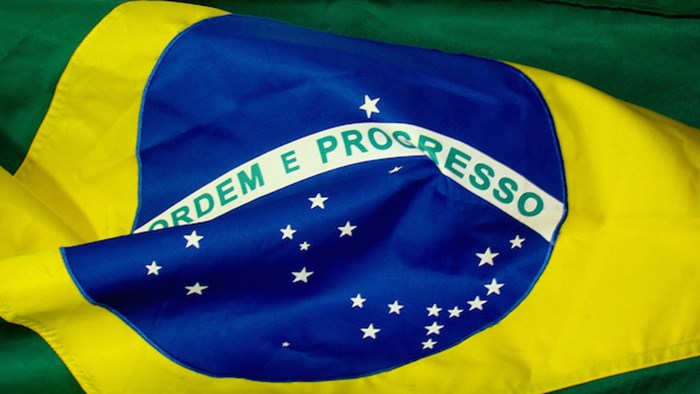 Some of you know of my interest in Brazil and its evangelicals (see here and here). Here’s an interesting article on the political possibilities related to growing evangelicalism.

Everaldo Dias Pereira — known to his flock as Pastor Everaldo — shakes the hands of potential voters at a shopping mall in a suburb of Sao Paulo in Brazil.

As he wishes them the peace of the Lord, a group of supporters shout out: "Enough of corruption, enough of people who don't know the word of God. We want Pastor Everaldo."

The pastor is running for president, and even though it is unlikely he will win — polls show he only has 3 percent of the vote — his socially conservative message resonates among many of the evangelical faithful.

"Our proposal is clear," he says. "We defend life of the human being since its conception. We defend the Brazilian family. We defend this clearly: marriage is between a man and woman."

Campaigning is in full swing in advance of Brazilian elections in October. Polls show President Dilma Rousseff will have a tough re-election battle on her hands amid grim news on the economy.

Among those competing for the public's vote are evangelical Christians — a group with growing political clout. And to garner support they're using a strategy familiar to American voters — focusing on passion-inspiring social issues like abortion, homosexuality and religion in schools.

There are dozens of other evangelicals running for national office in this election. Some are affiliated with one of the two main evangelical parties, one of which Pastor Everaldo heads; others are members of other groups.

Evangelicals currently make up 14 percent of deputies and 5 percent of senators in Brazil's National Congress. Evangelicals say they hope their numbers in government will jump some 30 percent after the upcoming elections.

That political power reflects the growing clout generally of evangelicalism in Brazil, where it's the fastest growing segment of Christianity. Nearly one-quarter of the population identifies as evangelical Christian.

And, I’m wondering. Has anyone heard of Rick Wiles? Anyone?

Because, Salon continues its journalistic quality of “find the obscure Christian and report their shocking words.” I’m chronicling that series here. It’s great to see their consistency, I just can’t figure out why there is not a Muslim, Jewish, or Hindu version.

Rick Wiles, host of “Trunews” and fervent end of the world predictor, has some truly disturbing thoughts about the deadly Ebola virus.

On Tuesday, the host welcomed arrival of Ebola patients to the U.S., Right Wing Watchreported. Why? Because the “plague” as he puts it could wipe out the country’s biggest problems, which he defines as abortions, homosexuality, promiscuity and godlessness.

“This Ebola epidemic could become a global pandemic and that’s another name for plague,” Wiles said. “It may be the great attitude adjustment that I believe is coming. Ebola could solve America’s problems with atheism, homosexuality, sexual promiscuity, pornography and abortion.”

This “end times” prediction seems to contradict a different Wiles conspiracy theory. According to Right Wing Watch, on Monday the host expounded on a theory that President Obama could spread the Ebola via vaccine, so that he could declare martial law.

3 Reasons Many Leaders Receive Too Much Credit/Blame—Eric Geiger

Geiger drops some wisdom on leadership.

Most leaders receive too much credit for the good things that take place during their tenure and too much blame for the bad. If the results are good, typically a leader, even if he or she attempts to deflect the accolades, receives credit for his or her stellar leadership. And if the results are bad, a typical leader receives the blame and carries the burden and pain of “not delivering.” There are at least three reasons many leaders receive too much credit and shoulder too much blame.

Some contexts are more challenging than others. For example, it is easier for a new church to grow in a booming suburb that is filled with “churched transplants from the Bible belt” than a rural or an urban context. Leaders lead within a specific context, and the context impacts the perceived effectiveness of their leadership.

A great leader is not a great leader alone. Leaders who are recognized for “great leadership” are always surrounded by teams of competent and committed people. In fact, some teams really make the leader. We know this, but the proclivity for the senior leader to stand out often masks the importance of the team. In the same way, if a team, ministry, or organization is struggling, the leader is not the only person involved. Often the leader can be a barrier, but the issue is not solely he or she.

Download this week's edition of The Exchange podcast with Tim Clinton.

In this episode of The Exchange, Ed Stetzer hosts Dr. Thom Rainer, President of LifeWay Christian Resources in studio to discuss discipleship, family, fatherhood, blogging, biblical church membership and his latest book, Autopsy of a Deceased Church. In this clip, we talk about traits of dying churches. Don't forget to join me every Tuesday at 3:00 PM Eastern for The Exchange.