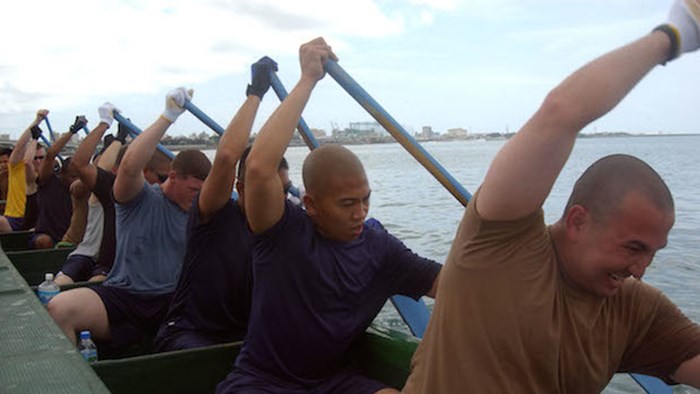 When the apostle Paul challenged Timothy to reproduce himself in others, to broaden the number of leaders, and to hand ministry over to more people, he emphasized character over competence. He didn’t diminish competence, but he started with character. Notice the order of the language of this often-quoted leadership development verse:

The things you have heard me say in the presence of many witnesses, entrust to faithful men who will be able to teach others [2 Timothy 2:2].

The verse does not read, “Entrust to able men who will be faithful.” Paul is not saying:

To the contrary, Paul essentially says, “Entrust all the important things to the faithful, and in time, they will be able.”

No doubt you have seen the devastating effects of character implosion in ministry leaders, whether prominent leaders of major ministries or individuals in smaller roles. When the role and responsibility outpace the leader’s character, disaster is inevitable. And more people than the leader suffer. Competence is important in ministry, but character must be first in these two realms:

The American church must do better in providing spiritual leadership toward a healing response.

Throughout this past week the attention of our nation has been rightly set on Ferguson, Missouri. Tragedy and tensions in this small town have served to highlight troubling trends elsewhere, too, in the United States, in what remains for us a very long and sad history of racial tension and strife. As followers of Jesus and evangelical pastors of multi-ethnic and economically diverse churches we lament and mourn the death of yet another unarmed citizen, in this case the death a young black man. Furthermore, we lament the fact that our country, and our world, remains deeply plagued by racial and systemic injustice.

At its core the scourge of racism presents a spiritual crisis with real life and death repercussions. And while government and educational programs, together with the efforts of countless individuals, groups and agencies, have long-sought to eliminate prejudice and the disparaging consequences of systemic racism still deeply embedded within our society, it is long-past time to recognize that systemic racism cannot be overcome apart from the establishment of local churches which intentionally and joyfully reflect the love of God for all people beyond the distinctions of this world that so often and otherwise divide. For not only does God require of governments and institutions the work of justice, we, too, the local church, the bride of Christ, have been ordained by God to this task. With this in mind, the American Church can and must do better in providing spiritual leadership toward a healing response. Indeed, we call immediately for it to do so.

Are Christians in America Facing a ‘Babylonian Exile’?—David Gibson

Fascinating piece from David Gibson on American Christians and the Babylonian exile.

From the moment they set foot on North American soil, the Puritans who came to the continent viewed their “errand into the wilderness” through a biblical lens, seeing themselves as modern-day Israelites building a New Jerusalem in the New World.

But today, the culture war descendants of those Puritans are feeling increasingly alienated and even persecuted in the society they once claimed as their own. They’re shifting to another favorite image from scripture — that of the Babylonian exile, preparing, as the ancient Judeans did, to preserve their faith in a hostile world.

“We live in a time of exile. At least those of us do who hold to traditional Christian beliefs,” Carl Trueman, a professor of church history at Westminster Theological Seminary, wrote in the latest edition of the conservative journal First Things.

Rampant secularism and widespread acceptance of sexual mores once deemed taboo, Trueman said, mean that “the Western public square is no longer a place where Christians feel they belong with any degree of comfort.”

Trueman was so convinced of that reality that he didn’t argue whether internal exile was an option. Instead, he wondered which form of Christianity was best equipped to survive this inevitable relocation.

Guest host Micah Fries hosts Dr. Tony Merida in this episode of The Exchange. Merida founded Imago Dei Church in Raleigh, NC. He also serves as the Associate Professor of Preaching at Southeastern Baptist Theological Seminary. In this clip, they talk about justice and how God is a just God. Don't forget to join me every Tuesday at 3:00 PM Eastern for The Exchange.