Everyone receives criticism. How can Christians reflect Jesus in how they face it?
Ed Stetzer 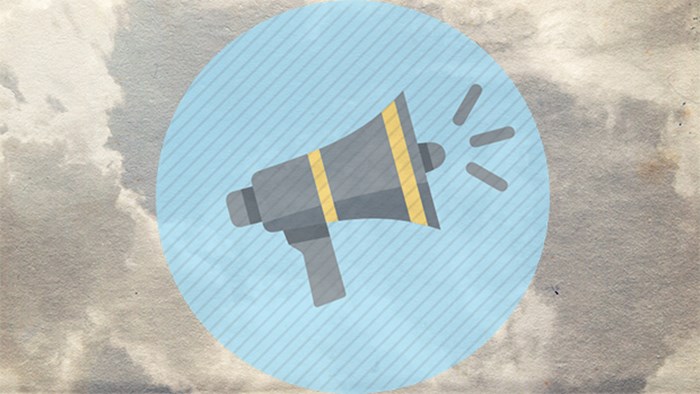 On Sundays, we will summarize past series, looking at their highpoints, with links to the whole series. Today, the focus is criticism. You need it. So do I.

Is all criticism truly helpful?

I have authored a series of articles addressing these questions and more. You can find a synopsis of their contents and links to the original articles below.

In How to Receive Criticism: 3 Ways to Avoid Feeling Attacked by Criticism, I discuss our posture when taking criticism from others. No one is above reproach. And we all make mistakes. Don’t take it personally. How you receive criticism will display the true content of your character. Being humble an open to receiving criticism is key to maintaining a healthy perspective on the relationships within your church community or family. Three key things to remember in receiving criticism from others:

Yes, pastors and Christian leaders should listen to God and share the leading they believe they receive from Him, but the fact is that we are imperfect and other people hear from God—and God uses them to correct us.

2. If no one can criticize you, you are probably too inaccessible.

Most churches have some sort of means where people can share their input, thoughts, and even disagreements. It might be a vestry, elders, deacons, trustees, board, or something. For this article, I'll call them elders.

3. If you lash out at those who criticize you, you probably don't have a teachable spirit...

In How to Receive Criticism: 3 Kinds of Critics You Can Ignore, I tackled the importance of having discernment in evaluating criticism when it comes your way. While we must be open and humble to receive legitimate criticism, not all criticism is created equal. We don't need criticism from everyone. Simply put, you have to consider the source of the criticism. I do not take all criticism equally and neither should you. I am pretty active in the realm of the "Christian blogosphere," so a number of my examples are from my experience there, but generally speaking, these principles can apply to your office, church, or otherwise.

I do not take all criticism equally and neither should you.

There are three kinds of unhealthy critics to consider:

For example, one critic regularly sends a complaint letter (not an email, but one of those paper things). Over time, the complaint letters lost their value. Why? It was just another letter from the same person about a new issue…

The Critic With Low Character

There are critics who lack integrity, plain and simple. They make accusations and engage in exaggeration and just about everyone knows this is their approach.

I am stunned to see just how much some "Christian" bloggers, in particular, will lie, play guilt by association, and display a complete lack of character—all while calling out someone for something similar. Again, the irony. Such practices certainly occur in Christian communities outside of the blogosphere as well…

Unhealthy opportunistic critics are always looking for a new angle or issue, desperate for a new way to attack since the last try failed. Just see them for who they are.

Part 3: The Character of the Critic

Finally, in How to Receive Criticism: 2 Types of Critics Who Can Teach You, I discuss how we can best learn from our critics. Now, this is the hardest part of criticism—how to take it. And, you need to. It's good for you (and for me). I started with Openness, "Don't Take it Personally" and then reminded you to "Consider the Source." Now we come to the crux of criticism, from whom do you take criticism and what can we learn from it.

It is tempting to only seek the counsel of our friends, to listen to the echo chamber around us, and be satisfied with what we hear. But leaders must listen and learn from friend and foe alike. I'd encourage you to consider receiving criticism from people who are not like you; persons with different points of view and different agendas. In other words, you can receive criticism from both unfriendly and friendly critics…

Unfriendly critics have taught me lessons by what they say, even if they don't say it to me. For example, in speaking of making sure people understand the Bible, early in my ministry I would say, "We need to make the Bible relevant."

And actually, I think that's a true statement that can sometimes be misleading. At the encouragement of a person who most people would consider to be an unfriendly critic, I changed the terminology from "We need to make the Bible relevant," to "The Bible is already relevant—it's relevant in every time and every culture—but we have to make people understand how it's relevant."

Receiving criticism is never easy, but it can be done well.

The difference is subtle, but it helped me to reframe the conversation and I learned from an unfriendly critic (who, today, I consider a friend). But, when I heard of his criticism, I thought on it and said, "He's right. I'm wrong." And, though my pride worked against it, I made the change.

I wonder how many of us would receive criticism and instruction from someone in the church who thought we needed to be more clear on a subject? But, that's the kind of person we should strive to be—radically open to those who we know have our best interests at heart.

Friendly critics are the easiest to learn from because they have your best interests at heart. A biblical example would be Apollos, learning from some Priscilla and Aquila in Acts 18:26: "He (Apollos) began to speak boldly in the synagogue. After Priscilla and Aquila heard him, they took him home and explained the way of God to him more accurately."

Now, don't miss that. We don't know all the details, but here is what we know—an articulate and powerful speaker came to the synagogue and then was instructed by a trusted married couple who, from what we know, were not "speaker types."

Receiving criticism is never easy, but it can be done well, and followers of Christ must receive criticism as Christ would (and did).