Thursday is for Thinkers: "It's Time to Listen: Kingdom Cooperation," a guest post by Brett Fuller

Pastor Brett Fuller stops by the blog to share how his multi-ethnic church works together for the Kingdom.
Ed Stetzer 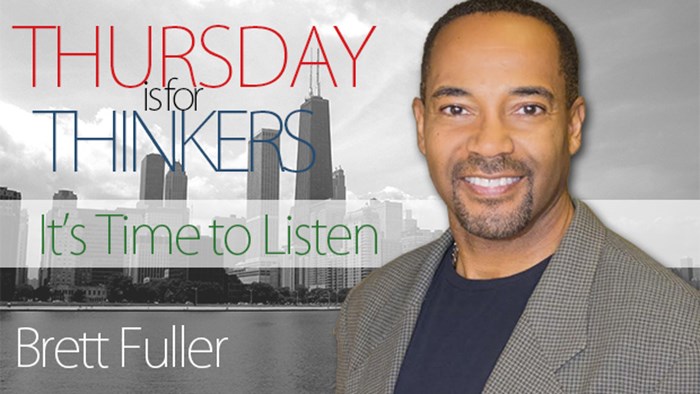 I've been running a series, "It's Time to Listen," inviting African-American evangelicals to share their thoughts in light of Ferguson and the state of race relations in the United States.

These posts have been widely read, often praised, and have sometimes been controversial. They've generated a lot of conversation, which comes as no surprise to me. My hope is that, moving forward, evangelicals will more readily lend an ear to their minority brothers and sisters, willing to listen to their cares and concerns-- even when we disagree.

For example, I think that every reader of this blog should ask, "Why do some people come to different conclusions about the current state of race relations and the best way to make racial progress?"

When the whole country (and even the world) is talking about these issues, it's worth taking the time to hear from some evangelcals on the subject. In other words, "It's time to listen."

So, I've decided to continue the series now that they headlines have passed. As evangelicals who care about reconciliation, we can continue to listen!

I already have a weekly series where I seek to highlight the voices of women or people of color. It's called Thursday is for Thinkers. So, we will combine those for a while and hear from some other evangelical leaders in this conversation. I hope you will find them challenging and encouraging.

Today's Thursday is for Thinkers guest post is from Pastor Brett Fuller. Brett is the senior pastor of Grace Covenant Church in Chantilly, Virginia, a suburb of Washington, D.C. He also serves as the North American Leadership Team director for Every Nation Ministries, and chaplain of the Washington Redskins. I've known Brett for years due to my coaching relationship with Every Nation, so I am particuarly thrilled to host his thoughts here at the blog.

At the age of 21, God called me to help plant a church in Washington, D.C. Nine years later, the senior pastor asked me to succeed him in his role. My prayer to God at the time was, “Help me to labor with you in building a church that looks more like heaven than like me.”

In almost every aspect of how that prayer could have been answered, God has seen fit to respond in the affirmative, and I will forever be grateful.

My name is Brett Fuller, and I am the lead pastor of Grace Covenant Church in Chantilly, Va. (a suburb of Washington, D.C.). Grace is a larger-than-small church whose demographics are rare for Virginia: 68% African American, 32% White, Latino and Asian. We intend our unique congregational complexion to have influence beyond simply looking like an unusual family portrait. We sense that we are called to be a witness of what cross-ethnic relational integrity looks like, and what preserved unity produces (Ephesians 4:3). We choose to embrace the difficulty inherent in the ministry of reconciliation (2 Corinthians 5:18-21), and we consider the inconvenience of someone’s relational insensitivity an opportunity for mutual growth.

Building anything with similar people, who like what you like, think how you think, and feel how you feel is a challenge all by itself. But intentionally adding other ethnicities to the plan exponentially complicates the building process, especially in Virginia. The growth is slower, but it resonates with quality. Never more evident is the usefulness of our particular congregation than when a community quakes from the faults of ancient ethnic tectonic plates pushing just below the surface of our culture. My heart breaks for Ferguson, Missouri and the loved ones of Michael Brown.

I grew up in Kansas City, Kansas. Our family’s first home was in the “hood.” When violence crept too close, Dad began exploring the possibility of moving to “white” suburbia. The year was 1966; no realtor would show us a home. After an extensive search, my father found an owner willing to sell.

Breaking the color barrier for that community was painful. Our house was egged, our cars were vandalized, and I was rarely called by my first name. Although we had few friends, and surprisingly few real enemies, there was no shortage of the disgusted, apathetic, and unhelpful. My enrollment in the first grade could never be confused with being enjoyable. Still, I never heard my parents utter a bitter word. They taught my siblings and me to be courageous and loving. They modeled how to grow through troubles, not just go through troubles.

Mom was “God-fearing.” She did not know many Bible passages, but she did seem to always know what not to do. Her proactive restraint served to build character in her children while ensuring their safety. Unknown to me then, these unforgettable lessons were becoming the prompt to a calling.

The brokenness of Ferguson reminds me why the lessons I learned as a child are important. Whenever injustice manifests itself, my parentally-installed “soulware” (software of the soul) checks my rage. The reining-in of my soul is further supported by Christ’s lordship, which encourages me to turn my lone, uninjured, healthy cheek to the offenders. This relational offensive—though counterintuitive—serves as a witness of God’s willingness to overlook offense while ministering from the uninjured side of my Christ-filled humanity.

Change happens in as many ways as there are people to who attempt to bring change about. Generally, societal shifts only happen when pressure is brought to bear on those in authority. The challenge of the Church has always been to decide what kind of pressure should be brought and how much. Whatever the solution, the highest standards and best practices of scripture should not be jettisoned for expediency. At all times, and especially in these times, the Church should be the pillar and support of truth (1 Timothy 3:15).

As our society thirsts for living truth, the Church should not dispense tainted bottled water.

Michael Brown’s death is tragic. The questions surrounding the circumstances of his shooting must be answered with integrity. In addition, evaluations of the way Ferguson’s authority structures relate to their community need to be immediate and perpetual. Still, the aforementioned solutions are repairs to problems that may have been averted if similar efforts had previously been exerted toward community relations and conciliatory conversation.

Every few months, there seems to be a local event that awakens our national conscience to the fact that black and white folks still have a journey to complete. For the spiritual leader, these alarm clocks should serve to emphasize the importance of Christ’s Church, and the relevance of its conciliatory ministry to the unredeemed. Although the Church’s presentation to the community must be incarnational, she must resist the tendency to let her weariness, preference, frustration, or pain bleed through the message. As our society thirsts for living truth, the Church should not dispense tainted bottled water. We must allow them to drink from a pure gospel font.

At present, the town in which I pastor experiences no civil unrest, and the recent tempest in Ferguson seems to have quieted somewhat. However, an unseen storm lurks beyond the horizon. Therefore, the vigilance to maintain the unity of the Spirit while equipping those in the Church to be conciliatory in the community must be constant.

May God help the clergy of Ferguson to weave the yarn of God’s reconciliation into a tapestry that can reflect His good will for that community.

Thursday is for Thinkers: "It's Time to Listen: Kingdom Cooperation," a guest post by Brett Fuller

Thursday is for Thinkers: "It's Time to Listen: ...