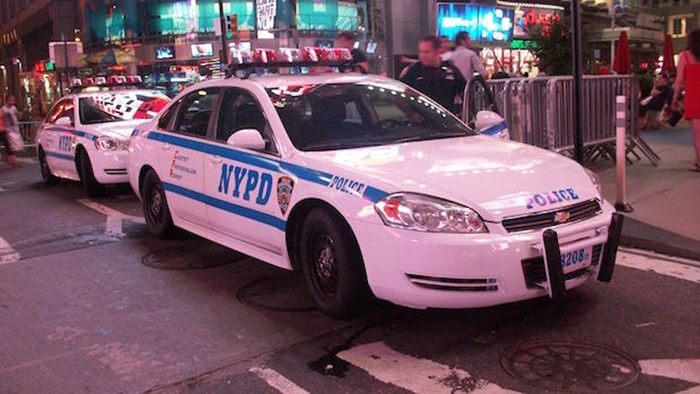 CNN does a great story here on Officer Ramos, his family, faith, and church (Christ Tabernacle).

Rafael Ramos was an unusual cop.

He saw the streets of New York as his ministry.

In fact, he was just hours away from becoming a lay chaplain and graduating from a community-crisis chaplaincy program before he and fellow New York police Officer Wenjian Liu were gunned down in their patrol car Saturday in Brooklyn.

The gunman in the two officers' killing, Ismaaiyl Brinsley, 28, was found dead of self-inflicted gunshot wounds at a subway station immediately after the slayings.

Services for Liu are pending. On Friday, a police honor guard took Ramos' casket into Christ Tabernacle in Glendale, New York, where an afternoon wake was being held. The visitation will be followed by a memorial service at 7 p.m. ET and a funeral service Saturday morning.

Some 25,000 police officers from around the country are expected to attend the funeral, according to the New York Police Department. JetBlue told CNN it has arranged for approximately 670 law enforcement officers to travel to New York for free.

Ramos, 40, enjoyed the spiritual dimension to life and work.

"He told me that his job even with the NYPD, he felt he was doing God's work," the Rev. Marcos Miranda, president of the New York State Chaplain Task Force, told Arise America on YouTube.

The Methodist Church is trying to figure its way to the future. Witherington ways in.

One of the recurrent suggestions about how to resolve the impasse in the United Methodist Church, which is now getting a great deal of consideration as something to be proposed to the General Conference in 2016 is the two jurisdiction proposal. This particular post will not deal with some of the merits of the proposal (yes there are some), but with the serious flaws in any such proposal.

POINT ONE: Two jurisdictions will of course require two different Disciplines, not only on the presenting issue of gay marriage and gay ordination, but on a whole host of related issues, including ones that have not been carefully thought through, because they have not surfaced yet. Whenever you change a massive structure, there are always unintended consequences. The most important practical point is this proposal absolutely destroys the connectional system which is one of the distinctive and most important features of our church. Then too, two jurisdictions with two Disciplines will require, necessarily two Judicial Councils since there will be two sets of church laws for the two jurisdictions.

POINT TWO: I have neither seen nor heard any proposal along this line that doesn’t also likely lead to two very different councils of bishops. By this I mean you will have some bishops who are prepared to serve in only one or another of the jurisdictions. Suppose then you have the larger jurisdiction (in terms of numbers of churches and members) with a much smaller number of bishops. Shall we then abandon the current annual and jurisdictional conference structure, and combine a bunch of conferences into some uber-conferences to deal with our annual business? And in most of these problems, this so-called solution simply means that the annual conferences, if they continue to exist, will continue to have wrangling over the presenting issues. The problem has been shifted away from a once every four years debate, to every year in every area!

I watched a lot of the original Battlestar Galactica series as a kid. The shows had a LOT of pseudo-Christian references and now you know why.

So Glen A. Larson has passed away.

If that name means nothing to you, then you weren’t a kid in the '70s and '80s. But it just so happens that I was such a kid, and during my childhood, it was impossible to turn on the television and not see Glen Larson’s name on just about every TV show that mattered to me.

But there was one occasion when I got to see some of Mr. Larson’s work live and in person.

I grew up in sunny southern California, and back in the day, our Cub Scout pack took a field trip to the special effects studio doing work for Larson’s series “Buck Rogers in the 25th Century.” This was the pre-CGI era, so all we saw was some tedious stop motion photography. But the real excitement came when one of the technicians took us to a storage room where the models for the canceled series “Battlestar Galactica” had been mothballed. He cracked open one very large crate, and all of us got a good look at the Galactica herself.

That may well have been the greatest moment of my pre-pubescent life.

“Battlestar Galactica” — the original, not the nihilistic, joyless reboot of the series that aired on the SyFy Network around the turn of the century — wasn’t Larson’s most successful series, but it was arguably the most personal to him. It was launched in the wake of “Star Wars” mania, and it spurred a lawsuit from George Lucas for copyright infringement. Lucas lost that battle, and rightly so. Yes, there are superficial similarities between the two space operas, but “Galactica” offered a premise that was actually something much deeper and richer than the “Star Wars” universe.

New York Times bestselling author and speaker Stephen Mansfield joined me to discuss a wide range of topics, such as the faith of past and sitting presidents, church leadership, and manhood. In this clip, we talk specifically about what it means to be a man. Don't forget to join me every Tuesday at 3:00 PM Eastern for The Exchange.