Dr. John Hammett elaborates on the role of election in salvation and the scope of the atonement.
Ed Stetzer 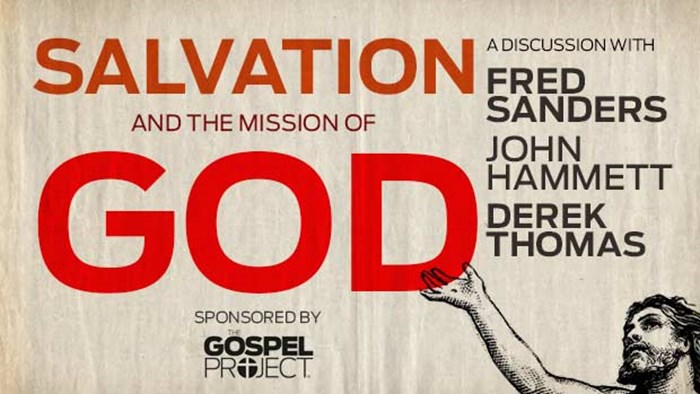 Next Wednesday is Christmas Eve, so Dr. Hammett's second post will come in two weeks, on December 31st.

When considering the order of salvation, I usually begin with Rom. 8:29-30 and add to it from my understanding of depravity (texts such as Eph. 2:1-3) and sanctification (as both initial and progressive; Heb. 10:10, 14). So I see salvation as beginning with God’s foreknowledge, which I see as God’s choice in eternity past to set his love upon a certain group (the “those” of Rom. 8:29-30). His love for them is expressed in his decision to predestine them for conformity to the image of Christ. I regard this as another way to express election for salvation. Thus, I affirm unconditional election to salvation.

I see biblical teaching on election as asymmetrical; that is, I affirm election to salvation, but see condemnation as attributed to human rejection of God. I illustrate this by seeing all of humanity as willfully choosing rebellion, loving darkness and running and hiding from God. In grace, he reaches out and restrains some. He is thus the cause of the salvation of the saved, yet not the cause of the condemnation of the lost.

Romans 8:29-30 gives calling as the next step in the order of salvation and the rest of Scripture does not flesh this step out in detail. I would see, by implication from the larger narrative on Scripture, that it would involve some measure of illumination, such that one is willing to see a need for forgiveness, and would normally involve hearing the gospel message.

I see several steps happening almost simultaneously here, at the moment of conversion. We are adopted into God’s family, indwelt by his Spirit, and set apart for God’s possession in initial sanctification. As one of my colleagues expressed it, we are saved from sin, saved for God, saved into a family, and saved unto a mission. I see those four as reflections of justification, initial sanctification, adoption, and being indwelt and gifted by the Spirit.

The next step in the order of salvation is the entire Christian life, for which I think the word sanctification is appropriate, as it is used for the initial setting apart of the believer at conversion and the progressive growth in Christlikeness that occurs throughout the Christian life.

It culminates in glorification, which occurs in two stages. One is at the moment of death, when our spirits are perfected (Heb. 12:23); the second is at the return of Christ, when we receive resurrected and glorified bodies (1 Cor. 15:51-53).

The Extent of the Atonement

In my opinion, one’s view of the extent of the atonement should not necessarily affects one’s understanding of mission and the offer of the gospel. Some believe that a view of limited atonement is inconsistent with the offer of the gospel to all, but there is no reason why a limited atonement advocate cannot say, “Repent and believe the gospel and you will be saved.” At the same time, I think an affirmation of universal atonement allows one to go further and say to anyone, “Christ died for you.”