What's the status of the church and how might we share the gospel in this time?
Ed Stetzer 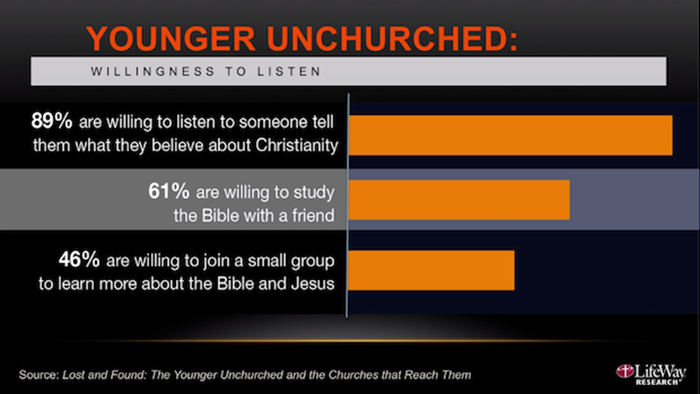 There's an idea that Christianity in America is dying. No serious researcher—not one—thinks that. However, I still am surprised that some people think this. (For a quick analysis, see this article.)

Facts are our friends, in this and in every situation, and what do the facts really show about the situation?

The Unchurched Are Open

A few years ago, LifeWay Research did some significant research on the faith of young adults to see where they stood. Here are a few stats from that study:

Here is some more data from that survey in graph-form: 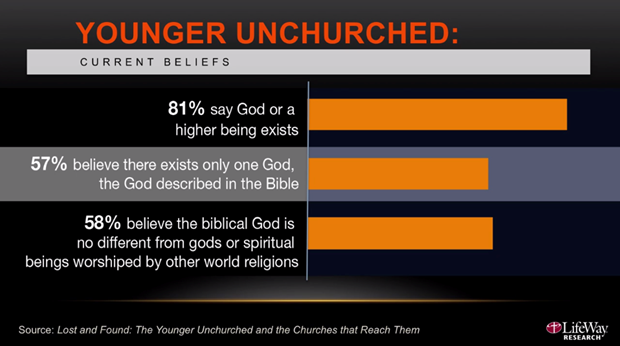 What's surprising to me is the degree to which the young "unchurched" believe in the death and resurrection of Jesus, even though it is not having much impact in their lives. But, don't miss it—two thirds of those young people who do not attend church outside of weddings, funerals, and holidays believe that Jesus died and rose from the dead.

That's fascinating to me because if I thought there was a guy who was dead on Friday but on Sunday was, well, not so much, I'd be going with that guy. However, 66% of those who don't go to church believe that, yet still don't go.

Perhaps even more fascinating is this: 77% of those young people who are self-identify as unchurched think that believing in Jesus makes a positive difference in a person's life, yet they seem to be staying away from church.

A lot of it has to do with their perception of church.

Here's another graph with some more data to consider: 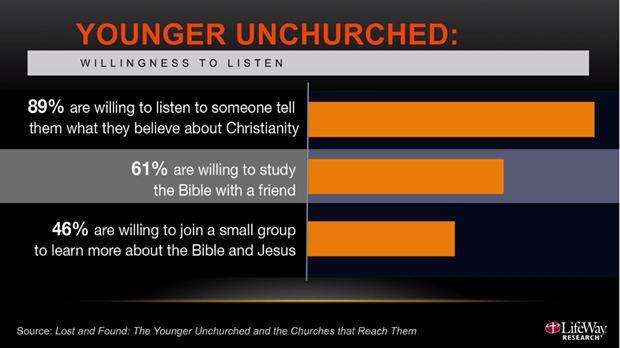 It is a mistake to say that young adults now are as connected to church as previous generations—they aren’t. But, it is a bigger mistake to think they are not open to spiritual things—because they are.

Christian influence is on the wane, but as we just saw, the unchurched are interested and open. 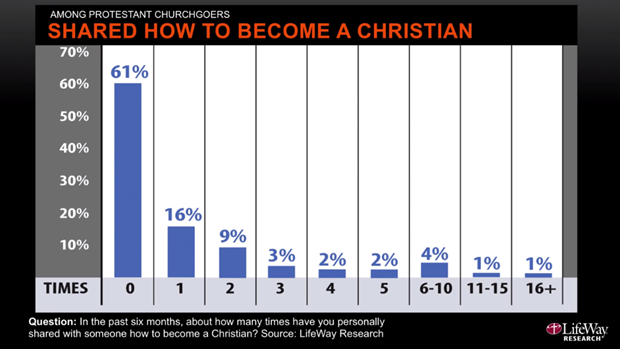 So, 61% of Christians haven't shared the gospel in the last six months. However, 79% of them know its their responsibility: 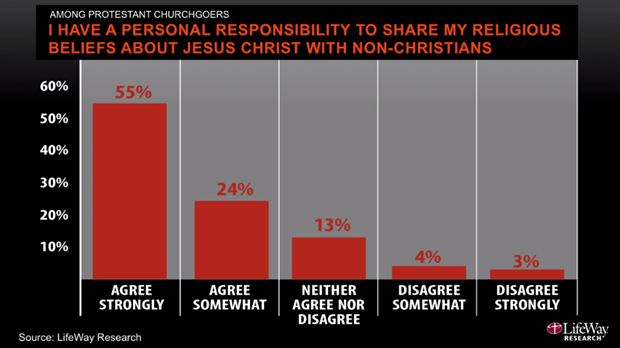 When culturally Christianity declines, convictional Christianity has the chance to shine. We know its our responsibility to share the gospel with our friends and family, might we have the courage to begin doing so.

Here is my talk from Exponential if you'd like a bit more on this subject: