Tonight, Ken Ham and Bill Nye will debate about the origins of life. What do Americans think about the beginning?
Ed Stetzer 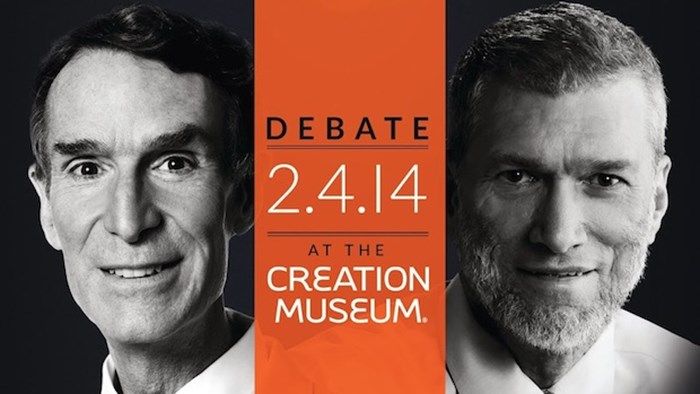 Tonight, Bill Nye, known best as "Bill Nye the Science Guy", will debate Ken Ham, the CEO and founder of Answers in Genesis and the Creation Museum, on the matter of the origin of the universe. Nye will, naturally, be defending evolution, which The Huffington Post says is "a theory universally accepted as fact among mainstream scientists." Likewise, Ham will be advocating a literal interpretation of the book of Genesis, that God created the world in six, literal, 24-hour days and that the earth is likely about six thousand years old.

You can catch the debate tonight at 7pm EST at this website.

In the past, I have written a bit on creation and evolution here, here, and here.

When asked in 1982, 44% of Americans believed in creationism and 47% in a form of evolution (see the wording for the nuances). In the new research, the evolution has held steady at 47% while creationism has seen a ever-so-slight gain to 46%. That's not much of a shift, but perhaps a surprising one.

Forty-six percent of Americans believe in the creationist view that God created humans in their present form at one time within the last 10,000 years. The prevalence of this creationist view of the origin of humans is essentially unchanged from 30 years ago, when Gallup first asked the question. About a third of Americans believe that humans evolved, but with God's guidance; 15% say humans evolved, but that God had no part in the process.

Gallup has asked Americans to choose among these three explanations for the origin and development of human beings 11 times since 1982. Although the percentages choosing each view have varied from survey to survey, the 46% who today choose the creationist explanation is virtually the same as the 45% average over that period -- and very similar to the 44% who chose that explanation in 1982. The 32% who choose the "theistic evolution" view that humans evolved under God's guidance is slightly below the 30-year average of 37%, while the 15% choosing the secular evolution view is slightly higher (12%).

In 2012, LifeWay Research conducted a study among Protestant pastors to see what they thought about the age of the earth and the way it originated. Here is a graphic depicting some of those results (and, yes, the apple was a bonus and, yes, we know about it not being an apple): 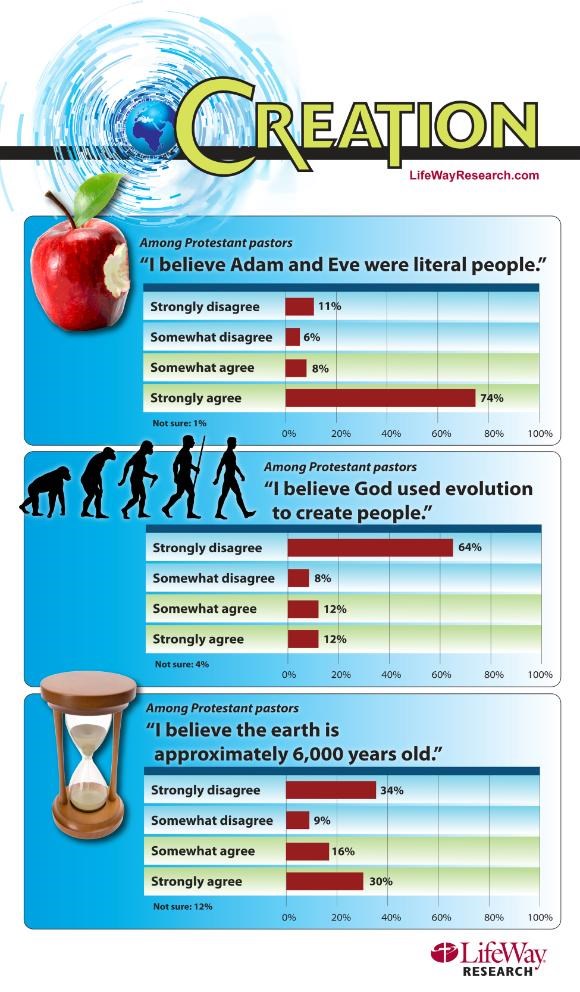 Here are some other notable statistics from that survey:

For the full report of this study on Protestant pastors and their views of the origins of the earth, click here.