Mission and Ministry after Losing the Culture Wars, a Guest Post from Bill Taylor

Bill Taylor, Executive Director of the Evangelical Free Church of Canada, shares his thoughts on Christians and culture.
Ed Stetzer 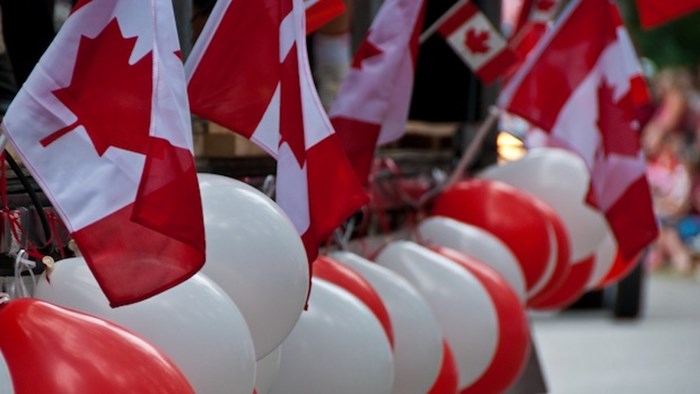 Last summer, I was at the Evangelical Free Church national meeting, doing some speaking and leading a couple of panel discussions. One of those panels involved multicultural ministry. After the panel, I asked the participants if they'd join me on a blog series, one per person, following up on their topics. Ruth Arnold, Ryan Kwon, Greg Strand, Philip Abode, Arloa Sutter, Bill Taylor, David Park, Noel Castellanos all spoke at the EFCA national meeting will feature guest blogs here over the next few weeks.

Two weeks ago, I featured a guest blog from Ruth Arnold on the matter of gospel diversity and a guest blog along the same lines from David Park. Last week, Arloa Sutter shared about how the Church can help the poor. This week, Bill Taylor shares his thoughts.

Bill Taylor is the Executive Director of the Evangelical Free Church of Canada. You can follow them on Twitter @theEFCC. Let me add that I was in Vancouver, BC, yesterday and mentioned this article, so I hope it is helpful. Also, I will be keynoting the EVFree Canadian convention in Winnipeg this August.

We hear much about the "culture wars". While they still rage with much fury in the US today, Christians in Canada lost the wars here many years ago. We may be tempted to lament the demise of Judeo- Christian values. Please allow me to share why I do not, and to suggest some ABCs regarding life after losing the culture wars.

A. "A" stands for Attitude.

Paul tells us to have the same attitude as our Lord Jesus Christ (Philippians 2). What is that attitude? In a word, humility. I once heard the noted apologist Paul Chamberlain preach on Philippians 2. The title of his message? "Humility, the Ultimate Apologetic". It seems to me that as Western Christians we suffer from a bad case of entitlement. We feel entitled to have our morals enshrined in law, to being the dominant religion of our culture, to having power to set the nation's agenda. After all, we all live in "Christian nations", don't we? I don't want to debate whether Canada or the US were built on deist or Christian principles, but I do want to remind us that our God blesses the "poor in spirit", not the proud.

We do well to model our attitude on the Saviour who, in humility, gave His life away.

The first century church had little power in the culture, yet it did quite well. Historical examples abound; the church doesn't need to possess political clout in order to exhibit spiritual power. In fact, political influence is often quite detrimental to spiritual vitality. So, yes, in Canada (and increasingly in the US) we live in a multicultural country, in a pluralistic land of many religions. We are not the only game in town anymore. We can be angry that our place in the sun has been eclipsed, that our religious hegemony has been undermined. We can become paranoid that "everyone" is out to get us (all those militant atheists!).

I believe, however, that we do well to model our attitude on the Saviour who, in humility, gave His life away. We now have to earn a hearing. But let's not despair! In fact, "they" aren't all atheists out there! In Canada, we have an entire generation that hasn't had a bad experience in church! What a great opportunity to make sure their first experience is a good one! Let's not assume that the academic elite's hostility to evangelicals is shared by the general populace. Many average folks are curious about the church, the gospel, Christians, and this humble man we believe to be the Son of God. If we share our lives with them, they will often ask us "to give an account for the hope that is in" us. This we have great opportunity to do – with the correct attitude of "gentleness and respect" (I Peter 3:15).

We need to reevaluate what we believe regarding a number of key issues. First, what do we believe about our citizenship? As a child of God, I belong to a different kingdom. I am Canadian — but I am not a Canadian first. This is not my home — I am a "stranger and alien". This means that I need to expect to feel uncomfortable here. When folks change the rules so that I feel less cozy here – that is not a bad thing at all. Instead of being angry about it, perhaps I should be… thankful?

Do I really believe that my call as a Christ-follower is to impose moral conformity on the masses?

Second, do I really believe that my call as a Christ-follower is to impose moral conformity on the masses? I am not saying moral truth isn't important, but if (when?) I lose the debate and my country legislates a new morality that I don't agree with, is that the end of the world? It wasn't for first century Christians.

Rodney Stark's The Rise of Christianity chronicles how early Christians lived out their faith in stark contrast to the morality of the day (I will highlight this in the last point). While external legislation and laws are important, are we not a people who really believe it is only the inward change brought about by the power of the gospel that really transforms lives and culture for eternity? Many outside the church view us as modern day Puritans – social control freaks who want to impose our morality on them and to oppress people by running roughshod over human rights. This is not a fair caricature, but what would happen if we really believed that the gospel (not the government, a political party, or a social agenda) was the source of our hope?

Related to this is a third belief: what do we believe about Jesus? Do we really believe that Jesus is unique? John Ortberg's book Who is this Man? is a great reminder that Jesus is the central point of all history: He is the only hope for this world because He is the only one so uniquely qualified to save it! I have no hesitation sharing with my friends that Hyundai can meet their automotive needs – do I have the same passion to share the merits of Jesus?

Rodney Stark reminds us that the early church led with what they were for, not with what they were against. They took in abandoned children and raised them as their own; they treated women and slaves better than anyone else; they cared for the sick during plagues when no one else would. They lived out the heart of their Lord, so it is no wonder that many joined them. Perhaps we need to act more like a persecuted minority and adopt a subversive leavening strategy in the culture, rather than taking the demanding stance of the moral majority. Why not lead with what we are for rather than being known mostly for what we lobby, march and rail against?

We do not act like the gospel is the power of God very often.

A number of years ago, we in the EFCC changed our credentialing procedures to allow pastors to write something positive regarding social issues rather than just writing against an issue. So, we asked pastors to write something on the Bible's teaching on human sexuality and the sanctity of life. The result? Very few pastors took us up on the offer. They continued to write against things. I'm sorry, but I think God is for sex. He designed it. He left us some great biblical passages to tell us how to enjoy it according to His plan (Proverbs, Song of Solomon, I Corinthians 7 anyone?). It seems that we are so used to writing against things that we cannot articulate well to the culture what God loves and what He has lovingly designed for our good! What if we modeled the marriages, the families, care for the poor, and the treatment of the immigrant and the oppressed in a manner that demonstrates the heart of God as early Christians did? Friends, it is show-and-tell time. In a pluralistic culture we must first show others that we are Great Commandment people before we will be invited to tell them anything. And when we do tell them something, it needs to be centred on the gospel – on the person of Jesus Christ.

We do not act like the gospel is the power of God very often. It seems to me that we tend to centre our ministry on things like buildings, budgets, programs, personalities, politicians, Christian athletes or… a million things other than the gospel. The early church was disenfranchised – they had no Christian bookstores full of Christian books written by Christian celebrities – yet Jesus somehow still built His Church.

Since we at EFCC began to act more like first-century Christians in Canada, we have planted more churches and shared the gospel with more regularity. We have a long way to go, but maybe, just maybe, our new disenfranchised status will move us to focus on what is most important, and to rely on the Spirit's power for life and ministry. When we do, He will help us learn to speak the truth in love. May we embrace our weakness, may we ask our God for His strength, may our attitude, beliefs and centre lead us to share good news once again with people who desperately need to hear it.

Here is a video of a panel I (Ed) hosted at the EFCA national meeting and that Bill participated in as a panelist:

Mission and Ministry after Losing the Culture Wars, a Guest Post from Bill Taylor

Mission and Ministry after Losing the Culture ...