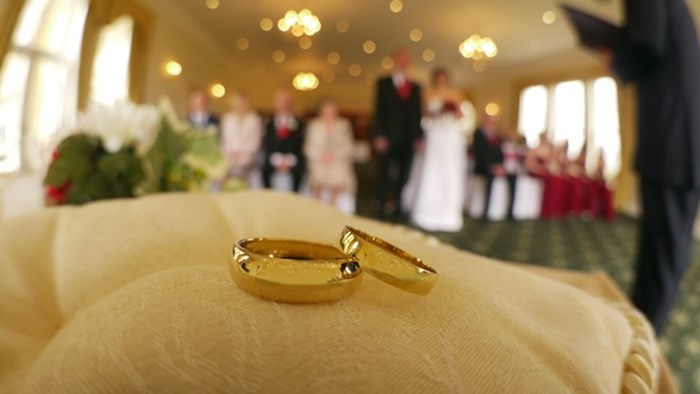 Ron Edmondson, helpful as usual, this time in the area of marriage.

I've shared recently about ways we injure our spouse without even knowing it. You can read the husband's post HERE and the wife's post HERE.

A common request after those posts is that I should share ways to strengthen the marriage. I should note that I'm hesitant to offer what appears to be therapy by list, because a good marriage is far more than a formula. Actually, all of life is, including leadership. Any area of our life where people are involved — which is pretty much all our life — can never be reduced to 7 steps or 7 suggestions. Plus, just being honest, it's always easier to point out the problems than to fix them.

Well, for one, that's the way I think. I also know, however, that one reason some enjoy my blog posts is that I give lists which people can easily identify with and apply to their own life. finally, lists can be effective. I may post more about this idea later, but I don't believe we can always determine outcomes, but we can often determine the things that stimulate or encourage outcomes. (Again, I may post more about that later.)

One suggestion someone offered as a way to improve a marriage is to consider the opposite of the ways we injure our spouse. Just take the 7 points in each of the above referenced posts and do the opposite of them. That's good, but I thought I would add some more. Another list of stimulants.

Do you want to strengthen your marriage? No, there's not a formula. But, maybe some of these ideas can help.

Here are 7 simple things you can do to strengthen your marriage:

Share calendars – It seems simple, but it gives Cheryl great comfort to be able to follow my schedule throughout the day. I know many spouses, probably especially some men I know, reject this idea as too intrusive, but for us, it has strengthened our relationship. Cheryl knows who I'm meeting with, what the key stresses of my day are, and usually what time I should be home so we can eat together. (Or if we have dinner plans.) She loves living life with me. For most wives, they go through their day thinking about the people they love. (Not that men don't, but it's different for most of us. We tend to think only about the thing we are concentrating on at the time, whether that's work, our hobby or our family.) By sharing a calendar there are fewer surprises for Cheryl (and me). Sure, everyday is full of things we didn't plan, and we can spend the evening talking about those, but it helps us feel a part of each other's day when we have a general idea of what we are doing.

What Expiation Means for You (4 Things)—Trevin Wax

Good stuff as usual from Trevin.

This spring's Gospel Project for Adults and Students leads participants through the "Atonement Thread," which helps people put the Bible together to see how the theme of atonement runs from Genesis to Revelation.

For the past several Thursdays, I've featured contributions from some friends who are examining the beauty of the atonement from different angles. We began with Brandon Smith, who wrote about the mysterious beauty of penal substitution. Nancy Guthrie pointed us to the story of Hosea and Gomer to help us understand the beauty of redemption. Then, Jared Wilson showed us what it means to say that Christ is our ransom. And last week, Matt Capps explained how the atonement is meant toinfluence us. Today, my friend Adam Mabry looks at the atonement through the lens of expiation.

Adam Mabry is the Lead Pastor of Aletheia Church in Boston, MA—a growing, diverse church passionately committed to bringing the truth, grace, and the changing power of the Gospel for the glory of God and the good of all people. He has also planted churches in Edinburgh, Scotland and is a guest speaker at various events around the country. He and his wife, Hope, have four children.

I could tell she felt terrible. I had just blessed and dismissed the congregation, and she headed straight for me. She was convicted. She was guilty. She didn't know what to do. Her name isn't important, but her pain is. Hers is the pain we all share because of sin. The story she shared chronicled anger, sexual brokenness, depression, and defeat. "I just feel so terrible, Pastor." It was heartbreaking to hear, and I hear it all the time.

Deep sadness over sin is something we all feel. We forget, of course, because our cultural moment has moved into the stage of collective depravity wherein we celebrate sin instead of hiding it. We plaster depravity on magazines, billboards, and web ads.

Who's feeling guilty? Underneath all that puffery, everyone is. Even to those who've never heard the gospel, their thoughts still condemn them (Rom 2:14-15).

So what of the atonement is good news to a guilty world, hellbent on assuaging their collective consciences through every other possible means? What of the gospel do we tell them?

This little vote in a not-so-big city in Chattanooga is very significant. The article explains why. I give my thoughts on how unions lost their way here.

The United Auto Workers union suffered a crushing defeat Friday, falling short in an election in which it seemed to have a clear path to organizing workers at Volkswagen AGVOW3.XE -1.94% 's plant in Chattanooga, Tenn.

The setback is a bitter defeat because the union had the cooperation of Volkswagen management and the aid of Germany's powerful IG Metall union, yet it failed to win a majority among the plants 1,550 hourly workers.

Volkswagen workers rejected the union by a vote of 712 to 626. The defeat raises questions about the future of a union that for years has suffered from declining membership and influence, and almost certainly leaves its president, Bob King, who had vowed to organize at least one foreign auto maker by the time he retires in June, with a tarnished legacy.

"If the union can't win [in Chattanooga], it can't win anywhere," said Steve Silvia, a economics and trade professor at American University who has studied labor unions.

The UAW said that "outside interference" affected the outcome of the vote. "Unfortunately, politically motivated third parties threatened the economic future of this facility and the opportunity for workers to create a successful operating model that would grow jobs in Tennessee," Gary Casteel, the union official in charge of the VW campaign, said in a statement.

Under an agreement the UAW has with Volkswagen, it now must cease all organizing efforts aimed at the Chattanooga plant for at least a year.

A win would have marked the first time the union has been able to organize a foreign-owned auto plant in a Southern U.S. state, and would have been particularly meaningful, because the vote was set in a right-to-work state in the South, where antiunion sentiment is strong and all past UAW organizing drives at automobile plants have failed.

The Chattanooga workers had been courted steadily for nearly two years by both the UAW and the IG Metall union, which pushed Volkswagen management to open talks with the UAW and to refrain from trying to dissuade American workers from union representation.

Pastor and Innovation Leader at LifeChurch.tv, Bobby Gruenewald, joined guest host LifeWay vice-president Dr. Eric Geiger to explore the themes of technology, leadership, and innovation and the church on this episode of The Exchange. Bobby oversees the Digerati, Media Design, and Communications teams as well as the LifeChurch.tv Open, Network and United operations. In this clip, Gruenewald talks about next generation leaders. Don't forget to join me every Tuesday at 3:00 PM Eastern for The Exchange.