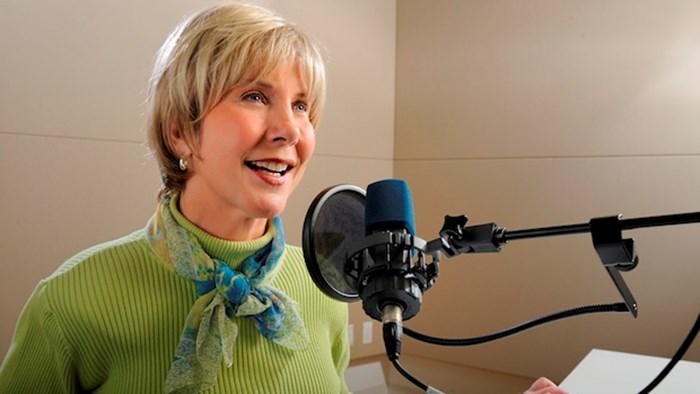 Joni Eareckson Tada: "This is no time to be wagging our finger"—Laura Turner

Did I mention that I love Joni Eareckson Tada? Here's why.

It was the little song that couldn't, and it didn't. The eponymous song from the film "Alone Yet Not Alone" was nominated for an Oscar, only to have the nomination rescinded after the story broke that its composer, Bruce Broughton, had improperly petitioned members of the music branch executive committee (Broughton is a member). He is also a former member of the Academy's board of governors, a group of representatives from each branch of the Academy.

But the fact that the Oscar nomination was rescinded has gotten a great deal of attention, especially since the Academy has only done so three other times in its 86 year history. I spoke again with Joni Eareckson Tada, popular Christian author and the voice behind the song, about her experience. (You can read her first interview here.)

How have you felt since the Oscar nomination got rescinded?

My first thought was, "You know, this Oscar was never mine to earn or to lose." That honor falls with Bruce Broughton and Dennis Spiegel, the songwriters. I'm mainly disappointed for their sakes. I may not know much about the way that Hollywood works, but it seems to me that every writer, director, actor, costume designer—everybody finds some way to promote their work during the nomination season.

If Bruce is ineligible for an Oscar merely because of an email to his friends asking them to give his song a listen, I think half of Hollywood should give back their Oscars.

Do you think it's Bruce Broughton's role as a former governor of the Academy that has gotten him into trouble?

I don't know—again, I really don't know the inner workings of Hollywood. It seems to me that his error was so small, so miniscule—he's not an Academy governor, he's in the executive branch of the music division, which means that he, of anyone, should be aware of the rules—and if he did not feel that he broke a rule, then why was the song rescinded? Was it because it was a low-budget, limited-release, small Christian film that most people felt should not be up against box office hits? I'm not sure, but I think it sends a sad message to independent filmmakers.

Who Owns the Pastor's Sermon?—Bob Smietana

Be sure to read Bob Smietana's article on who owns the sermon.

In the late 1970s, Sealy Yates was sitting in his California law office when Chuck Swindoll paid him a visit. Swindoll was then a relatively unknown pastor at First Evangelical Free Church in nearby Fullerton. He had run into some legal trouble and wanted Yates's advice. At issue: Who owned Swindoll's sermons—Swindoll or First Evangelical?

A few years earlier, Swindoll had allowed a friend to launch a radio program called New Standard for Living, which broadcast his sermons. The program had done well, and now Swindoll wanted to take a more active role by starting his own program. But his friend balked, and their dispute seemed headed for court. Swindoll wanted to avoid a lawsuit, and Yates asked if he could mediate the dispute.

Yates said, "I asked Chuck, 'Who owns your sermons?' His response was, 'I don't know.' " Yates eventually helped the two parties settle the dispute, resulting in two separate radio ministries. He also helped Swindoll launch Insight for Living, his popular broadcast ministry. After some legal research, Yates also crafted an agreement between Swindoll and the church that guaranteed Swindoll the copyrights and the intellectual property rights to his sermons. (There was a similar agreement crafted between Swindoll and Insight for Living.)

A copyright is the exclusive right to make copies, license, and otherwise exploit a literary, musical, or artistic work, whether printed, audio, video, or electronic. Intellectual property is whatever results from the original creative thought. For example, a sermon series may be copyrighted as such—a series of sermons. If the pastor also holds a copyright, he or she can then take content from that sermon series and create a book, for example.

Yates represents dozens of high-profile Christian authors, including Swindoll, David Platt, Mark Driscoll, and David Jeremiah. His firm's standard agreement recognizes that the pastor, as the creator, owns the intellectual property rights and has the right to determine copyright ownership. Who owns the pastor's sermon depends on the agreement between the pastor and his church. In all cases, the pastor is granting the church a license to use his written or recorded material.

What I learned moderating the 'creation debate'—Tom Foreman

Tom Foreman, one of my favorite CNN types, shares his insight on the creation debate.

(CNN) – It says something when a person shows up at the Creation Museum wearing a top that says, "This is my atheist T-shirt."

At least that's what I think it said. I saw it in a blur as she passed in the parking lot; a thirtysomething with a young boy in tow, striding through the bitter winds of Kentucky to visit a place that proclaims those who deny the existence of God are dead wrong.

I thought about chasing her down to ask her what had compelled her to come, but it would have been a foolish question.

She was here to see a fight. And I was here to play the referee, to moderate a debate on a question that has raged for well over a century: Was humankind created by God in a rush of divine power, or did we evolve over time with only nature to take the credit?

Or as the organizers put it: "Is creation a viable model of origins in today's modern scientific era?"

About 900 people snapped up tickets to this event just a few minutes after they went on sale, and I was told they expected at least "hundreds of thousands ... maybe a million or more" to watch as it streamed online.

It was not just the topic drawing the throngs. For this crowd, the debaters really mattered.

On the left (literally for the audience, and figuratively in every other way) was the champion for the evolutionary side.

Bill Nye, "the Science Guy," made fundamentalist Christian heads snap recently when he declared it was flat-out wrong for children to be taught creationism.

I met him in a room behind the stage as the audience milled around, waiting for the event to begin. Having just spoken to an adoring crowd of science fans at a university the night before, he feared he was in hostile territory.

Download this week's edition of The Exchange Podcast with Eric Mason.

Rev. Samuel Rodriguez is the president of the National Hispanic Christian Leadership Conference. He was nominated by TIME Magazine as one of their "100 Most Influential People in The World" and was the keynote speaker at 40th anniversary commemorative service at Ebenezer Baptist Church in Atlanta.

Sammy joined Ed to discuss the Latino Reformation and his new book The Lamb's Agenda (Thomas Nelson, 2013). In this clip, Sammy talks about how we can reach out to the Hispanic community. Don't forget to join me every Tuesday at 3:00 PM Eastern for The Exchange.