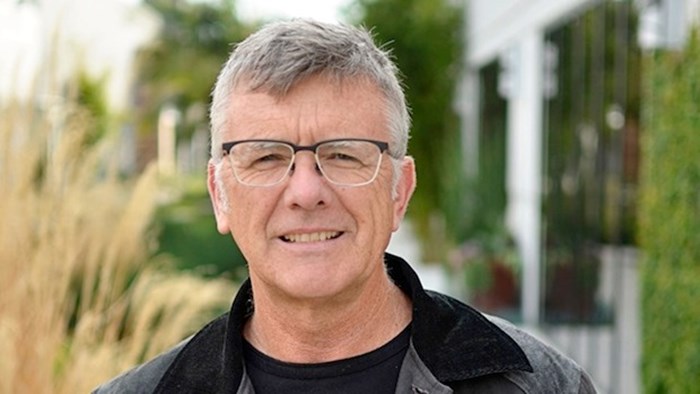 The Case for Big Change at Calvary Chapel—Timothy C. Morgan

I've had the chance to get to know Brian Broderson and found this article encouraging and helpful.

I met my wife Cheryl, Chuck's daughter, and we married. I was managing a surf shop. Chuck gave me an invitation to come on and train as an intern pastor. I was happy working at a surf shop and sharing the gospel. But Chuck gave me the invitation. He saw my fervency. He said, "I want to train you. Why don't we just give it a try and see what happens." Chuck really wasn't mystical. He had a phrase that he would often use: "God works supernaturally in very natural ways."

Long form religion reporting is rare but important… take a look at Eric's excellent work at the CNN Belief blog.

Lampedusa, Italy (CNN) – Abdel clung to his pregnant wife, 4-year-old son and 2-year-old daughter as they sailed across an open stretch of the Mediterranean Sea.

They were in a dilapidated fishing boat with limited provisions and almost no sanitation, sharing a cramped space with some 400 other Syrians.

Abdel prayed quietly and recited verses from the Quran for two days and two nights as the boat swayed and motored precariously along the 180-mile route from Libya to the tiny Italian island of Lampedusa.

If they could make it, his young family would be one step closer to freedom.

He knew thousands had died making the same voyage.

Abdel prayed for safety. He hoped land would come soon. He worried his wife, 8½ months pregnant, might give birth before they reached land.

Abdel and his family risked their lives to flee Syria for Italy.

"Our faith in God grew stronger and stronger," he said. "When you feel that death is very near, then you get closer to God and your faith increases."

Eight months earlier, Abdel and his family had fled Syria's bloody civil war. Desperate and destitute, they left behind cherished possessions. A former importer of electronics and appliances, Abdel knew it was time to go, but it still hurt to leave his homeland.

"We left because of the continuous bombing, all day and all night long," he said. "We owned two houses and they were both destroyed.

"The Army invited us to flee and leave Syria," he said, suggesting the "invitation" was less than polite. "We had no choice."

But his options were limited. The 33-year-old's compulsory military service took place in a prison, where he said he was privileged to sensitive information, including executions by the regime. As a result, he said, the Syrian government revoked his passport at the start of the conflict.

Relatives in Sweden wanted them to come there, but with no travel documents Abdel and his family had little choice but to flee to a refugee camp in Jordan. Two months later they arrived in Egypt, along with other refugees. From Egypt, they went to Libya, where they spent five months.

Abdel knew his family's best chance of getting into the European Union was by boat through Lampedusa.

After two days at sea, Abdel said, someone on the boat used a satellite phone to call for help.

An Italian Coast Guard ship soon reached the boat and guided it to Lampedusa.

At 4 a.m. on September 25, Abdel and his family arrived on the island before the sun rose over the blue waters of the harbor.

10 years of GetReligion: State of the Godbeat 2014—Julia Duin

The decline of religion reporting is often reported and with some reason. This article gives a look at the big picture and is worth reading.

Ever since the Washington Post dumped its massive On Faith blog, there's been more chatter about where the religion beat is headed these days. True, On Faith has found a new — and more attractively designed — home, but has anyone else noticed the Post spinning off other specialty blogs to new homes?

In late 2004, when I did an assessment for Poynter.org — "Help Wanted on the Religion Beat" — I mourned how major papers were increasingly hiring inexperienced journalists to cover religion news.

A decade later, it's a big deal if anyone — experienced or not — is hired to a full-time job covering religion.

Journalism has seen a sea change in the past decade-plus due to the Internet taking over how news is produced, distributed and funded. Every beat is feeling the pain, as reporters in all specialties — and above a certain age — are losing their jobs. Whole newspapers have gone online only, or cut back to only a few days a week. Not only have religion beat reporters been shed like autumn leaves, all sections of the typical newsroom have been hit with layoffs and buyouts, including one Chicago newspaper that ditched its entire photo staff in one swoop.

Looking back, perhaps the worst cut of all was the closing of the six-page Saturday religion section at The Dallas Morning News, which had been rated as the country's best for years. That was nixed in 2007 and its writers reassigned to other beats. At its peak, this section had four full-time religion reporters plus an editor, assistant editor, copy editor and a page designer. By the end of 2009, not one of these people remained. Word on the street was that the section wasn't selling enough ads to pay for itself.

Andy Crouch is the executive editor of Christianity Today, a leading thinker in evangelicalism and the author of Playing God and Culture Making.

In this episode, we discuss churches reaching their communities, social justice and Christianity Today's "This Is Our City" effort. Andy shares some great thoughts on legacy in this clip. Don't forget to join me every Tuesday at 3:00 PM Eastern for The Exchange.