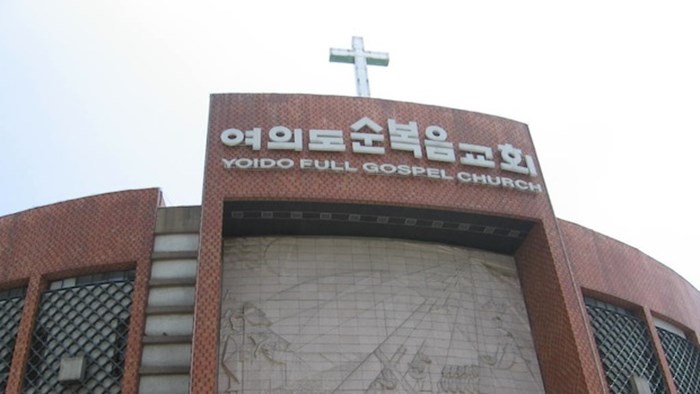 This is such a sad thing to read. There is some discussion going on about what happened, but the fact is that there is a conviction and the reputation of the church is harmed. Again.

Allegations arose in November of last year when 30 church elders held a press conference accusing Cho and his family of stealing millions in church donations dating back to the 1990s. The elders enumerated multiple instances of Cho's dishonesty that involved him borrowing and never returning funds, acquiring enormous church donations without disclosing what they were being used toward and even taking an $18 million severance pay when he stepped down as head pastor in 2008.

One former church elder, Ha Sang-ok, was present at the press conference and urged Cho to come forward.

"A sect leader might violate the commandments and do as he wishes, but a pastor cannot do that. Over the past 14 years, I have met with Rev. Cho many times to try to persuade him to repent and return to being a great pastor, but the corruption has continued. That's why I had no choice but to disclose it to the outside world."

On February 21, Seoul Central Court found Cho guilty of embezzlement from encouraging church officials in 2002 to buy stock owned by his son at four times the market value, according to Yonhap News Agency. In addition to spending three years in prison, Cho will pay $4.6 million in fines as part of his sentence, though if the church elders were right this is still just a fraction of the total funds he stole.

This is not the first time Cho has been involved in scandal. In 2011, church elders accused the pastor of embezzling $20 million and privatizing church assets.

Yoido Full Gospel Church is an Assemblies of God-affiliated congregation and has grown exponentially since 1958 when Cho founded it. The church draws hundreds of thousands of worshippers to every service, according to PBS, making it the largest megachurch in the world.

16 Ways to Lose the Respect of Your Employees—Geoffrey James

Good advice for people with employees—a reminder I need. Actually, I read a couple of them that I need to work on.

If the people you work with (or who work for you) don't respect you, they'll question your every decision--and keep one eye on the door as they continually look for somewhere else to work.

Based upon the newly published book "Culture Without Accountability--WTF" by Julie Miller and Brian Bedford, here are some respect-killing behaviors to avoid at all costs:

Expecting other people to respect you when you're disrespecting them is an exercise in futility. With respect, you reap what you sow.

2. Permit disrespect to others.

Continuing to employ a jerk who disrespects coworkers is the exact same thing as disrespecting them yourself. Same thing with tolerating disrespectful behavior in a coworker. Remember: you're always defined by the company you keep.

While there are legitimate reasons (e.g. a sick child) why even the most responsible person might run late, those few and far between. If you're frequently late, people will know you don't respect them, lowering their respect for you.

People don't respect those who are all talk and no action. While you can miss a deadline or forget a task once in a while, everyone will eventually figure out that you're not accountable and thus unworthy of respect.

If you get bent out of shape when somebody points out that you screwed up (like by showing up late), you're telling them that you're not just a screw-up, you're a screw-up with a bad attitude.

My friend Boz passes on some neat info and shares about a new family book.

For as long as I can remember, people from all walks of life have approached me and shared how their life had been transformed through the work and ministry of Billy Graham. What makes these conversations so special to me is that Billy Graham is my grandfather, a man I've known all of my life as "Daddy Bill". In the past few years, my siblings and I decided it was time to share these stories – stories from the precious individuals who filled the stadiums, watched the television specials, and read Daddy Bill's books. Stories of hope, forgiveness, joy, and redemption. That is why I am so excited to announce the recent release of our new book entitled, Thank You, Billy Graham: A Tribute to the Life and Ministry of Billy Graham. This book is a compilation of just a sampling of these many amazing stories. In celebration of the life of one of the last great lions of the 20th century who also happens to be an amazing grandfather, I want to share a little bit of my Daddy Bill story.

Daddy Bill and I have always shared a common interest…the world of politics. We have had many interesting political conversations over the past many years. What always fascinates me is that he has been friends with so many of the subjects of our conversations! One of my favorites is the account of Daddy Bill's meeting Winston Churchill. He recalls being in London and receiving a call from Churchill's assistant asking if he was able to drop by the following day to meet with the prime minister. Daddy Bill turned down the invitation because he was scheduled to travel to Scotland the next morning. Yes, my grandfather turned down the opportunity to meet one of the greatest heroes of the 20th century because of his commitment to tell others about Jesus! Fortunately, that was not the end of the story. The assistant called back and asked if he was available to meet the prime minister that same evening. A few minutes later, Daddy Bill was in a cab heading to 10 Downing Street!

New York Times bestselling author and speaker Stephen Mansfield joined me to discuss a wide range of topics, such as the faith of past and sitting presidents, church leadership, and manhood. In this clip, Mansfield explains the difference between righteous and dominating manhood. Don't forget to join me every Tuesday at 3:00 PM Eastern for The Exchange.