Multisite churches are no longer just a fad—they are growing in Evangelicalism and beyond.
Ed Stetzer 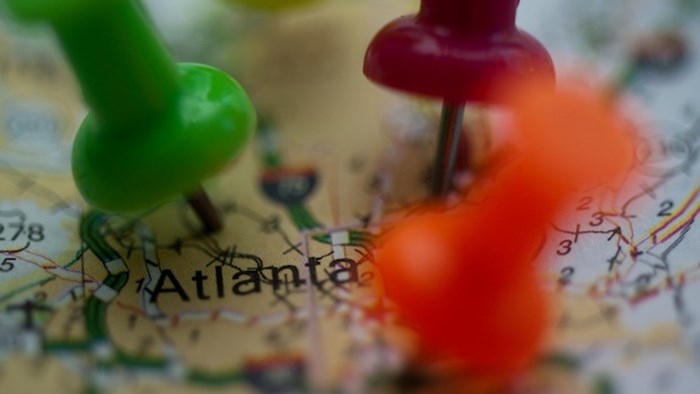 My friends at the Leadership Network recently released a preview to their newest study on multisite churches. Here's a rundown:

Dallas, TX (Feb. 20, 2014) - The multisite church movement (one church in two or more locations) is growing rapidly and shows no sign of slowing down:

Leadership Network recently conducted the largest cross-denominational survey of multisites ever. With our sponsor Generis, we are inviting you to a virtual press conference on Wednesday March 5th at 4pm Eastern to preview the findings from our recent survey of multisite churches (see link below). It will address often-asked questions including:

The online press conference will share major findings (15 minutes, with slides) and then take questions from participants.

In addition to the conference, we would like to offer you an advance (embargoed) copy of the full report on March 6th, before we release it to the public on March 11th.

We've already begun previewing some of the findings on our blog in these two posts:

To register for the briefing and obtain the conference link and phone please go here: https://www2.gotomeeting.com/register/506237426

LifeWay Research has done a significant amount of research in the area of multisite churches, and I have written a number of blog posts on the subject, particularly regarding in-person versus video preaching.

1. Multisite is the new normal

Among recent church trends, we continue to see multisite churches becoming more and more common. No longer just a new trend, they now number more than 5,000 churches, and growing. Among the 100 Largest churches, we find only 12 have a single campus (although one church did not report how many campuses it has). On the Fastest-Growing list, the number with a single campus is much greater—42, reflecting close to a split in the number of churches that do and do not have multiple campuses. Multisite is the new normal among large churches and widely embraced elsewhere.

Some once believed this move to grow via multiple campuses was a temporary trend, but it appears to be a trend that's here to stay. While it was once the domain of only the largest churches, we now see smaller churches deploying the same methodology. What's interesting to me is the number of churches that utilize a multisite methodology and are also committed to church planting. The two are definitely not exclusive of one another.

It was once the case that the only churches that expanded to a multisite model were those that simply were at capacity and could no longer hold the number of people that attended weekly services—this is no longer the case. Smaller churches who want to accomplish the mission of God by reaching their cities are now sprouting multiple sites.

2. There are still some concerns

Unfortunately, multisite churches still face their fair share of issues (which are very similar to large churches in many cases). The best ones overcome them, but many struggle with similar issues.

In a past article for Outreach Magazine, I discussed three concerns facing multisite churches that I see still apply today.

Despite a church's best intentions at new sites, sometimes certain pastoral duties get lost: scriptural assignments such as praying over the sick (James 5:14); watching over those placed in your care (1 Peter 5:1); discipline (1 Cor. 5); and breaking bread with the beloved (Acts 2:42). I know that those duties are supposed to be the job of the campus pastor, but we also know it sometimes does not happen. The focus is easily placed on the event more than the community. And sometimes that results in people come for the show without connecting to the community.

Connected to pastoral ministry is the community of faith itself. The church is not merely a gathering, but a united people who work together for the glory of God and the good of their neighbors. One of the weaknesses of event-driven multisite churches is that some tend encourage (unintentionally at times) a come-and-get mentality over a come-and-give ethos. Of course this is not only a problem for multisite churches, but the potential for the problem is significant. Don't misunderstand me; I get that it can work, but it's not easy. If you are going multisite, I hope it keeps you up at night, wrestling with ways to build community in a system that can easily discourage it.

Here are some key stats from our recent research:

After releasing this research, I had Bob Hyatt and Geoff Surratt weigh in on the issues. Here are excerpts on their posts, first from Geoff Surratt:

According to a new survey by LifeWay Research the answer is definitely, "No." There is a significant percentage of the population who have no interest in attending a church that employs video rather than in-person teaching. So what does that mean for the future of video teaching? Here are my takeaways from the research:

1. Live teaching will always be more popular than video teaching.

The survey shows that all things being equal people will choose live teaching. This is true outside the church as well. If the Denver Broncos offered a choice at Mile High Stadium between watching the game on a video screen or watching it live we'd choose live. That doesn't mean video isn't effective. Millions of people watch the NFL by video because TV offers big advantages over buying a ticket, driving to the stadium and shivering in the cold. But if all things are equal we'd rather see it live.

This is why churches often struggle filling video venues on the same campus as an in-person teaching venue. Unless there is a compelling reason to go to the video venue people will choose live teaching. A different style of worship or environment is seldom compelling enough to overcome the draw to see the preacher live and in person.

2. People often don't know what will or won't be effective until they experience it.

Before launching their new product Sears asked focus group participants if they would buy a remotely operated garage door opener. The response was overwhelmingly negative. Today suburbanites can't imagine getting out of their car to open the garage. If Steve Jobs had asked people if they would pay a premium price for a better MP3 player before building the iPod the answer would have been no. Henry Ford famously said if you asked the people what they wanted they would have asked for a faster horse.

Before Seacoast opened our first campus using video teaching we did focus groups. When we asked Seacoast members who drove more than 30 minutes to church if they'd attend a Seacoast site in their community they overwhelmingly said yes. When we asked if they'd attend if the teaching was by video they overwhelmingly said no. Most of those people now attend a campus with video teaching.

Its not surprising that people who've never been to a video venue told LifeWay they wouldn't go. People don't know what they don't know.

That's more than a third of respondents who would be completely turned off by a video sermon, with another third expressing a preference against them.

But even with that, it's clear that the majority of those asked, churched and unchurched, would prefer to be taught by an actual person they can know and be known by.

So why are so many churches choosing the alternative?

While I don't doubt for a minute the desire of those churches who choose this route to reach people for Christ, I do have significant suspicions that underneath it all is often a capitulation to celebrity culture—a belief that the big names will reach people best—and a desire for those ever-bigger crowds and the status and recognition that come with them. Too many pastors would rather have a multi-venue church with attendance of 5,000 than pastor a church of 500 that has planted ten other similar communities. It's easier to start a campus and beam my sermons to other locales than it is to raise up leaders and laypeople, bless and release them to begin a new work.

Video venues (along with mega churches and even personality-based smaller churches) try to parlay the gift of one or two people into something bigger and bigger. And in a world drowning in celebrity and branding I have to question whether this is really the direction the Church wants to go.

Like I said, I am not anti-multisite or anti-megachurch, but I am anti-consumerism. Church is not about being the best purveyor of religious "goods and services." And if a megachurch or a multisite thrives by appealing solely to the "come and see" mentality that is so prevalent, we will all regret it.

No matter the number of campuses your church has, reproduction is the goal--reproducing believers, ministries, groups and churches. That can be in a megachurch, multi-site church or, for that matter, in a house church.

So, if you are going multisite, make sure you stay focused on multiplying the mission of God—not just your brand of church or the reach of one person. Let's make it more than projecting the image of a pastor on another screen.