Preaching Christ from the Old Testament: Jesus in Every Scripture by Dr. Walt Kaiser Jr. 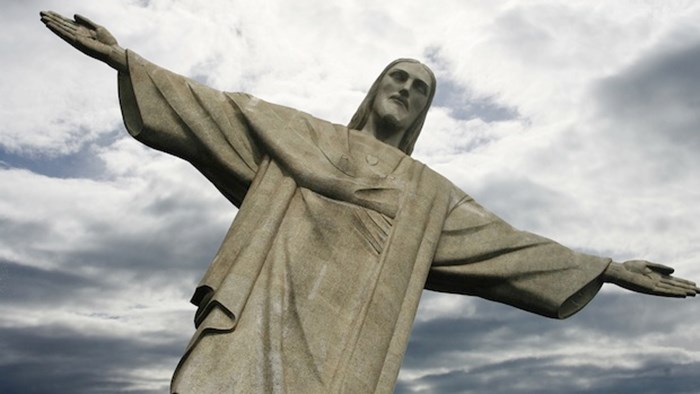 This is a guest post from Dr. Walter Kaiser Jr. Dr. Kaiser is President Emeritus and Distinguished Professor of Old Testament and Ethics at Gordon-Conwell Theological Seminary in Hamilton, MA. This is the second in a series of posts from Dr. Kaiser on the issue of Preaching Christ from the Old Testament.

In the past, I have hosted a number of guest authors on the topic of Christ-centered preaching, of which Dr. Kaiser was a part. You can find all eight parts to this series here: One • Two • Three • Four • Five • Six•Seven • Eight. Additionally, these posts were compiled into a helpful e-book which can be found here.

This is part three of our series on preaching Christ from the Old Testament. In this portion of our series, Dr. Kaiser explains what it means that ALL of the Scriptures point to Christ.

Much of Christocentric preaching tended to depend on a strong Biblical Theology, but a Biblical Theology that often wove together somewhat selectively somewhere around some twenty major biblical themes such as kingdom, temple, sacrifice, covenant, and the like; but it was one in which it allowed the preacher to leap, from anywhere in the older Biblical text, to a call for the listener to trust in the Lord Jesus, who was the author of so great a salvation, and who died, was buried and rose again. In the meantime the original pericope chosen as the text to be preached on lay unattended and underappreciated (if not totally untaught) by the teacher or preacher who had announced it as the text being exegeted.

But Scripture taught more than the facts about the person and work of Christ. Meanwhile, however, others, such as Graham Goldsworthy, likewise reported that "[t]he riches in Christ are inexhaustible and biblical theology is the way to uncover them." (Goldsworthy, Preaching the Whole Bible as Christian Scripture: The Application of Biblical Theology to Expository Preaching, (Grand Rapids: Eerdmans, 2000): p. 30.

Every single text of Scripture points to Christ….From Moses to the prophets.

This Christological truth was correct as an overall general thesis of the Bible, of course, but it did not embrace all the truth, neither did it capture all the distinctive teachings that were located throughout the whole canon and in many separate texts!

Yet, despite this emphasis on the fact that Christ was indeed at the center of the Bible, and that the redemptive emphasis was key thrust of most, if not all, of the Scriptures, it was difficult, indeed impossible, to lay the claim that our Lord Jesus must be found in every text of Scripture; indeed, on every one of its pages, as David Murray argued in Jesus on Every Page: 10 Simple Ways to Seek and Find Christ in the Old Testament (Nashville: Thomas Nelson, 2013).

This position is generally supported by referring to five Biblical passages that are often claimed to support the interpretive assertions of such exclusive Christocentric preaching, but in each case there was a tendency by those who adopted this view to say what President Al Mohler had concluded about this whole approach to preaching:

Every single text of Scripture points to Christ….From Moses to the prophets. He is the focus of every single word of the Bible. Every verse of Scripture finds its fulfillment in Him, and every story in the Bible ends with Him." (Al Mohler, He is Not Silent: Preaching in a Postmodern World [Chicago: Moody, 2008] p.96, as cited by Abraham Kuruvilla, Privilege the Text: A Theological Hermeneutic for Preaching, [Chicago: Moody, 2013, p. 248]).

Christ is found throughout the entirety of the Bible, and it is reprehensible that many miss finding him as he is spread over the pages of the Old Testament.

As with the names of the men already cited above, so we also have a high regard for President Mohler, but the emphases he and others are making, in this Redemptive-Historical emphases, is leading to a lopsided type of exegesis and preaching, which often neglects what Scripture explicitly teaches in its rush to tell the story about Jesus from the New Testament.

Therefore, it is best that these five passages be examined as carefully as possible to see if they did indeed support a Christo-exclusive or an exclusive Redemptive-Historical approach to Scripture. The passages that are assumed to teach that every single text has as its object the exclusive teaching about Jesus. They are: Luke 24:13-27, 44-48; I Corinthians 1:22-23; 2:2, and 2 Corinthians 4:5. Here we include a brief exegesis of each:

And [Jesus] beginning with Moses and all the prophets, .... explained to them what was said in all the Scriptures concerning himself. (Lk 24:27).

It would appear at first glance that this text validates the claim that every Scripture taught exclusively about Jesus, but it is important to notice that that is precisely what this text does not claim. Christ is found throughout the entirety of the Bible, and it is reprehensible that many miss finding him as he is spread over the pages of the Old Testament. However, this text is referring to every section of the three-part division of the Old Testament. This very point is clarified as that same text goes on in Luke 24:44 to say:

[Jesus] said to them, "This is what I told you while I was still with you: Everything must be fulfilled that was written about me in the Law of Moses, the Prophets and the Psalms. Luke 24:44.

This text shows, then, that our Lord was speaking how his person and work was to be found as a prediction of his coming in every part of the three-fold division of the Old Testament. But he did not affirm that every verse was exclusively or even solely about himself!

Next time, we'll share Dr. Kaiser's thoughts on a few more passages that deal with Christ at the center of the Scriptures.

Preaching Christ from the Old Testament: Jesus in Every Scripture by Dr. Walt Kaiser Jr.

Preaching Christ from the Old Testament: Jesus in ...