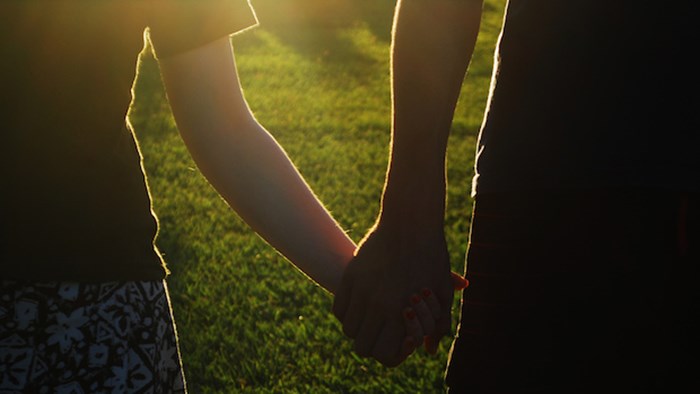 I can say those words and there are those of you who have just had your day ruined by an inanely catchy tune you can't turn off. The musical parody from The Lego Movie just sticks to your brain.

Oh yes. I said it again. "Bad stats." Or, at least in this case, bad reporting on them.

We've covered this more than once here.

I tend to think Christians use bad stats to reinforce their own song:

We sing that song quite a bit. But the problem is that the math is terrible too. And so is the reporting.

80% of Unmarried Evangelicals Have Had Sex?

Almost 3 years ago, RELEVANT magazine ran a story penned by Tyler Charles that was using 2009 data from the National Campaign to Prevent Teen and Unplanned Pregnancy.

The story, entitled "Almost Everyone Is Doing It," made waves because of its lead sentence: "Eighty percent of young, unmarried Christians have had sex." The data was followed by a barb at conservative evangelicalism: "Eighty percent. So much for true love waits."

Major outlets such as CNN, Forbes, and Huffington Post ran the story, generously quoting those calling for an end to the chastity campaigns as major failures. John Blake, with CNN, began his story this way: "True love doesn't wait after all."

Blake finishes his piece with this: "So what should a Christian parent or youth pastor do? How do they convince more young Christians to wait until marriage, or should they stop even trying?"

The Problems It Caused

Erik Kain, mocked evangelicals and their abstinence-only programs in Forbes: "Abstinence only education relies too much on the fairy tale that all our hormone-addled teenagers and young adults have deep reserves of self discipline. Better to be prepared than to stick to your guns at all costs."

Other progressives went even further, claiming the data proves evangelicals have been putting their teens in danger. Tanya Somander demanded evangelicals give up their abstinence programs because they're "not providing adequate information for those teens who do become sexually active." She finished with, "as more and more Christians abandon long-held stances on sexual intercourse, these policies will be an increasingly outdated and even dangerous position for the faithful."

There is a problem here—it turns out that the question asked if they considered themselves as a "born-again Christian, evangelical, or fundamentalist," not if they actually were practicing. (As a New Yorker living in Tennessee, I assure you that every person I meet here seems to say they are born again much like everyone in my neighborhood growing up was Catholic. Except they were not.)

Therein is a big part of the challenge—as Ted Olsen pointed out his this article / graphic. When young evangelicals do, well, evangelical-ish things, they look very different.

It is not dissimilar to the claim that "Chrisitans and non-Christians divorce at the same rate," that I addressed here. Well, that's probably true, if you will accept the fact that the 75% of Americans who say they are Christians are actually Christians, regardless of whether or not they do Christian-y stuff.

In this case, the splash was the evangelical connection. And, yes, defining who's an evangelical has been a land mine issue for years in the research world. However, this study used a definition of evangelical that simply wouldn't fly with most evangelicals—especially evangelical researchers. 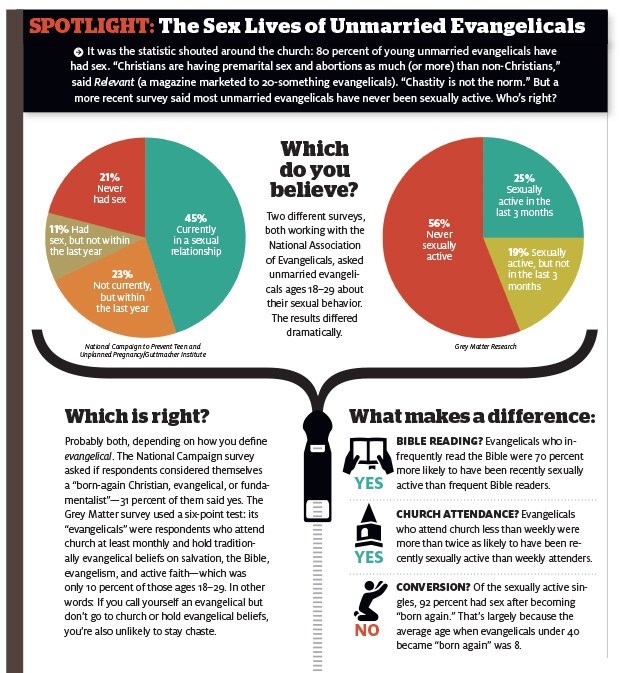 Bad stats. When will we learn? Is anybody willing to own it?

Thankfully, at least one person is.

Tyler Charles. Charles is author of the original piece in RELEVANT magazine.

On Monday of this week, Tyler Charles wrote a helpful mea culpa over at High Calling. In it, he admitted what he called his own "amateur" journalism and confessed to being guilty of "hyping bad stats."

In the recent article, Charles confessed, "the statistics upon which my entire article hinged were, how should I say this, um...iffy. At best… the data had been extrapolated from a study designed to determine something completely different."

Charles explains, "after closer examination, the sample size was too small to legitimately make the claims I had clearly and consistently made." Charles stepped forward because "I couldn't justify the conclusions my article suggested."

As a researcher, I'm less concerned with the sample size in this case than I am with the conclusions made in the article (and elsewhere). The sample size was fine for one data point (people who say they are "evangelical, fundamentalist, or born again" have had sex at __%.) But, we need more than that to make such shocking conclusions about those "evangelicals."

Hats off to Tyler Charles for having the humility and the integrity to face his critics and say "you were right" and "I was wrong" after he inadvertenly set off the stats storm.

But usually what do we hear when someone spreads bad stats? Crickets.

I like RELEVANT. I've written for them. They've used our data and I've quoted their articles. And, everyone makes a mistake (as Charisma did with this article—and I just finished an article for Charisma!).

But, this is what happens when you put out a bad stat.

It travels. And it causes harm.

Such are our lives as kingdom citizens living in a broken and sinful world in need of Jesus.

For more about what I've written concerning the problems of Evangelicals and bad stats, see articles: here and here and here, and I talk about it here.

(Disclosures: LifeWay Research is working on a research definition—in partnership with the National Association of Evangelicals—for evangelicals. I work at LifeWay, and we also publish True Love Waits.)