At the intersection of faith and politics, Christians must consider the Golden Rule.
Ed Stetzer 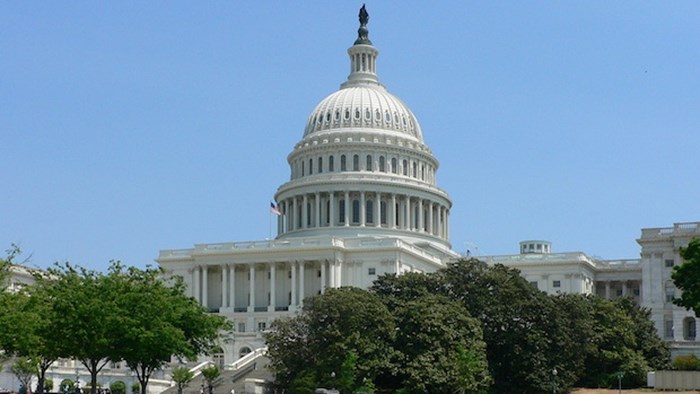 The political atmosphere at this moment in history in the United States, and around the world, is a tumultuous one. As tensions mount in the Middle East and Eastern Europe, foreign policy within American politics is being more hotly debated than it has in the last few years.

We're at a place in the American political landscape in which our country is polarized. I know many say this is a bad thing, but elections have consequences. Democrats have moved left and Republicans have moved right. They are representing their constituencies.

Increasing polarization can (and does) lead to some paralyzation.

However, increasing polarization can (and does) lead to some paralyzation. Paralyzation (not always a bad thing in regard to government, by the way) often leads to accusation.

And that, my friends, is where we find ourselves—polarized, paralyzed, and filled with accusation.

And that's not good for our republic.

Now, I am NOT of the view that "getting along" means that Republicans do what Democrats want them to do (or vice versa). Instead, I am concerned about the discourse of that conversation.

For example, with the many benefits that come along with the digital age comes a whole new realm in which to disparage and disrespect. Instant communication has enhanced polarization, and Christians must resist the temptation to conduct themselves in sinful ways that do not reflect the love and humility of Christ.

And, as we've shown before, the more you go to church the more likely, statistically, you are to vote Republican, and the less you go the more likely you are to vote Democrat. (Before you argue that comment and get upset at me for writing it, read this article—it's just math that both parties acknowledge.) And it has an impact on the discourse as well.

How People of Faith Can Help

To help deal with the growing negative tone in politics, my friends at The Faith and Politics Institute have launched the "Evoking Our Better Angels in Politics" initiative, and I think it will help with better engagement in the politic sphere.

We came to D.C., met with members of the Senate and House, talked to one another, and then were asked how we, as prominent religious leaders, might try to impact that tone. I reflected a bit on my visit to Washington D.C. in a blog post.

The Faith and Politics people explain:

As part of its mission to help bridge the divides that arise in a thriving democracy, The Faith & Politics Institute upholds the value of respectful dialogue both as a spiritual value and as an essential element of a functioning democracy. In the spirit of Abraham Lincoln, who called upon Americans on the eve of the Civil War to "listen to the better angels of our nature," The Faith & Politics Institute throughout its history has sought to evoke the best impulses of political leaders to solve complex problems with courage and compassion. The Faith & Politics Institute has also been working with dozens of prominent Christian leaders with diverse political views who are committed to using their leadership positions to support the best impulses of those in politics and combat excessive political polarization. These Christian faith leaders agreed in 2012 to join together in a ministry of reconciliation to promote greater respect, understanding and cooperation in the political realm.

Christians Can and Should be a Part of the Solution

The intersection of faith and politics is an interest of mine, particularly how Christians conduct themselves at this intersection. Because, for example, while 85% of Americans want to keep "under God" in the Pledge of Allegiance, the United States in becoming an increasingly secular nation, which means evangelical engagement in public policy is going to get much stickier.

As followers of Christ, we are called to a standard of loving our neighbor (Mk 12:31) and treating others how we'd like to be treated (Mt 7:12), and, contrary to what many may think, Christians are not exempt from these standards when they post their political rants to Facebook or otherwise.

Pray for our nation, and love others no matter what political views they espouse.

The Faith and Politics Institute has developed a statement which they are encouraging people of faith to sign in an effort to rally around the the Golden Rule. It's not really a statement of common faith, as I (and others), don't find that helpful. Instead, it's an agreement that a common approach—the Golden Rule—would guide us at the crucial intersection of faith and politics.

Here is a bit of what a number of Christians have already pledged:

As I seek to apply the Golden Rule to political discussions, some of the things I will do are:

As Simple as the Golden Rule

To further understand what it means to apply the Golden Rule to political discussions, one could ask another question: What are things I don't want other people to do when I am in a political discussion with them? Common answers to that might be that I don't want them to get angry, assault my character, impugn my motives, make broad generalizations, distort my position, etc. The Faith and Politics statement continues:

As I seek to apply the Golden Rule to political discussions, some of the things I don't want to do are:

I have signed the statement, and perhaps you would like to as well. Christians are called to a standard of righteousness that, in many ways, will seem foolish to the world. If you claim the name of Christ, how you conduct yourself regarding political matters reflects on the person of Jesus. This is a responsibility Christians mustn't take lightly.

I encourage you to pray for our nation, and love others no matter what political views they espouse.

As Christ has loved the church, so ought the church love the world—sacrificially and driven to show and share the love of Jesus.

Read more about applying the Golden Rule to politics here and here.