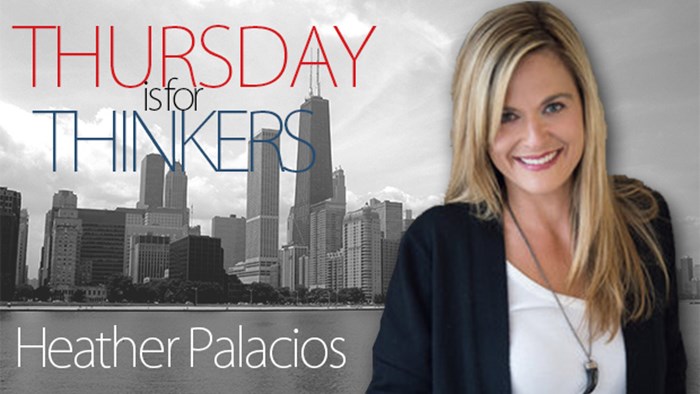 The following guest post is by Heather Palacios. Heather is married to Raul Palacios and together they serve at Church by the Glades.

Heather is also founder of "WondHerful" an online venue dedicated to encouraging people with mental affliction through daily, one-minute blog posts (http://WondHerful.com) and social media (@WondHerful). Heather explains that she is a diagnosed manic-depressive and shares a bit about that on the blog today.

She wrote this blog, and picked the title, to talk about this important issue. Feel free to engage her in the comments.

When I was 8 years old I wrote a suicide letter to my grandma and mailed it. Naturally, very concerned, she turned it over to my parents. Who in turn, had me meet with a Christian counselor. Little did I know then, that that would mark the beginning of a lifelong journey with a battle in my mind. Along the way, I would fight these battles in my mind, not knowing how to, but knowing that for survival I needed to. During my adolescent and young adult years, I ended up fighting these battles with alcohol. And on a couple occasions, when I just didn't want to fight any more, I tried taking my life.

When I was 8 years old I wrote a suicide letter to my grandma and mailed it.

Fast forward to the summer of 2000, I was twenty-three years old, a newlywed to a godly bi-vocational guy who was a businessman and a singles' pastor. On this one particular day, I woke up with an overwhelming (and unattainable) schedule. I was hosting a houseguest, working a shift at my job, volunteering as an administrator for a pastor's conference, co-leading the singles group with my husband, administrating for a women's ministry, and training for a marathon. Basically, this time, I was battling my mind by running away from it by saying, "yes" to everything and everyone.

As I tried to carry myself through this day, I snapped. I didn't want to battle my mind, I didn't want to fulfill all my commitments, and I didn't want to live. I decided I was going to take my life. In a contradicting calculated-but-crazy moment, I drove to the drug store, called my husband to say good-bye, purchased a bottle of booze, drank the entire bottle, and went back to my car to execute my plan. Being numb allowed me to bash my head repeatedly into my car dashboard. Like a rabid animal, I bashed my head as I clawed skin off my legs. Over and over and over, bashing my head as it started to bleed.

When I had told my husband good-bye on the phone, he had managed to keep me on long enough to learn of my location. That would be huge. By the time Raul arrived, I had evolved into an uncontrollable, inconsolable monster. The best Raul could do was put his hand in between my head and the steering wheel and with his other, call 911. It took six EMTs to wrestle me out of the car. They strapped me down at my head, shoulders, wrists, waist, and ankles and injected me with tranquilizers. The ambulance ride was a blur because I was so sedated. However, in the emergency room I do remember seeing a security guard the hospital had assigned to my room, as they treated my injuries.

It took six EMTs to wrestle me out of the car.

Six hours later, a social worker arrived to announce that I was being transferred to a psychiatric ward. She explained, "Ms. Palacios, on the paramedic's report, it shows that you stated you wanted to kill yourself. In the state of Florida, it is the law that if a victim poses a threat to herself or the community, any police officer witness to this must complete a Baker Act form. This form states the victim be detained for a mandatory seventy-two hours in a psychiatric ward until analyzed and cleared by a state-appointed psychiatrist." As she walked out of the room she turned and said, "A van will be here momentarily to transfer you to the psychiatric ward."

With vomit and blood all over me, a shoe missing, my hair disheveled, and a concussion, I was transported in the back of a van by two men. The men deposited me at the ward, where I was left in a hallway, in a wheelchair. Eventually, a nurse escorted me to a room, but it was more like a cell: four plain walls, a bed, and a chair. She made me strip down. The only possession I was allowed to keep was my socks. That night in the psych ward, I didn't sleep. I spent the night wide-awake with God: confessing, meditating on His promises in the bible, listening for Him, reflecting on my life, and supplicating my needs. It was that night that I would realizethat when God is all you have left, you have everything you need.

I resolved that if God would put me back together, I would spend the rest of my life living for Him and fighting for this cause. I knew that because I was still breathing, God wanted me to keep going. Don't get me wrong; the comeback was harder than the setback. I would go through fifty-two weeks of intense Christian therapy, undergo prescription treatment, accept the side effects of that treatment, and surrender my responsibilities at church. This daunting comeback also meant Raul would walk through it too. He had to live with me; even more, he had to love me. And he did.

It's been fourteen years since I went crazy that hot summer day in July. I am still getting Christian counseling, and will continue to submit to their recommended care. But I've kept my promise to God that I made that night in the psych ward: every day I live for Him and can't wait to fight for this cause.

One thing I have learned is that many of us will fight battles in our minds, but it does not mean we have to lose the battle. God is sovereign; I believe that He created my mind, when he created my life. He didn't make a mistake in either. But with Him, I can (and will!) do ALL things, because through him, nothing is impossible. Not even coming back from crazy.

The Pastor's Wife Who Went Crazy: A guest post by ...