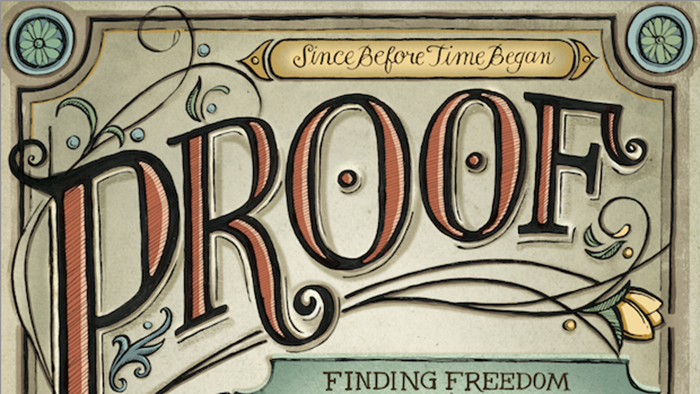 Daniel Montgomery planted Sojourn Community Church in the fall of 2000 in Louisville, KY; he has been serving as the Lead Pastor since. He is the founder of Sojourn Network, a group of evangelical, reformed baptistic churches committed to planting, growing, and multiplying healthy churches, which began in 2010. Daniel is also co-author of Faithmapping, and PROOF: Finding Freedom Through The Intoxicating Joy Of Irresistible Grace.

Daniel, what was your purpose is writing yet another book on the sovereignty of God? There are a lot of those, you know. What makes yours different?

We're calling people to mystery because whatever we have to say about God's sovereign grace should always lead us to worship in doxological praise, which is what Paul does in Romans 11 after talking about election and mission in chapters 9 and 10. And we also emphasize paradox; Soren Kierkegaard said, "One should not think slightingly of the paradoxical; for the paradox is the source of the thinker's passion."

We want thinking that results in passion! Instead of merely arguing for truth, which is important, we want to highlight the beauty and joy of coming under the influence of God's intoxicating joy of irresistible grace. In the process, PROOF highlights both divine sovereignty and human responsibility, God's plan and our participation, God's mission and our ministry.

Yeah, but, can I pass this book off to my neighbor who may not be as theologically educated as a pastor or Bible scholar? What does PROOF have to say to the unbeliever or new believer that's not familiar with the Reformation or lofty theological matters?

We purposefully removed as much theological jargon and Reformation language as possible from the first six chapters. This wasn't to hide our purpose; it's to help people from a broad range of backgrounds to be clothed with grace. People at Sojourn Community Church rarely, if ever, hear any Calvinistic language or even the solas of the Reformation. Instead, we simply talk about pastors from the past, like Augustine and Martin Luther and John Calvin and Jonathan Edwards, just as we also speak of contemporary pastors like Tim Keller, Matt Chandler, and yourself. 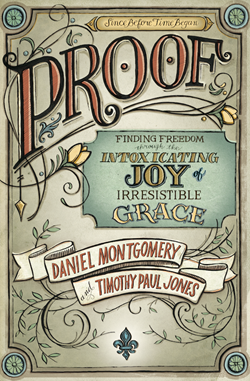 The challenge in preaching is to be bilingual. We need to speak the people's language and the language of the Scripture. Being bilingual is hard enough, but being trilingual is even harder, speaking the language of the church fathers and the Reformers in a language that our people understand. But, first and foremost, it's important to talk in a language so that our people can understand and know the truths of Scripture. That's why PROOF is built around the book of Ephesians.

PROOF is specifically designed for discipleship with a new and growing believer in mind—someone with no background in the church. So, yes, buy PROOF in bulk and hand it out at your next block party!

There's a modern affinity with zombies, the living dead, and that's a great metaphorical picture of life apart from God. We're dead and we're seeking life. Apart from God's resurrecting grace, we would remain dead in our sins and rebellion, seeking life where it can't be found. "But because of his great love for us, God, who is rich in mercy, made us alive together with Christ, even when we were dead in transgression."

You're a Calvinist. You make no apology for that, I assume. But what are some weaknesses and potential areas of growth for Calvinists or others with similar theologies?

In one sense, yes, I'm an unapologetic Calvinist. But, in another sense, we have no interest in trying to follow the teachings of John Calvin. We do believe, however, that the Reformation and the later five points from Dort were basically faithful to the teachings of Scripture when it comes to describing how people are saved.

In an appendix that wasn't finished in time to make it into the book, Timothy described some of the strengths and weaknesses of the various approaches that end up being called "Calvinism." That appendix and chart are now available on the website for the book. It's helpful for understanding the ways that we are and aren't Calvinists.

Many Calvinists have a tendency to emphasize getting the message right more than getting the message out. We want to put the emphasis on getting it right, getting it in, and getting it out. Some Calvinists also tend to get angry with those who don't agree with them, and I think this may be an unfortunate consequence in those who are preoccupied with getting it right in regards to doctrine. In our zeal for truth, we can easily forget there is orthopraxy that is as important as orthodoxy, and this orthopraxy calls for humility and gentleness in our words and lives.

If you could summarize the main message of your book in one sentence, what would you say?

God accepts us not because we've earned it or deserved it but because he gives it freely at Christ's expense.

Here are some additional resources:

Upcoming Calvinism Debate Aug. 27th in Chicago, IL. Live stream will be available, and you can find more information on the website here.

Also the free resources are available at: www.proofofgrace.com.

Free download of the Proof EP (of songs from each chapter by Sojourn Music) here.