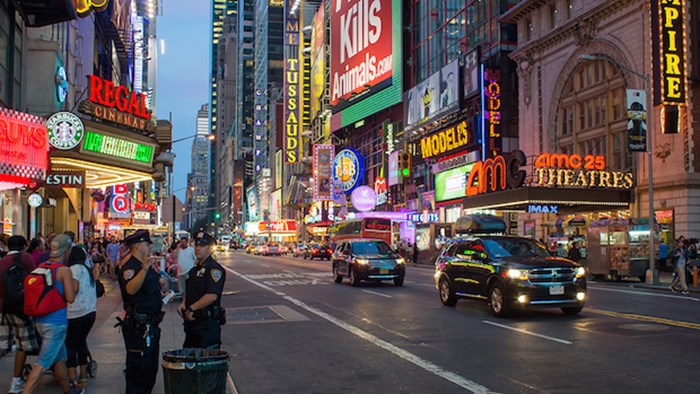 People have a tendency to get willfully locked into their way of doing ministry.

I've said many times before that if the 1950s were to make a comeback, there would be all too many churches who could go on without missing a beat. The good news is that they found a ministry strategy that works. The bad news is that the only people they reach now are seventy years old.

People have a tendency to get willfully locked into their way of doing ministry.

Before long, the ministry strategy is as old as the congregation and the church that once thrived with innovative ways to reach their community has now shriveled to a handful of people that have completely lost touch with the surrounding neighborhood.

Now, church is more than a body that engages its community. It should have certain biblical marks and should be focused on eternal purposes. However, it must also must take the faith it believes and live it out in context.

Church Should Impact the Community

There should be a difference in the community because the church exists, and if it left for some reason, there should be a void that's felt. Unfortunately, that's not often the case. We become more about church preservation than community transformation.

Perhaps no one sees this more keenly than church planters. Many are entering communities with a church presence that is long gone. They find it easier to simply start a church, with new, innovative strategies that will engage the modern community.

This alone will not solve the problem, however. Should that church survive another fifty years, they could find themselves in the very same position as the dying churches around them.

Solely pursuing cultural relevance is not the answer. Relevance is a tool; gospel proclamation is the goal. When we pursue relevance as the goal, it leads to an unhelpful pendulum swing in church culture.

Relevance is a tool; gospel proclamation is the goal.

Don't Get on the Pendulum

At one end of the spectrum we have "pop psychology" preaching that is intended to be appealing to the culture at large, but is devoid of the Gospel. From this perspective, you get sermon titles like "three ways to a good marriage," "five steps to a stress-free life," or "four keys to obedient pets."

The next generation realizes that this preaching isn't working so well. They swing to the other end and reject cultural relevance entirely in order to get back to a "pure preaching" of the Gospel. In their quest, however, they can fail to engage the culture around them.

I could name names and organizations, but that swing is evident in our culture today—both extremes are taking place before our eyes. It's not helpful and the pendulum swings are not reaching others with the gospel.

I would contend that there is a better course of action rather than going with the winds of evangelical church culture. Not surprisingly, it's found right in the Bible, with the example of Paul.

In Acts 17, he visits Athens and the narrative clearly exemplifies Paul's engagement and understanding of the culture. He quotes Epicurean and Stoic philosophers and poets, and then intentionally builds a bridge to the Gospel.

There is a better course of action rather than going with the winds of evangelical church culture.

Paul beautifully portrays a timeless strategy for evangelism that doesn't overreact, under-react or counteract. Instead, it's a prayerful choice to consistently have a discerning ethic of engaging culture. In order to reach our contemporary counterparts, we need to follow Paul's example and build bridges so that we can preach the Gospel in our own age.

This isn't always going to feel very comfortable. Here in North America, our culture is becoming more resistant and less overtly Judeo-Christian. Recent surveys show that a little more than seventy percent of Americans identify themselves as Christians. However, if we define a Christian as someone who, by faith and grace, has trusted in Christ and has been redeemed and changed by the power of the Gospel, the number drops dramatically.

The downside to this is there can be downright hostility to the Gospel. The upside is that, as "cultural Christianity" is no longer popular, it is encouraging a more robust desire within Christians to get serious about their faith.

I think a big part of this answer is seen in Acts 1:8, just before Jesus ascends to Heaven. Jesus' disciples were looking to Him for an overt coming of His Kingdom, one demonstrated through political and military power over the Romans. What they missed was that Jesus' Kingdom had already come. It's already broken into the world and it's breaking into the world, only it doesn't look like the world would expect. It's subversive and underground, yet very real and present.

We need to know our culture and context and engage it well.

Just like the disciples, we can look around and see certain cultural indicators that are going the wrong direction. We can subvert this broken world order, however, by serving those who are hurting and sharing Christ with those in need. In so doing, we live as agents of gospel transformation in a time when it's so desperately needed. Jesus compares us to yeast and small seeds that go in, mix, grow, and change everything.

Thus, we need to know our culture and context, engage it well, live for Christ and subvert the brokenness around us, and do it in culturally relevant ways.

Paul was unashamed to say, "What you have worshiped in ignorance, this I proclaim to you" (Acts 17.23). I am struck both by his boldness and savvy. May we all be bold and wise as we engage an increasingly hostile and confused culture around us with the greatest news the world has ever known—Jesus Christ, the way, the truth, and the life.

For more resources on the topic of contextualization, see these related blog posts: