Churches and pastors must respect the razor's edge between obscurantism and syncretism.
Ed Stetzer 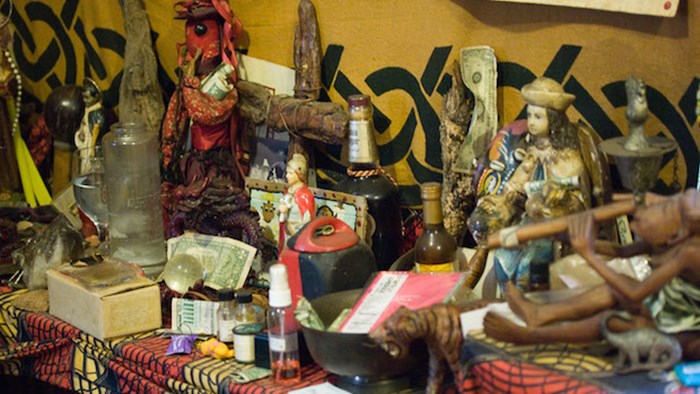 Last Tuesday, we learned about obscurantism and how to avoid it. This week, we look at the opposite problem, syncretism.

A quick search for the word "contextualization" on this blog will reveal how important I believe it is for the church that truly wants to engage in God's mission. I have written and spoken on the subject extensively. And though I don't believe it to be the totality of the missional conversation, it is central, and I will continue to remind churches of it's importance.

When it comes to issues of contextualization, however, Christians and churches must be careful to not fall to the right or the left. In my last post, I described what I believe to be one of the major issues plaguing American Christianity: obscurantism; that is, obscuring the gospel by emphasizing things that are actually external to the gospel as being central to it. The end result is a false gospel that becomes a stumbling block to those Christians and churches are trying to reach.

If obscurantism is the danger to the right of the razor's edge, then the equally harmful danger of syncretism lies in wait to the left. (These ideas are laid out in much greater detail in the book The Word Among Us: Contextualizing Theology for Mission Today.)

Syncretism, in this case, is the mixing of Christianity with something else such that they become a different gospel. Syncretism can take place with a postive-thinking gospel, a nationalist emphasis, or emerging culture. Syncretism happens more than we might know.

When anything is added to the message of the gospel, the uniqueness and sufficiency of Christ is compromised and another gospel can be created that is, well, actually not the gospel. In this, obscurantism and syncretism are closely related, each leading to the creation of a false gospel.

Syncretism can be most easily seen when two or more starkly contrasting religions are mixed.

Syncretism can be most easily seen when two or more starkly contrasting religions are mixed. Around the world, examples are readily available where Christ has been preached in places with long and various religious traditions. In many cases, pieces and parts of the traditional religion will remain while Christ is added to the mix.

Recently, I was in South Africa and was able to visit several townships. Traditional religion among the indigenous people often included visiting witch doctors and other types of healers for physical healing and spiritual direction. It's not uncommon for new believers in that context to want to continue visiting the spiritual healers around them.

Obviously, visiting those who actively practice witchcraft for healing or spiritual direction dilutes dependency on Christ, changes the gospel, creates a mix of multiple gods, and thereby denies Christ his rightful place as the one and only Lord in the life of the believer. Those who would mix these practices, if not moving away from them, end up with a false, syncretistic gospel, not the gospel of Jesus.

Haitian Voodoo is an example of syncretism that mixes African animistic religious practice with Christianity. The Raelian Movement, Bahai'i, and various neopagan religions also draw from Judeo-Christian belief and mix it into various belief systems and theological structures. Each of these examples is obviously not Biblical Christianity.

These are not the result of the gospel of Jesus, and it is clear.

Those are obvious. Yet, they tend to be far from the mainsteam of evangelicals who might be reading this article. There are, however, far less obvious examples of syncretistic belief that can impact the gospel we preach and display.

For example, many Boomer/seeker-sensitive churches, in an effort to reach very practical, pragmatic Boomers have become largely devoid of the gospel, exchanging it for practical positive thinking without gospel transformation. That's synscretism.

To be clear, I am not saying all Boomer or seeker churches are this way, and I am not trying to paint the movement with a broad brush. But there is a contingency of churches that have emphasized trying harder and being a better person over the gospel of grace. "Living a good life as a good person," particularly under your own power, is not the gospel Jesus announced.

It is actually quite the opposite, and it has created a gospel that dilutes dependency on Christ and denies His lordship. It is syncretistic.

Likewise, some in emerging contexts (or the emerging church of a few years ago) have contextualized the gospel by softening difficult theological truths, which also changes the gospel—it's syncretism.

Danger on Both Sides

Both errors are dangerous as each leads to a false gospel. The difficulty is that when you are more afraid of one, which most churches are, you almost always fall into the other.

Each error is dangerous and fearing one more than the other often leads a church directly into the one that is less feared.

Some churches are so afraid of syncretism (though they tend to use the term "compromise" rather than the technical term) that they push back against any change from the tradition they've known. They define syncretism as changing musical styles, getting a tattoo, or having different hair length.

On the other hand, there are those who are so upset with the established church that they run away from it and everything connected to it, including some parts of the gospel. They fear irrelevance to the point they bend and shape the gospel to fit nicely within the culture. In the process, the true gospel is lost and a syncretic version of it emerges.

The challenge we face, then, is charting the course down the middle. Context matters. A lot. Just as important, though, is avoiding the pitfalls that lie to the left and the right.

Read more about how to do that in the "contextualization" catagory mentioned earlier, and read last week's post on obscurantism for more on that pitfall.