Christians must not obscure the gospel by seeing other issues as more important.
Ed Stetzer 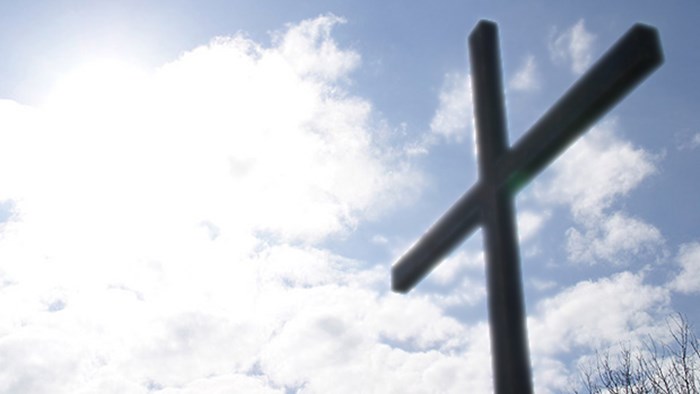 "I can't go to your church, I'm not a Republican."

That was what a pastor friend of mine heard from a neighbor to whom he was reaching out. He eagerly replied, "You don't have to be!" to which his friend responded, "But everyone at your church is."

That's hard to argue when it is true.

So, why does that matter? Well, it matters in a way that might surprise you. You see, this is not a blogpost about politics, but about the gospel—and the need for it to be clearly understood.

Not Politics, But Gospel

"I can't go to your church, I'm not a Republican."

At this point, there are lots of ways to respond to that demographic reality. I'm going to focus on one line of thinking—if unchurched people note that all their Christian friends are Republicans, they can assume that to be a Christian is to be a Republican.

They see a direct, correlative relationship between the Republican party and the Christian faith—and that's a bad thing if you want people to know that the gospel is not politics.

Since this will probably rile people up, let me illustrate this another way.

Hawaii, the Movie and Missions.

James Michener was a Pulitzer prize-winning American author known for writing books based on deep and intensive research into historical and cultural data. One such book was entitled simply Hawaii, and recounted the history of the islands in vivid detail. A film by the same name was made from a chapter of the book, as well.

Included in Michener's retelling of the islands' history is the evangelization of the native people by missionaries.

There is some debate about its historical accuracy, which I will soon explore more on that subject. And his book is not focused on the element that I will draw out. However, the movie portrays the encounter between the missionaries and the natives in a way that illustrates this point.

The problem is that missionaries over the years have waned back-and-forth over the idea of contextualization (translating the never-changing gospel into an ever-changing, dynamic culture); and sadly, at this particular time in missionary history, missionaries were not terribly savvy about the myriad issues of cultural context. And, of course, the movie plays up that reality.

So, stereotypically (and with my embellishment to make the point!), male missionaries began preaching the gospel from their big black Bibles in their black suits under the shade of their wide-brimmed black hats. The women with them were walking the shores of Hawaii spreading the good news in hoop skirts and bonnets while the native women listened intently in their grass skirts and other traditional attire. Even so, converts were made.

We must be careful not to obscure the gospel for the sake of an idea or truth that is less important.

However, an unintended effect materialized. A scene later in the movie shows the new Hawaiian believers gathering for worship; and all these Hawaiians who had been in traditional island attire (because they love Jesus and want to live like Christ) are all wearing hoop skirts and bonnets and black suits and black hats while carrying big black Bibles.

The movie got the problem right—maybe not in the exact words we would say it now, but the idea was there. The movement was hindered there at the shore—it struggled to spread inland.

One of the reasons is that people incorrectly understood what it meant to become a Christian. To become a Christian was to literally change their clothes. Other Hawaiians were less open to the gospel, because they didn't understand it as an internal work of grace that affected people on a spiritual level.

They saw it simply as an outward physical change that was more American culture than it was Christian.

Now, there are LOTS of historical errors in that film, and I am only drawing out a sliver of the movie, but one important truth it can illustrate: cultural expressions that accompany the gospel, for good or bad, can actually obscure the gospel.

As Christians, we must be careful not to obscure the gospel for the sake of an idea or truth that is less important. Your view on the Affordable Care Act or the next election may seem important to you; but maybe it shouldn't reach the level where you need to post on it three times a day and question the motives of people on other side, particularly in the name of your faith.

You can go ahead and complain on Facebook about who shut down the government if you'd like, but you might just unknowingly shut down a much more important conversation.

The promotion of lesser ideas and practices we espouse actually obscures the gospel.

You see, obscurantism is when someone confuses the gospel with some idea or expression external to the gospel.

Just as the people in the movie confused dressing a certain way with following Jesus and many modern Americans equate Christianity with the Religious Right, there are many opportunities for unbelievers to misunderstand the gospel because of our words or actions.

Dean Gilliland explained that we become "so attached to our conventional ways of practicing and teaching the faith that we veil its truth and power from those who are trying to see it through very different eyes" (The Word Among Us, 1989).

The promotion of lesser ideas and practices we espouse actually obscures the gospel—hence obscurantism.

In an obscured version of Christianity, it appears as though you have to do particular things that are not actually the gospel in order to follow Christ, because all the Christians you know do them.

It could be as simple as a change in dress or hairstyle or musical tastes; or it could be bigger issues like political bent or a particular worldview. But, it could be a hundred other things—I just gave two examples. Ultimately, seeing these things as the gospel is actually a false gospel.

In all reality, the fictionalized missionaries in Hawaii did not cause the obscurantism there; they wanted to communicate the gospel clearly and precisely. They did, however, allow the gospel to be obscured by external issues, and it had impact.

Culture is asking questions about our faith—big questions, and we should be, as well.

I think one of the most pressing questions we must ask, and the one I will leave you with is what obscurantism are we allowing in our churches and among our people that hinders the gospel?

Maybe the more difficult follow-up question is what must we do to change it—what might it cost us to let go of the thing that obscures the gospel for the unbelievers around us?