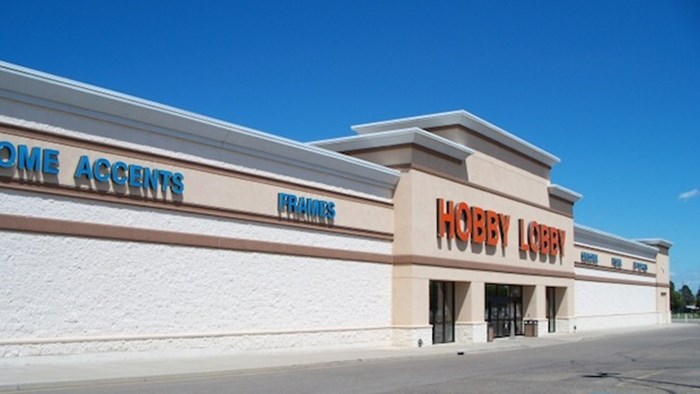 The U. S. Supreme Court has given the Obama administration (and, hopefully the world) a lesson in religious liberty—the government cannot (and must not) require people of faith to violate their sincerely-held beliefs.

The ruling in favor of Hobby Lobby and Conestoga Wood Specialties underscores religious liberty as our "first freedom." The freedom to exercise religion, enshrined in our Constitution's Bill of Rights, has been called "the cornerstone of the American experiment" because it is from our religious freedom all of our other freedoms flow.

Before the ruling, former U.S. Solicitor General Ken Starr pointed out that religious liberty was certainly at stake behind the legalese of the arguments being made by the U.S. government:

If the Supreme Court accepts the government's formalistic argument (that a corporation cannot exercise a right tao free exercise of religion), it will deal an unnecessary blow to the cause of religious liberty and simply create incentives for families of conscience to carry on their business enterprise in another form. The Greens will, win or lose, be able to carry on and continue their admirable mission to serve a cause higher and nobler than their own commercial success. But something very valuable—the nation's historic commitment to religious freedom—will have been needlessly compromised.

The Court has, at least in part, agreed. You can read the PDF of the Court's decision here.

Below is a graphic from a LifeWay Research study conducted in November of 2012, showing that most Americans support mandatory contraception coverage through ObamaCare. In other words, the Supreme Court has seen a religious freedom issue where Americans do not. See the full research for more details, but the chart tells us that the majority of Americans were on the other side of today's ruling. 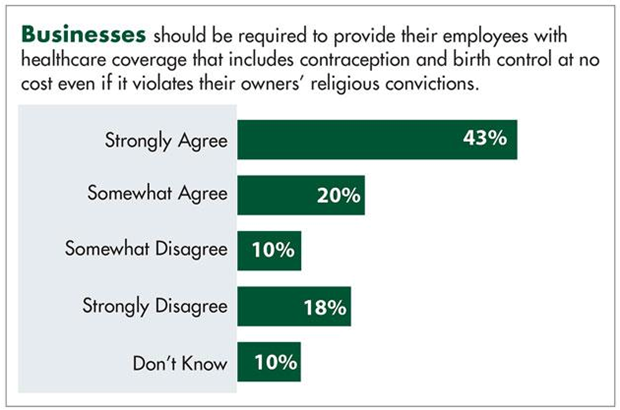 Perhaps it is helpful to note that this isn't simply a "freedom to worship" issue, it is a "freedom of religion" issue. As Rick Warren pointed out in our video conversation, it has become quite common to hear the debate framed in terms of the "freedom to worship," a subtle but not inconsequential change in the DNA of the "freedom of religion" protected in our Constitution. Religion (faith) belongs to every sphere of life, rather than a singular identifiable activity engaged or performed in a limited portion of life.

You can see that video here:

In addition, earlier this year, I highlighted a Pew Research Study that shows the U.S. government is increasingly hostile to religious liberty in this country. It is not persecution, but it is an encroachment of religious freedom.

In spite of the media's (and some progressive Christians') dismissal of the issue, according to our LifeWay Research study last year, the majority of Americans, and the vast majority of its Protestant pastors, believe religious liberty is on the decline. 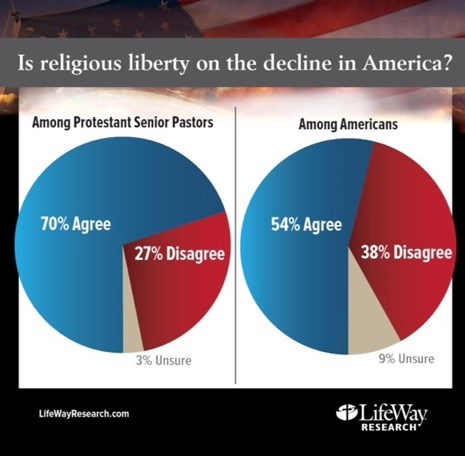 So, where do we go from here? I suggest four things we might consider.

1. Understand the Shift in Our Culture.

The subtle loss of religious liberty in this country is connected to a broader, deeper issue in our society. If there's anything we should take away from the Supreme Court ruling it is this: the ruling simply does not match the will of the people in the United States—Americans are not with evangelicals and Catholics on this issue.

Our freedom is eroding, but it's still enormous. Let's live like it.

Facts are our friends. Most Americans are not as passionate about the religious liberty issue (when connected to contraception, even abortifacient contraception) as most evangelicals and conservative Catholics. Our LifeWay Research data (and about every other study) shows a majority of Americans support the idea that employers must supply contraceptives to their employees. Thankfully, the Supreme Court is showing more concern about the potential loss of religious freedom than the average American (and some evangelicals).

2. Pray for Rulers and Those in Authority.

We continue to have the opportunity to impact our culture as agents of God's kingdom. Even though we don't have the cultural influence we once enjoyed, we are free to influence through the proclamation and power of the gospel.

You can't hate a people and reach a people at the same time.

The answer to the decline of religious freedom and the change in the moral climate is not found in waging incessant cultural wars, filled with rage at our changing culture. Simply put, you can't hate a people and reach a people at the same time.

The biggest problem with our secular neighbors and coworkers isn't that they don't share our biblically-grounded morality. It's that they have not yet experienced the grace and love of Jesus in saving faith.

4. Use the Freedom We Have.

It's easy to lose sight of the big picture—far too many evangelical Christians want to focus on the "War on Christmas" because the clerk at Wal-Mart says a generic, "Happy Holidays." Remember, we still have great freedom here while Christians around the world are being killed for converting. Our freedom is eroding, but it's still enormous. Let's live like it.

Let's live like the resurrection people, adorning the gospel with lives of grace. Even in our passion to defend freedoms increasingly at risk, let's remind ourselves this generation is desperately in need of the love of Christ, lived and shared.