It's Abuse, Not an Affair, and It Appears We Need to be Reminded... Again... 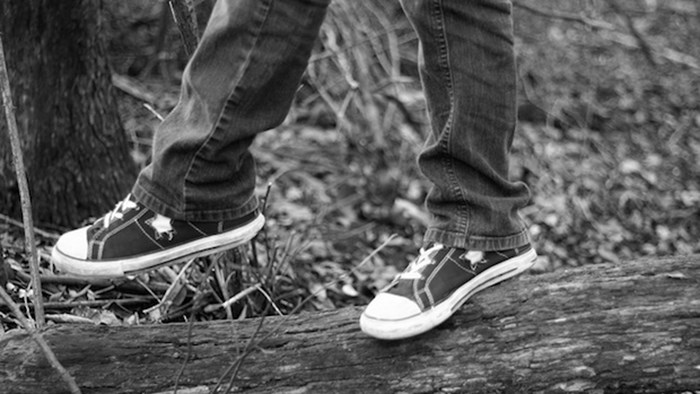 Generally, I'm not a big fan of such approaches—they often trivialize important things. However, hashtags such as #YesAllWomen and #BringBackOurGirls have made headlines in the past few months for the power they've wielded in raising awareness about serious issues of justice.

But two hashtags that became trends last week did more than raise awareness, they helped shape a conversation that we just need to have.

Two Hashtags You Should Visit

#TakeDownThatPost and #HowOldWereYou were created after Leadership Journal posted an article from an anonymous youth pastor that painfully understated a predatorial sexual relationship with a female member of the church youth group (you can read the entire article in its original form here.) The well-meaning article was intended to demonstrate that sin can and will destroy your ministry and life.

Statistics tell us that you and I worship with a child sex abuse victim every Sunday.

However, outraged readers took to the Twitterverse with #TakeDownThatPost. At the same time, in order to highlight the problem evangelicals seemingly have in acknowledging the extent of sexual abuse within its own culture, Karen Swallow Prior (@LoveLifeLitGod) created the #HowOldWereYou to give voice to those who've been similarly abused. Here is Karen's post on the subject. Leadership Journal agrees with the outrage against the post, as per its takedown message and apology, posted on Friday night.

The issue is abuse.

There are a few things to be said regarding the post of the anonymous pastor:

Let's be frank. This was not an "extramarital relationship." This was abuse and statutory rape. The anonymous youth pastor is serving time in prison and will be a registered sex offender for the rest of his life because he is guilty of being a sexual predator.

Children, including teenagers, don't commit adultery with adults. There is no "consent." Our courts have rightly determined that teens are incapable of consenting to sex with an adult.

Here's part of what the anonymous pastor stated (and what provoked the outrage):

The "friendship" continued to develop. Talking and texting turned flirtatious. Flirting led to a physical relationship. It was all very slow and gradual, but it was constantly escalating. We were both riddled with guilt and tried to end things, but the allure of sin was strong. We had given the devil far more than a foothold and had quenched the Holy Spirit's prodding so many times, there was little­-to-­no willpower left. We tried to end our involvement with each other many times, but it never lasted. How many smokers have quit smoking only to cave in at the next opportunity for a cigarette? We quit so many times, but the temptation of "one more time" proved too strong. Like David, my selfishness led to infidelity.

This convicted felon doesn't get it—perhaps that should not surprise us. The fact that WE don't get it should concern us.

Much of his post is excuse-making. His chief problem (he thinks) is that he ruined his ministry and his life. Almost nothing is said about the child abuse victim. Rather, she is presented as an equally consenting partner in the sexual activity. And he's minimizing the nature of his sexual perversion. The abuse of a minor is not an immoral act between consenting partners. Both are sin, but one is a crime.

The youth pastor was/is a predator. This youth pastor is guilty of abusing a child who had been entrusted to him.

The anonymous youth pastor is anonymous because he's in prison as a rapist. He doesn't seem to be able to bring himself to use the words "child," "victim," "rape," or "abuse." His language suggests he's deluded himself into believing the sex was consensual.

Raping a child cannot be compared to other kinds of moral failure. Abuse is trivialized with these kinds of "quit smoking" comparisons. A 30-something youth pastor taking advantage of a teenage girl, both sexually and emotionally, goes beyond the bounds of desecrating the marital bed and playing the role of infidel. With or without the charges and conviction, a youth pastor preying on a teenager is abuse.

We don't see the signs. We miss what's right in front of us.

The power and the trust that go with a position of responsibility and authority have been perverted (a problem that is central to the Jack Schaap, Penn State, and too many other scandals).

We still don't get it.

Evangelicalism continues to whiff on opportunities to wage war against abuse within its own walls. We don't see the signs. We miss what's right in front of us. As such, we enable the perpetrators.

I agree with abuse victim advocate Elizabeth Esther, who wrote in a piece concerning the Leadership Journal article, "a predator loses the right to tell his side of the story right about the time he decides to PREY on a CHILD. Because the ONLY story that should garner attention is the VICTIM'S story" (emphasis hers). Leadership Journal gave the rapist an unfortunate platform for manipulating empathy and gaining credibility.

More of us need to be listening. Anyone who thinks this is simply a minor issue in American evangelicalism hasn't been sitting in counseling rooms. Statistics tell us that you and I worship with a child sex abuse victim every Sunday. My friend Boz Tchividjian thinks our response has been worse than the Catholics simply because we tend to be so insular and have not responded as aggressively—he may be right.

We need to talk to survivors. We need to listen and learn about child sex abuse, rape, and clergy abuse. We need to spend quality time with counselors and groups like G.R.A.C.E. that can help us give support to those who've been scarred by horrible sin.

We need to listen and learn about child sex abuse, rape, and clergy abuse.

I encourage you to go to Twitter. Use the search box in the top right hand corner. Type in #HowOldWereYou. Read. Learn. Weep. Pray.

The preyed upon are among us. We begin to help them by refusing to whitewash what has happened to them. We respond to men like this youth pastor:

It's not an extramarital affair that ruined your ministry. It is abuse. It must stop. Now.

Ironically, today, child predator Jack Schaap is appealing his conviction for rape at the same time this was happening.

It's not adultery. It's abuse.

It was Christianity Today that listed one of my first articles on child sex abuse in their "quotables" section.

It simply read, "It's not adultery. It's abuse."

And it still is.

It's Abuse, Not an Affair, and It Appears We Need to be Reminded... Again...