Meriam Yehya Ibrahim, a Sudanese woman once sentenced to death for marrying a Christian, has been freed.
Ed Stetzer 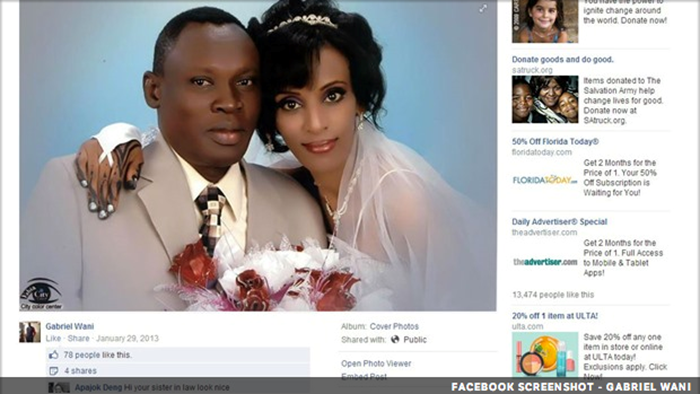 Meriam Yehya Ibrahim is a 27-year-old Sudanese woman who was sentenced to death for committing apostasy by marrying a Christian man. Thankfully, Monday morning, this human rights horror story ended with the freedom of Ibrahim. But questions still remain. Ibrahim, who says she has never been a Muslim, was recognized by the government as such because she was born to a Muslim father, and Sudanese law requires a child to adopt the religion of their father. Thus, when Ibrahim married a Christian man, the government claimed she committed a crime by converting from Islam to Christianity.

There is some debate about whether this is, or is not, apostasy according to Sudanese (and Islamic) law. While that was important for the legal case, it misses a key question: why was this able to happen in the first place? Why was a Sudanese woman jailed and sentenced to death for converting to a different faith, however it is legally described? Further, why does this happen so often?

It would be naive to think this is not related to the sometimes complicated relationship between Islam and religious tolerance.

The Prevalence of Restriction

The subject of religion throughout the world is certainly a touchy one. In Western context, there are three things you don't talk about in polite company: politics, religion, and money. Yet, times like these require us to poke the hornet's nest and look at two of the three – politics and religion.

Muslims must give THERE what they demand HERE—tolerance.

In some countries, particularly those with Islamic governments, religious freedom is drastically restricted. The fact of the matter is, however, that people of different faiths are living in proximity more than ever—globalization makes religious isolation virtually impossible. Religious diversity is increasing as religious restrictions do the same in many countries.

As a Christian, sharing the gospel is often illegal in Muslim contexts, but apostasy (blasphemy) is often the bigger issue when you consider recent news reports from Sudan, Iran, Pakistan, and elsewhere. (See this helpful Pew report on which countries still outlaw apostasy and blasphemy.)

Islam sees itself as the fulfillment of religions—people move toward Islam, not away. Thus, to convert from Islam is a grave crime, considered by many Muslims to be worthy of death. According to Pew Research in a helpful Economist article, "more than three-quarters of Egyptians, Jordanians and Pakistanis agreed that the death penalty should be applied for apostasy."

Most predominately Muslim countries have not adopted the United Nations' Universal Declaration of Human Rights. Some Islamic nations drafted and adopted the Cairo Declaration on Human Rights, which specifically excludes a right to convert, and, hence, allows executions for apostasy while still speaking of religious rights.

Freedom matters everywhere, including the right to convert.

This is where we must demand change if we care about human flourishing and freedom. Article 18 of the UN declaration would protect Meriam Ibrahim and so many other vulnerable people who convert from one religion to another:

Everyone has the right to freedom of thought, conscience and religion; this right includes freedom to change religion or belief, and freedom, either alone or in community with others and in public or private, to manifest one's religion or belief in teaching, practice, worship and observance.

The freedom to change one's religion is vital. I'm glad the world spoke up about Ibrahim, but now the world needs to speak up about the right to convert.

The Importance of Tolerance

I've written in the past in Christianity Today on how persons of other faiths should treat, respect, and seek to reach one another.

We need Christians to defend religious freedom. Furthermore, we need Muslims who believe in freedom to speak up and demand it everywhere.

In a multi-faith world, we recognize we are not worshiping the same God, gods, or goals, and we must not be offended by our desire to proselytize one another (for Christians, that means evangelize, a distinctively Christian word). When we evangelize people convert. It's time for more Christians to speak up about the persecution of converts and for more Muslims to care about religious freedom.

Thankfully, Meriam Ibrahim has been freed, and she can return to life with her husband, son, and the newborn baby she gave birth to while in the Sudanese prison. We pray for her continued safety in a place that is still unsafe for Christians.

But Ibrahim's freedom doesn't fix the future—there are thousands more who will come in the future, and many will die in silence because there is no media storm to speak up.

Time for a Change

Human rights must be granted to all, regardless of religious affiliation, and until Muslims (and Christians and others) recognize the right to convert, Ibrahim's human rights horror story won't be the last.

Muslims demand religious freedom in the West, and I stand with them—religious freedom means freedom for all religions, even those different than my own. But, Muslims must give THERE what they demand HERE—tolerance.

Freedom matters everywhere, including the right to convert.