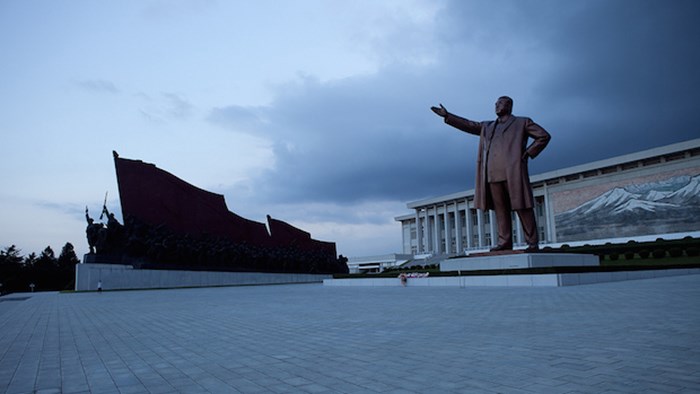 Brothers and sisters in Christ living out the Great Commission in parts of the world where Christianity is banned need the prayers of other believers. Take a moment to pray for Kim Jong-uk.

SEOUL, South Korea — North Korea said on Saturday that it had sentenced a South Korean Baptist missionary to a labor camp for life for allegedly trying to build underground churches in the country, where the government considers such religious activities an attempt to sabotage its rule.

The missionary, Kim Jong-uk, was also convicted of spying and other various "anti-state" crimes during a trial in Pyongyang on Friday, the North's official Korean Central News Agency said on Saturday. A large crowd attended Mr. Kim's trial, the report said.

The severe punishment of Mr. Kim, who has been held in the North since October, came a day after the country struck a conciliatory agreement with Japan. On Thursday, North Korea agreed to reopen an investigation into the fate of Japanese citizens it abducted in the 1970s and 1980s.

In return, Japan promised to lift some sanctions and consider humanitarian aid shipments once such the inquiry gets underway.

The Pyongyang-Tokyo breakthrough raised fears in Seoul that North Korea was trying to undermine Washington's efforts to forge a united strategy with South Korea and Japan in confronting the North. The deal came as both Washington and Seoul have been refusing to engage the North in serious dialogue until the country took steps toward dismantling its nuclear weapons.

North Korea has recently lashed out at the hardline government in South Korea, calling its president, Park Geun-hye, "a dirty prostitute" beholden to the "pimp" Obama, the United States president.

Last Thursday, navy ships of North and South Korea exchanged artillery shells, though they did not hit each other.

The sentence against Mr. Kim was harsher than any that North Korea has given to a string of outside missionaries and activists who have been detained in the country in recent years.

Boz has helpful words when it comes to how churches ought to address sexual abuse. This time, he shares some wisdom about how and when training should happen.

The on-the-job training of pastors and other faith leaders in preventing and responding to child sexual abuse isn't working – it is dangerous and all too often has devastating consequences. A problem with on-the-job training is that it allows for mistakes. That is okay when you are cooking hamburgers, but not when it involves the safety of children. It is not okay when it involves an abuse survivor who quietly suffers in the pew. It is not okay when it involves a perpetrator who exploits ignorance in order to victimize children and avoid getting caught.

Inadequately trained leaders are simply not equipped to protect the children under their care from offenders who spend a lifetime perfecting their ability to gain the trust of adults in order to access children. According to a national survey conducted by Christianity Today, 20% of Christian church leaders said they knew of at least one convicted sex offender who was attending or was a member of their church. This doesn't include the sex offenders in their midst who have never been caught! Without pastors receiving substantive training about the dynamics of child sexual abuse and those who abuse, churches will never be safe places. On-the-job training all too often results in greater harm to the very individuals who are most in need of protection and help.

When it comes to responding to abuse, the Christian community has been shackled by inadequate preparation and training. For example, most pastors don't know how to recognize abuse, report abuse, or to work with families impacted by abuse. I once read about a study of 143 clergy of various faiths in which 29% believed that actual evidence of abuse, as opposed to suspicion was necessary before a report could be made. Such a mistaken belief naturally results in the under-reporting of suspected abuse cases. This same study concluded that at some level, the 143 clergy participants impacted the lives of 23,841 children!

The issues related to the sexual abuse of children are many and complex. All the more reason that training must begin before-the-job, not on-the-job. Training must begin at the same time church leaders are being equipped to study scripture, preach, counsel, and administrate. What I am trying to say is that the equipping of pastors and church leaders on how to understand and address child sexual abuse must begin in our seminaries. And that's exactly what we are going to do…

Encouraging ministry report from a church here in the Nashville area.

MT. JULIET – Erin Stevens isn't that kind of evangelist who stands outside the strip club with her bullhorn, yelling at the customers to repent or face the flames.

She's inside the lobby with the strippers, feeding them a catered dinner twice a month, giving them Mary Kay Cosmetics gift sets and quietly slipping her cellphone number into their hands.

She brings no Bibles. No tracts. No lectures.

Just love and an unusual mission given to her by God two years ago, she says, after she spent 21 days fasting and praying for a building for nondenominational Friendship Community Church in Mt. Juliet. Friendship, launched by her husband, Todd Stevens, in 2006, has more than 1,000 members but still meets in Lakeview Elementary School's rented auditorium.

"I prayed for a building. I got strippers," Erin Stevens said. Three so far, in fact, who left the business for some unexpected careers.

After hearing the words in her mind — Strippers are not your enemy, they're your mission field — Stevens sought counsel from the national Strip Church ministry groupand started calling club managers. She has co-written a book about her experience, one published by Nashville's Thomas Nelson and going on shelves mid-June. Its intriguing title is "How to Pick Up a Stripper ... and Other Acts of Kindness."

Perhaps the most unexpected part of the story: The Association of Club Executives, a national trade group for strip club owners, is fine with Stevens' ministry.

The association is well aware of the Strip Church effort, in which individual congregations send their evangelists into the clubs discreetly— that's part of the deal — to help women get out of the business, confirmed Executive Director Angelina Spencer. Not every club owner wants to participate. But if the strippers don't want to be there, she said, they shouldn't be.

Jim Daly, president of Focus on the Family, joined me from the National Religious Broadcasters convention in Nashville, Tenn., to discuss his story, the new direction of the organization, cultural engagement, his book ReFocus and the new documentary Irreplaceable. In this clip, Jim talks about the future of Focus on the Family. Don't forget to join me every Tuesday at 3:00 PM Eastern for The Exchange.