In Part 2 of my interview with Dr. Jenkins, we discuss the prosperity gospel and the explosive growth of the global church.
Ed Stetzer 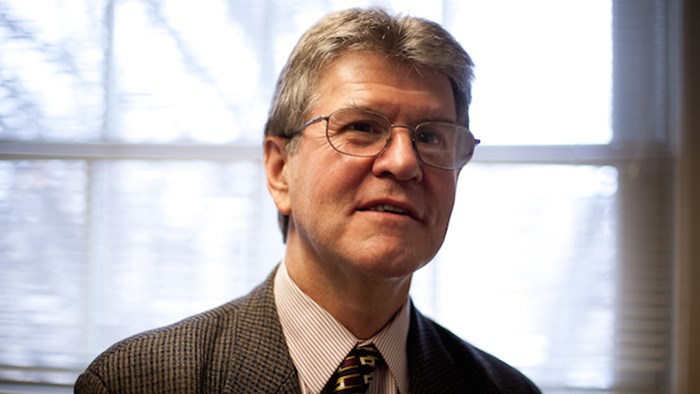 In preparing for 2014's national Foursquare gathering in Dallas, I remember that I had completed at interview at the LAST national meeting with which I was involved-- and it was a fascinating interview.

Last week, I posted Part 1 of our interview. This is Part 2 of our interview (transcribed and cleaned up for the blog), and I plan on posting Part 3 next week. Dr. Jenkins is brilliant, and I hope you'll find our discussion on global Christianity fascinating and helpful.

Ed: What do you see as the impact of the prosperity gospel on global Christianity?

Dr. Jenkins: That is certainly one of the most sensitive fields you will meet worldwide. You can look at this in a couple of different ways. I certainly know churches and preachers who, to use accurate words, strike me as frauds, deceptive and on the verge of being criminals. There has been some terrible scandals. However, I am not fast to condemn prosperity teaching as such for this reason: so often prosperity teaching is related to a practical attempt to advance the lot of Christians.

Matthew Ashimolowo, a Nigerian preacher in London, has a multi-national ministry and is sometimes criticized for being a prosperity leader. Let me give you an example of how he works. Before a congregation of 5,000, Ashimolowo says, "I want to talk about the terrible sin of unemployment. Anyone in this room who is unemployed, stand up now." Someone stands up and he asks, "What sort of job do you want?" The man says, "Well, I'm a motor mechanic." Ashimolowo says, "Right. Who wants to hire him? Good. You can sit down now."

He also teaches the people about the evils of debt. People who have just moved to a more economically sophisticated, urban area and he tells them, "You'll get all these offers for cheap credit. Don't take them. This is very foolish. Credit is dangerous." So in other words, I see a lot of what prosperity churches do as being a very practically oriented kind of ministry. Yes, I can point to some of the evil-doers, but I can also point to the good side of it.

Ed: In David Hesselgrave's Dynamic Religious Movements, he talked about movements experiencing this explosive growth and their characteristics. If our desire is to see the explosive growth like this, what movemental elements do you believe we need to embrace?

Dr. Jenkins: One of my main principles is the idea of the rising tide lifts all boats. In other words, often it's not so much necessary to think of how can this or that church become a thriving movement. It's that a more general interest in faith and in healing in society can result in the expansion of all movements, including some of the ones that you might not think of as being terribly closely linked. At the end of the day you think we put in all this work and it's benefitted all these other people. Well, yes. Live with it.

Also, if you want to understand why the types of churches and religious groups that have flourished have flourished, it's because of the settings they found themselves in.

Take the last 50 years, which saw the greatest human migration in the whole of history. Hundreds of millions of people have moved from villages and small towns to mega cities with no facilities for welfare, education, or health, except what they find in communal organizations, overwhelmingly religious. Depending on the area, those are Muslim or Christian. If you look at the kind of people who are there to serve them, they tend to be Pentecostal churches in Latin America and fundamentalists mosques in the Middle East. That is why Pentecostal churches boon in Latin America. And that is why Islamic Fundamentalist Movement grows so much in the Middle East because they are the people who are there with food and medical care ­– everything you read about in the Epistle of James.

Here's a radical thought. We actually have a very good idea of what cities and what communities are going to be the fastest growing in the most unstructured and unsupplied way in the next 40 years. Wouldn't it be interesting to identify those cities and get in on the ground now in terms of the churches, missions and medical facilities since we know what would be useful there in the next 20, 30, 40 years time. Invest in the future or is that too radical an idea?

Ed: There are 34 Western industrialized democracies in the world. And among the majority peoples of those nations, missiologists have not seen a break-out church planting movement. Would you say that is because the way we think and relate to one another or is there something missing that in our context that prevents it from happening?

Dr. Jenkins: If you're in a country where there is basically no Christian presence then something can grow very, very rapidly. But in a country like Britain or Germany, it grows and defines itself up against an existing church establishment. In fact, I would argue that there have been movements like this in Western countries.

In Great Britain, for example, we have the Church of England, which is a broad, fairly conservative organization. But particular churches, particular parishes within that have become run-away successes because they are charismatic, healing bodies with new styles of evangelism. One example is Holy Trinity in Brompton. It's a parish of the Church of England, but it has become something that you would immediately identify as a charismatic church with a very novel kind of evangelistic technique in the Alpha Course.