Are Millennials evangelizing more or less than previous generations? What is the future of evangelism?
Ed Stetzer 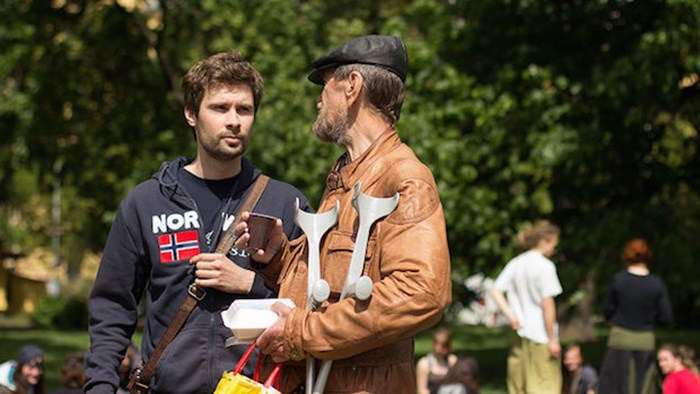 We are in a time when it appears evangelism is on the decline. In my most recent episode of The Exchange I hosted Lee Strobel and Mark Mittelberg. We discussed the decline in evangelism and how to address it.

What is the state of evangelism in the West, particularly in the United States? Are people sharing the gospel on a regular basis or at all? What do the numbers say?

I thought I'd take a look at both—since they come to some different conclusions. (That does not mean that they are both inaccurate, but more on that in a moment.)

Evangelism and the Millennial: Surging, Sinking, or Staying the Same?

LifeWay Research presented a number of statements on the matter of evangelism and asked respondents to agree, disagree, or choose neither. What we found was notable, but unfortunately not incredibly surprising. Among Protestant churchgoers who believe that Jesus is the only way to heaven, we found that most feel a responsibility to share the gospel and that most even feel comfortable doing so, but very few actually do it.

Millennials are more likely than other ages likely to feel comfortable sharing Christ, but this doesn't translate to action as a decidedly lower percentage actually share the gospel.

However, Barna's findings are a bit different than LifeWay Research's in at least one major way. Barna's research returned data signaling a surge of faith sharing among young people.

They found 65% of millennial Christians (those born between 1980 and early 2000s) have shared their faith in the last year. Barna conducted a similar study in 2010, and found that between 2010 and 2013, the number of Milliennial Christians who have evangelized within the last year has increased by nine percent. The only other age group whose rate of evangelism has increased is the 68-and-over age group, who rose from 52% to 53% in three years.

As their report indicated, it is not just the surge, but Millennials are sharing their faith more than any other group:

Not only that, but born again Millennials share their faith more than any other generation today. Nearly two-thirds (65%) have presented the Gospel to another within the past year, in contrast to the national average of about half (52%) of born again Christians.

Here is the difference—we did not find a difference and Millennials were sharing their faith more than others, but our study is different in a few ways. (I won't list those here lest the post become too long.)

So Where Does Evangelism Thrive?

Generally speaking, the research that LifeWay Research has gathered from our Transformational Discipleship Assessment shows that a churchgoer's beliefs, attitude, and actions regarding the sharing of Christ improve over time as they mature as a follower of God.

From the age of 18 to the age of 64, there is a distinct increase in the willingness to share and the act of sharing the gospel. As Christians mature in the faith over time and, perhaps, they become more aware of the brevity of their lives, they grow in the desire to share the gospel and do so as a result. Or, perhaps they know Christ better and feel more inclined to share him more faithfully. We don't know for sure.

Of those who believe that the only way to heaven is through Jesus Christ, 33% of people ages 18-29 have shared with someone how to become a Christian in the past six months. Of people ages 50-64, 49% have shared the gospel. So, our data shows that older people share their faith more frequently than do younger—and Millennials are not a stand out generation in evangelism.

I would be breaking all the rules to compare directly two studies that have different criteria for participation. But, it is worth noting that different wording produced different statistical patterns.

Barna surveyed born again American Christians: "During the past 12 months, I explained my religious beliefs to someone who had different beliefs, in hope that they might accept Jesus Christ as their Savior."

LifeWay Research surveyed church attending Protestants in the U.S. and Canada: "In the past six months, have you shared with someone how to become a Christian?" The end result is that in the former, Millennials seem to thrive. In the latter, they did not.

So, in conclusion, there are two things when you find conflicting data on evangelism.

Second, either way, we need a lot more evangelizing going on…