Ignoring the majesty and splendor of God leaves us yawning in the face of a tiger.
Ed Stetzer 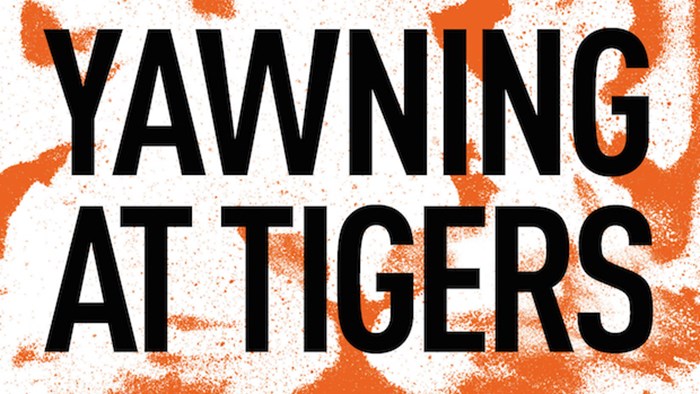 Drew Nathan Dyck is managing editor of Leadership Journal, a publication of Christianity Today. His work has been featured in USA Today, The Huffington Post, and The Washington Times. He is a frequent speaker at pastor conferences and on TV and radio programs in the US and Canada. He holds an M.A. in Theology from Fuller Theological Seminary. He lives with his wife, Grace, and son, Athanasius, in the Chicago area.

Ed: "Yawning at Tigers" is a strange title. What does it mean?

Drew: A few years ago a man who owned a private zoo released all his animals—tigers, lions, bears—before taking his own life. Most people probably remember the news coverage. The zoo was located near Zanesville, Ohio. Suddenly this small town was overrun with large exotic predators. Residents were ordered indoors while local law enforcement scrambled to protect the public. 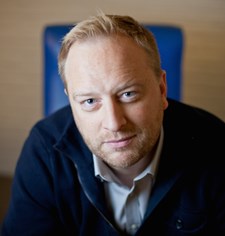 The event sparked a national debate on exotic animal laws, but it got me thinking about the way we relate to God. When the residents of Zanesville heard there were wild and dangerous animals on the loose, they locked their doors and called the police. We have God in our midst—far more exotic and dangerous than any animal—yet our interactions with him are often predictable and sedate. We lose sight of the fact that he's unspeakably dangerous. We fail to marvel at his strangeness and splendor. We spend our lives yawning at tigers. That is the problem the book was meant to address.

Ed: How has the surrounding culture affected our understanding of God?

Drew: We live in a therapeutic culture, so we tend to gravitate toward those characteristics of God we find most comforting. We do a good job of talking about God's love, grace, and mercy. Unfortunately, though, there's a tendency to ignore those characteristics that make us uncomfortable. Usually that means we don't talk much about God's holiness, let alone his wrath. And ultimately it distorts our view of God. We end up trading the Lord of heaven and earth for a cosmic therapist, a god who only coddles and comforts. Sometimes I want to stand up and scream, "God isn't a helicopter parent!"

Ed: Do Christian leaders play a role in creating this one-sided view of God?

Drew: Many of us have become experts at normalizing God. In our efforts to make the Bible interesting and relevant, we specialize in taking something lofty, so unfathomable and incomprehensible, and dragging it down to the lowest shelf. We fail to account for the fact that God is neither completely knowable nor remotely manageable.

Sometimes I want to stand up and scream, "God isn't a helicopter parent!"

Preaching professor John Koessler writes of the tendency for preachers to "normalize the outrageous in Scripture." There's a temptation to flatten out the divine portrayals in the Bible to make God more palatable to our audience. We're in desperate need of leaders who will resist this temptation and teach the "whole counsel of God."

Ed: How can we talk about God's holiness without sounding angry and out of touch?

Drew: That's a big challenge. Every few years you hear about some pastor who gets up in front of his congregation and reads Jonathan Edward's famous sermon, "Sinners in the Hands of an Angry God." It rarely has the desired effect. It just sounds harsh and archaic. So the answer isn't merely to resurrect yesteryear's language. Truth doesn't change, but the way we talk about it must. That's what I tried to do in my book. I compared God to a wild animal, the ocean, even plutonium. We'll see if I succeeded or not, but I am trying to communicate ancient truths by drawing on the world around us. Again, I'd say we do a decent job of talking about God's love. But we need fresh metaphors to explain God's holiness and otherness.

Ed: The paradox that God is both holy and loving is hard to wrap our minds around. How does this perspective lead us to greater worship?

Drew: It is a tough tension to maintain. I think there's a strong impulse to collapse one side of the paradox—and it's usually God's holiness that gets tossed. But the cruel irony of choosing God's love over his holiness is that we end up losing both. We can't truly appreciate God's grace until we glimpse his greatness. We won't be lifted by his love until we're humbled by his holiness.

Many of us have become experts at normalizing God.

Ed: How does understanding God's otherness and holiness help us engage with culture?

Drew: The divine otherness and intimacy provides the clue for how we can relate to outsiders with both conviction and love. We are a "peculiar people," citizens of a kingdom that Jesus said was "not of this world." Yet we're not called to withdraw from the world. We're called to love people, and you can't do that at a distance. So we dive into the needs and hurts of the world while maintaining our distinctiveness, which is precisely what God did in the person of Jesus.

Ed: You say that prayers for safety are never found in the Gospels. Is it bad to ask God for safety? 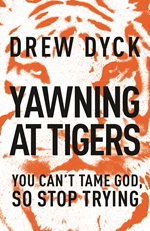 Drew: I've been in the church all of my life. After attending hundreds of church services, prayer meetings, and small group gatherings, I'd have to say that the most popular prayer is the prayer for safety. I find it interesting that the Gospels record not one instance of Jesus or the disciples praying for physical safety. So while the Gospels barely mention safety, we can't shut up about it.

Don't get me wrong. Asking God for protection is wise. But when petitions for safety dominate our prayer lives, it's a sign our spiritual house is not in order. When the believers in Acts were threatened they didn't pray for safety; they asked God for boldness. Again, I don't think it's wrong to pray for safety but I do wonder if a moratorium on prayers for safety might not be such a bad idea.

Be sure to grab a copy of Drew's book, Yawning at Tigers.