The grand jury has made a decision in Ferguson, now we have to make ours. How will we respond?
Ed Stetzer 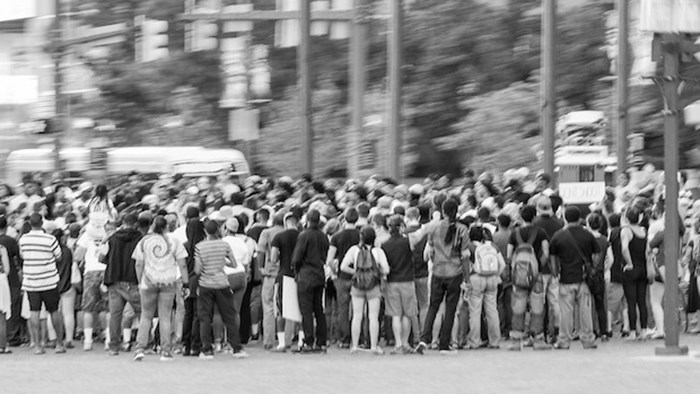 In light of the grand jury decision handed down tonight in the wake of Michael Brown’s death in Ferguson, MO, I think it is of utmost importance that all Christians, but specifically white evangelicals, talk a little less and listen a little more.

Or, put another way, maybe some need to spend less time insisting that African Americans shouldn't be upset and spend more time asking why some are. Yes, this case reminds us again that the racial divide is clear, as a just released CNN poll demostrated.

I wasn't in the grand jury room, and I don't know the evidence, but many godly African American leaders are hurting and they are explaining why.

I think we should listen to them.

The issue of race remains contentious in our nation and in our neighborhoods, and many white evangelicals remain confused as to how they should respond. It is often difficult for those of us on the outside of an issue to fully grasp the complexity and the hurt of those from a different background.

Throughout the course of the events in Ferguson I have tried to seek insight from friends who can speak to this issue in ways I cannot, and have dealt with this struggle in ways that I have not.

A couple of months ago, Lisa Sharon Harper and Leonce Crump shared their thoughts on the death of Michael Brown and the aftermath.

White evangelicals must listen because there is a context to this tragedy, we must listen to feel the pain behind the problem and finally we listen so that we might acknowledge that injustice really exists.

Understand the Context of Tragedy

In “The Lie”, a post by Lisa Sharon Harper, Lisa outlines the important, if seldom acknowledged truth, that racism is still present and deep seated in many within our culture.

“The belief that usually resides deep beneath the surface of conscious thought, safe from examination and extrication, but was born in biblical times, solidified in the days of the Enlightenment, and codified into colonial law in 1660 through the racialization of Virginia slave codes. Then 14 years after the Declaration of Independence, which proclaimed “all men are created equal and endowed by their creator with certain unalienable rights,” the lie was embedded in the U.S. legal structure through the Naturalization Act of 1790, which barred the rights of citizenship from both free and enslaved black people.

These are the roots of the lie. Here it is—plain and simple: Black people are not fully human. In most crass terms—they are animals.”

Her strong words can either offend you or cause you to consider why she would say such a thing. Part of my hope is that many will ask, "Why are African Americans responding differently than the majority culture?"

Feel the Pain Behind the Problem

In “Will White People Ever Acknowledge Systemic Injustice” Pastor Leonce Crump provides some valuable insight that should guide the response of white evangelicals. Beyond the problem of racism, we must see the pain that injustice inflicts.

“I am 6’5”. I weigh 270 pounds. I’ve been called imposing. The police have stopped me, both walking and driving, nearly once a year since I was 15 years old. Though I have been asked to leave my vehicle, thrown to the ground and against my vehicle, interrogated, frisked, and cuffed on these occasions, I’ve not been cited. Not once.

Listen and Acknowledge that Injustice Exists

Pastor Crump, continues in part two of this post on acknowledging systemic injustice, that white evangelicals need to recognize that a problem does in fact exist and that we must rise to the aid of those in need.

I am praying that here, now, this mistake will be rectified. I want to believe that you will rise to our aid, and that you would agree that a silent Christian who avoids applying the gospel to issues of injustice—though those issues may be uneasy, unclear or politicized—upholds the very structures that purport and perpetuate injustice.”

This dialogue will continue, and this discussion will go on. Whether you are white or black, Jew or Gentile, the call of the body of Christ is a call to unity, support, comfort and peace.

So, we must acknowledge our faults, confess our sins, repent to those we harm, and seek reconciliation in the grace of the gospel of Jesus Christ. Listen, understand, acknowledge, and come along the side of those who are hurting, bearing their burdens in love.

They will know us by our love. Might we love in such a way that others see the unconditional love of Jesus.

In our system of justice, the law has spoken. Officer Wilson will not be charged by this grand jury, yet I hurt for the family of Michael Brown and for many others hurting in the African American community. And, coming from a family of NYC police and civil servants, I pray for the police there, including Officer Wilson and his family.

There are no winners here.

Now, this moment will pass. This case will fade. Yet, real issues still remain.

Rioting is wrong and stupid—but so is using rioters as an excuse to ignore the hurts of so many.

For many, this is about an incident. Yet, for many African Americans, it's about a system. It's worth listening to why people are responding differently to the situation in Ferguson.

That's what I hope to remind us (including myself) of today.

See the following post as well: Why You Should Still Care about Ferguson DESPITE the Facts.

Check out the video below. My friend Pastor Darrin Patrick sent it in and asked me to share it. It's roundtables and discussions like these that we need to be having in our communities in order to better understand and love each other as the body of Christ.

Here are a series of posts some friends wrote back in August. Read and listen: