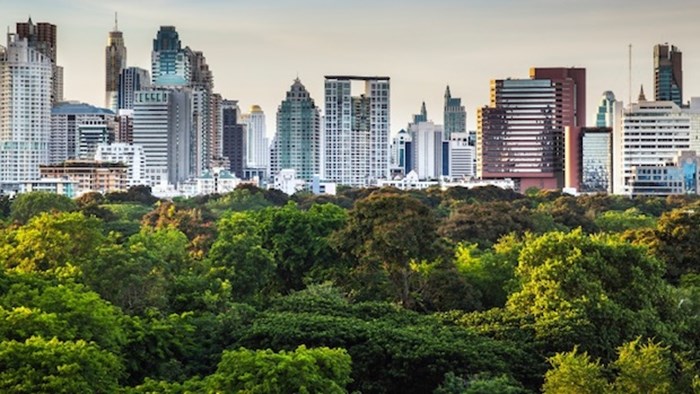 Brandon Smith lays out what I am sure will be a controversial idea—that you should plant churches in churched areas.

To be fair, I agree with him and have said so here.

In 2010, I co-planted a church with a few other men in the Wylie, Texas area outside of Dallas/Fort Worth. For the last two years, I’ve been part of a church that has planted churches in places like downtown Fort Worth. The question is often asked, “Why are you wasting your time planting a church in the Bible Belt?” This question was usually followed up with two common concerns:

While both critiques have validity, I would answer these concerns in a few ways.

1. Jesus Commanded Us to Make Disciples

We should never say that existing churches are not making disciples, or that revitalization is not needed. This is a common mistake made by those who like the excitement of a new start, or by others who simply don’t want to deal with the grind of working through tough situations. In fact, the second point of this article proves in some regard that revitalization is equally necessary. Revitalization needs to be a fad, too! But the point is that revitalizing and planting are both needed in any context.

Why so-called atheists believe in God, Heaven, and even the Bible—Tobin Grant

One of the more fascinating facts in research is Atheists who believe in God, etc. Actually, that often catches people when they are opine with skepticism about surveys (see the dialogue at this tweet). So, here is a bit more on the subject.

There was shock and disbelief when I posted a graphic showing how different American faiths differed in their belief in God. The graph showed that a fraction of self-identified atheists expressed absolute certainty that there is a “God or universal spirit.”

While no one seemed surprised that no religious group had all of its members believe in God, some readers were incredulous that the survey found any atheists who believed in God.

Those results were conservative because I only included those who were “absolutely certain” about their belief in God. It turns out that in the Pew Religious Landscape Survey, one-in-five self-identified atheists believe in God. The survey found that these atheists hold other religious beliefs. Eleven percent believe in Heaven (or a place of eternal reward for being good). And six percent say that the Bible is “the word of God” and not a book of fables.

The real problem, however, is that labels do not always mean the same thing to everyone. Some people truly identify themselves as “atheist” even though they believe in God. The word simply means something different to them than it does to American Atheists, the Richard Dawkins Foundation, and (frankly) every English language dictionary.

I very much enjoyed this book a few years ago and found this update both moving and challenging.

“Do hard things,” Alex and Brett Harris told their fellow teenagers six years ago. Get up early. Step out of your comfort zone. Do more than what’s required. Find a cause. Be faithful. Go against the crowd.

Be better than your culture expects.

The Harris twins, then 18, were leading by example. They worked through the summer to finish their (homeschool) high school at 16, then clerked with the Alabama Supreme Court. They organized a statewide grassroots political campaign. They started a blog, coined the “Rebelution” movement (the website has more than 40 million pageviews), wrote a book (which has sold 470,000 copies), and spoke at conferences.

And then they turned 20.

But they didn’t slow down. The twins enrolled at Patrick Henry College, took first place in the moot court nationals, and wrote another book. They dated and married their wives, cared for and buried their mother, and chose directions for their careers. Since then God has taken Alex and Brett, now 25, in starkly different directions that illustrate the Lord's mysterious plans and purposes as he calls us to forsake all and follow him.

“We do hard things, not in order to be saved, but because we are saved,” Brett told me. “Our willingness to obey God even when it’s hard magnifies the worth of Christ, because in our hard obedience we’re communicating to the world that Jesus is more valuable than comfort, than ease, than staying safe.”

Pastor, musician and author Carlos Whittaker joined me in studio to discuss living his life and faith publicly through his social media presence and popular blog, Ragamuffinsoul.com. Don't forget to join me every Tuesday at 3:00 PM Eastern for The Exchange.