Many evangelical churches and denominations are in a state of plateau or decline. Why aren’t Pentecostals?
Ed Stetzer 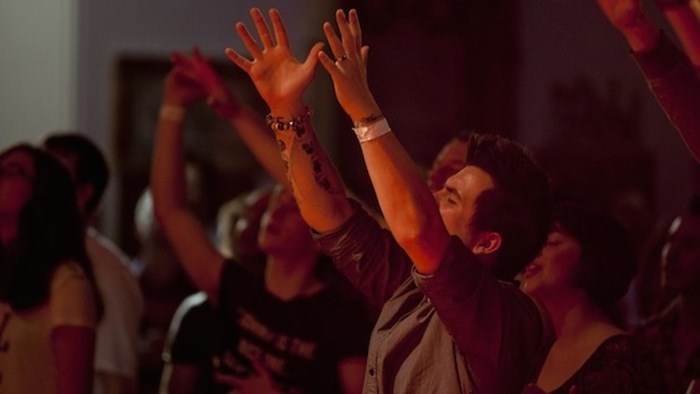 There are parts of the globe where the greatest church growth is happening through the Pentecostal movement. One of the most asked questions is, “In a world where the church seems to be declining in many areas, how they are bucking the trend?”

There is never one reason why a movement succeeds. But some factors rise to the surface. Pentecostals will say they are growing because the Spirit is moving in a powerful way. I get that, and actually would affirm that as part of the reason, but from a sociological perspective, other things are happening and worth exploring.

Pentecostals will say they are growing because the Spirit is moving in a powerful way.

I was recently asked (by Pentecostal leaders) what some sociological reasons might be. So, following that meeting, and in this brief post, I want to explore how the beliefs of Pentecostals actually promote and produce growth, compared to other, more “mainstream” groups.

From a statistical perspective, Pentecostals tend to be less “nominal” than other believers. The reason is often obvious—the Baptism in the Holy Spirit.

In almost all Pentecostalism (as contrasted to other continualist streams) speaking in tongues follows the Holy Spirit’s baptism. After that experience, it's hard to say, “Oh I don’t take this whole thing serious, I don’t even know if it’s real."

When you believe you’re speaking in another language, that belief reshapes the way you think about faith!

Being a nominal Presbyterian, Methodist, or Baptist is easier; though there are some outward expectations like baptism (among credobaptists) that can mark a spiritual commitment. But Pentecostal believers and churches constantly emphasize spiritual practice and engagement.

So, more often than not, stagnation is not as compatible with a real Spirit-filled experience. The end result—it’s harder to be a nominal Pentecostal—the beliefs of the movement tend to weed out nominalism. Because of what is happening in church and the community of faith, people tend not to just hang around as casual observers.

Either you join in it, or you move on. Many join. Movements populated by nominals are usually in decline. Nominals don't populate Pentecostalism, so it grows.

Not only does a valued distinctive encourage participation and growth in the local body, but it also provides an imperative for growth outside of the local body. When you appreciate what you have as much as Pentecostals do, you aren’t satisfied to experience it yourself. You think others should have the same opportunity to partake of the movement of the Spirit of God.

When I meet with Pentecostal leaders, they're strategizing about where to plant a church. They break out the maps and determine where they need to focus their attention.

From a statistical perspective, Pentecostals tend to be less “nominal” than other believers.

Never mind there are already six churches in a 10-block community. To them, there’s not a Spirit-filled church in that community until they plant one. So they are often avid planters, not just in their own area, but also around the world.

Worth Sharing The Spirit-Filled Experience

Pentecostals believe in their approach. Their Christian walk has benefited, and they think everyone should have access. While others are figuring out what to do now to achieve growth, Pentecostals are focusing on who they are and are achieving growth.

When you think your expression is worth sharing (be it Pentecostal, Calvinist, or Anabaptist) you are more likely to share it with others, start new churches, and more.

So, What Does It Mean for the Rest of Us?

One key to growth is for you actually to believe what you have is so important that propagation to other contexts in its current version is necessary. The Vineyard Church movement exploded in growth in the 1980s for this reason. They thought that people needed to experience what the Vineyard had to offer.

Of course, to non-Pentecostals, all this seems odd. Sometimes for younger or dissatisfied Pentecostals, they want to de-emphasize the supernatural.

Well, I'd have some theological nuances I’d like to bring in, but from a sociological perspective my response is, “I wouldn’t downplay what is in the engine.” You don’t care for some of their expression? That’s fine. But Pentecostals are trying to reach the lost and grow the Kingdom.

People Want a Faith With Flavor

One of the dangers today is “bland evangelicalism.” Many evangelical churches and denominations are in a state of plateau or decline. Some groups are trying to downplay their distinctives to be more acceptable. Who wants to duplicate that? Nobody.

Sometimes the difference between an expanding movement and one that is retracting is how they deal with their distinctives. Some are in protection mode. They feel like they have to preserve their specialness by locking it down and guarding it. Ironically, they end up smothering the mission by covering the light that would shine through their specially designed glass.

Others embrace and celebrate their unique values and expression. In doing so, they attract people who are seeking something more than bland.

For example, I recently reviewed the stats for the 25 largest faith groups in the United States. In the year I reviewed, the only two orthodox Christian groups growing on the list were the Assemblies of God and Church of God (Cleveland). So, what do all of the declining denominations have in common?

Most are mainline, a few are evangelical, but most simply are not as excited about what they believe—and don’t think it needs to be propagated as much—as the Pentecostals.

Feel free to share your thoughts. However, please note that I'm not interested in debating Pentecostalism here. If you have questions about the movement, I've written extensively on the subject, including the distinction between Pentecostalism and other movements. Furthermore, I am aware of aberrations such as neo-Pentecostalism and other such movements. And, I know such aberrations are growing. Here, however, I am focused on why orthodox evangelical Pentecostal groups are growing. I'm sure we can keep the conversation to that topic and focus.