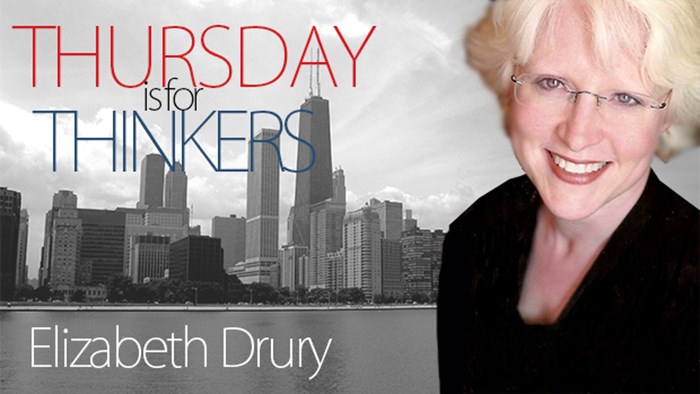 An intercultural ministry facilitator, teacher, and researcher, she currently teaches part-time at Wesley Seminary at Indiana Wesleyan University. She lives with her husband, Scott, and four sons in the DC metro area and is invovled in the Wesleyan Church.

A leader with broad responsibility within his denomination once criticized an urban church plant, saying:

“All this multiethnic talk is just a distraction from the gospel, which is what God holds me accountable for. I don’t see anything in the Bible about getting different cultures into the same room on a Sunday morning.”

I regularly hear similar resistance—something I call multiethnic doubt—from new seminary students, most of whom are pastors and exemplary believers.

Advocates of multiethnic ministry often presume that such viewpoints reflect ethnocentrism, apathy, or even racism. But sometimes such statements just reveal a weakness in how the movement conveys its message. Learning from students’ struggles, I have changed my terminology to avoid any words—even common ones—that contribute to misunderstanding.

For example, experts have debated the merits of multiethnic, multiracial, and multicultural for years.[1] However, rather than bringing clarity about the movement’s aims, all three (and others) contribute to a message that is easy to misinterpret and thus to dismiss. Do any of these terms clearly communicate who should work toward diversity and why, or do they instead magnify multiethnic doubt?

To doubters who judge from the label alone, the term suggests that the main purpose of a multiracial church is to grapple with race. When my students hoping for church growth hear it, I can almost feel the grating of the gates as their hearts slam shut, as if they are thinking, “My job is demanding enough. Why would I ever go looking for trouble?”

Other doubters hear race in the label and jump immediately into underground bunkers of self-protection, darting out only to lob claims of color blindness or cries for race talk to cease. Leading them away from these errors takes time and trust—resources rarely available from fearful, defensive people.

Besides, they say, humanity’s sin problems are more than skin-deep, so race is just a tangent.

Advocates recognize a multiracial ideal as a means to the end of bringing people and communities to Jesus, but to the unconvinced, it is a grenade too hot to handle. Doubters dismiss it as either unnecessary obstruction to church growth, camouflage for deeper sin issues, or an irrelevant distraction.

The term multicultural and its perceived focus on frills has turned off many of the doubters I know. To them, a multicultural church sounds like a missions fair with flags and traditional finery—a fun celebration for some, if that’s their thing.

[Multicultural] implies that a church includes everyone, but it does not suggest why that inclusion matters.

Others chafe at what they hear as an endorsement of multiculturalism, in which culture can be stretched conveniently and dangerously to include anything. Do such churches really teach the truth, and why take the risk?

In either sense, the loaded term implies that a church includes everyone, but it does not suggest why that inclusion matters. It simply announces, “We like culture!” People disinclined or distrustful of cultural exploration may question the value of diversity and mentally move on without seeking to learn more.

Narrower than multicultural and broader than multiracial, this term strikes many as best among inadequate options. It points to the ethne, or the people group, a helpful concept among missiologists for the myriad social and linguistic divisions that shape both a group’s identity and its understanding of the gospel.

Unfortunately, though helpful on a church sign, multiethnic has its own problems. Assuming it to mean only physical features or national origin, many earnest doubters claim a caveat by contending that not every church can or should be multiethnic (a topic for another post).

Worse, at face value, the term conveys deeper purpose no better than the others. All three indicate only who attends, giving doubters the false impression that demographics—and not the gospel—is the point.

Tenacious pushback has pressed me again and again to speak more accurately. Some prominent advocates see word choice as a benign matter of personal preference,[2] but I disagree. Words are powerful, rallying hearers to act—and in this case, the most common ones actually drive people away.

Writing multiethnic, multicultural, and multiracial in a small square at the extreme edge of the whiteboard, I ask my students to consider a simple but powerful alternative: border crossing.

“This conversation isn’t necessarily about multiethnic churches,” I tell them. “Let’s talk instead about border-crossing churches.” I explain that although border crossing originated in social and educational theory to denote justice-focused teaching,[3] I have modified it for my own philosophy of ministry among diverse people.

Rather than explaining, I guide them inductively to consider what it might mean. What principles and practices might a border-crossing church embrace, and what evidence might scripture offer to guide such commitments? What missional and spiritual benefits could accompany border crossing? What challenges? How does the human condition affect it? Who is exempt?

I still occasionally employ existing vocabulary, but especially for those critical moments when I have the opportunity to lead doubters into a potentially new and uncomfortable conversation, I choose the language of border crossing. It circumvents multiethnic doubt, engages everyone, and relates to every community. Most importantly, it reaches beyond demographics to pivotal questions of purpose.

Approaching the topic with fresh and more powerful language, I regularly see multiethnic doubt give way to awakening, as students discover new vision for ministry within their communities and a new yearning for transformation within themselves.

It’s not that the common words lack zing; they actually work against the message. Border crossing allows no exceptions and communicates missional and spiritual purpose for every church.

Why? And what is border crossing? Check back [in my next post] for more.