Immigration is changing how the Church thinks about mission and outreach in North America.
Ed Stetzer 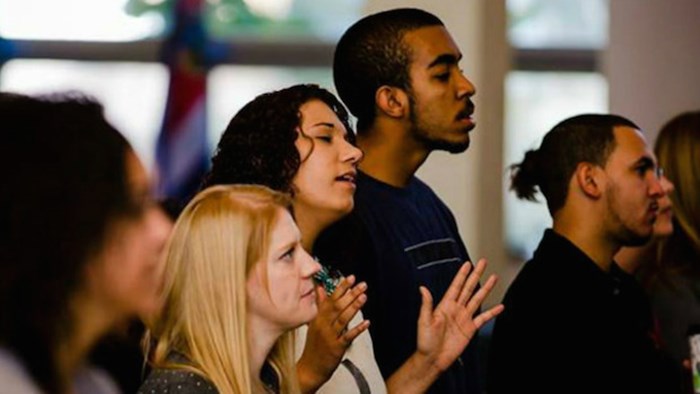 Immigration is changing how churches think about mission and outreach in North America, and rightly so.

People are slowly waking up to the new cultural landscape that surrounds them—a landscape that offers new opportunities for sharing the gospel, but also new challenges to consider.

While there isn’t space in this blog post to propose and unpack all the issues, I think it’s valuable to examine four ways immigration is impacting the church and its call to share the gospel with all peoples.

In the early 1900s, the population of the United States was largely made up of people of Western and Northern European descent.

Christians would hear of the "masses” in Asia, for example, who are lost without Christ. They would then form stereotypes—really caricatures—about what non-Christian people overseas were like.

Migration changes the way we view the humanity of people.

Churches in North America sought to bring the gospel to those Asians living apart from Christ. But without many Asian neighbors, Christians perceived of a lost world through the lens of ignorance.

Now, "the masses" are not over there, but they are here. And, they are often kind and gracious people—not the caricatures of a century earlier.

For example, I have a Syrian Muslim neighbor just a few houses down from me. My kids play with their kids. We've walked the neighborhood together.

Not long ago, my daughter asked, using her words, how we know that "we’re right" and "Islam is wrong." (It was the kind of question a girl should ask her father.) I talked about the gospel of grace and about religions of works-righteousness.

One hundred, 50, or even 25 years ago she could only have imagined “hordes of lost people” who need the gospel—people she would never see or know.

Now she knows Syrian Muslims by name because they live in our neighborhood. Rather than seeing "them" as far away, she wants to know why our kind neighbors need the gospel, when she probably would not ask that a century ago.

Immigration helps us to know people as people, not as stereotypes or caricatures.

However, that also impacts our evangelistic task.

Immigration puts a face on those we are called to reach, which makes evangelism more complicated.

And as it turns out, many non-Christians—particularly devout people of other religions—are pretty nice once you get to know them! They are not "people over there living in darkness," but they are our neighbors living in our community. They are people—and not projects.

In short, migration changes the way we view the humanity of people. That's good, when we are moving beyond caricatures.

Sometimes we fail to see that people—immigrants included—still need Jesus.

Sometimes we fail to see that people—immigrants included—still need Jesus.

Immigration becomes an evangelistic opportunity when it gives us a love for immigrants as human beings (without caricature) and teaches us to have compassion for them (including their spiritual condition), as we would for anyone in need of the gospel.

Yet, and here is the complicated part, it may also talk some out of evangelizing those who, perhaps, we think are not in as much need as we thought. In other words, immigration can and does impact evangelistic willingness.

We also have to be willing to think through the questions my daughter was really asking: “How do we know the gospel is true for everyone?” And, “Does everyone really need Jesus?”

Migration has always had an impact on openness. In particular, immigration has also impacted religious patterns in the United States and Canada. There are many facets of this reality and too many to examine here.

For example, immigration has kept Catholicism in America afloat. If it weren’t for an influx of new parishioners from other countries, particularly Latin America, Roman Catholics would have experienced substantial decline like mainline Protestant denominations.

But instead, the overall number of Roman Catholics has stayed relatively steady, because of the increasing presence of so many Latino Catholics.

On the Protestant/evangelical side of things, immigration from Asia, has made an impact in, to pick an example, evangelicals in universities. If you were to visit the student ministries at some of the major universities of the Northeast (or many other places), you’d find a surprising number of Asian-Americans Christians there.

And, it is not just migration—migration is a mostly first generation phenomena. However, migration leads to diversity. And, to quote our own Bob Smietana:

Almost everyday, it seems, there’s a new story about how “Millennials are leaving the church.” But there’s a problem with these trend pieces: They aren’t true. American Christianity still has plenty of Millennials — they’re just not necessarily in white churches.

Fourth and Finally, Migration Opens Opportunities for the Gospel

Yes, multicultural expression has been a boost to many churches, however, migration itself may make people more open to considering the gospel.

Philip Connor a research associate at the Pew Research Center’s Religion & Public Life Project is an expert on immigration and religion in the United States, Canada, and Europe (check out his book here).

For the gospel’s sake, let’s consider both the challenge and opportunity that lie before us.

He’s studied the religious patterns of immigrants into Canada and found that when people migrate into a Western society—for example, Buddhists from Southeast Asia—they either become much more devout or much less devout.

As he saw reported, immigrants go in one of two directions. Some of them rediscover their spiritual heritage and build mosques or temples in their new communities. Others come here and are open to change.

From the perspective of evangelicals passionate about sharing the gospel, they are open to the Christian faith because they find that the religious underpinnings they thought were secure are unable to answer the questions they have, living in a new cultural context. This brings openness to the gospel.

For the gospel’s sake, let’s consider both the challenge and opportunity that lie before us. In the coming years and decades, we are going to see the percentage of non-Anglo and non-Christian neighbors increase.

We've passed multicultural milestones recently. For example, the majority of school children in the United States are now non-Anglo. This is just the beginning, and it is a challenge and an opportunity.

My hope is that evangelicals will still have a heart for the nations and will engage in global missions. However, my prayer is that we will also have a passion to share the gospel with the nations living next door.