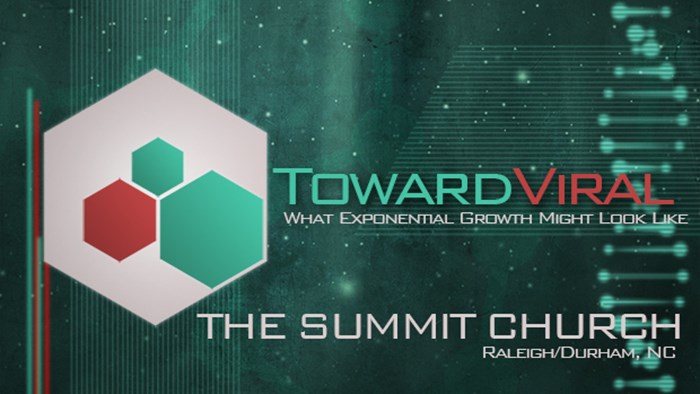 Here are the case studies we've published so far:

Here is our second case study: The Summit Church in Raleigh-Durham, North Carolina.

Their strategy is to plant multiplying churches by raising lead planters, training them, and sending them out with a team of people from our church. They identify potential church planters and putting them in a leadership development pipeline. At the end of that, most will go through a 9-month residency where they remain on staff while being trained to plant, refining their vision, raising money, building a team, and developing a strategy before they're sent out.

The Summit Church has a different strategy for their International plants. Most of their International church plants are among unreached people groups. The strategy is to send out missionaries from the church that will live and work among these people with the goal of sharing the gospel, making disciples that make disciples. They try to find and train indigenous leaders to plant indigenous, self-replicating churches. The pastors identify potential International church planting leaders about a year from when they're ready to go to the field and take them through a yearlong training process, and then in most cases they send them out in teams that operate like small house churches.

Financially, The Summit Church devotes 16.2% of our budget is dedicated to missions. For their North American plants The Summit provides a residency and 3 years of financial support. They invest about $100K in each church they plant. They also encourage our planters and anyone who commits to their team to begin directing their tithe to the plant as soon as they join the team. Because most people sent out are committed givers, if they send out a team of 20 that's typically $50K+ in giving that they send out. Internationally they financially support all of their missionaries at some level and many of the teams.