The death of a church does not have to be the end of its ministry.
Ed Stetzer 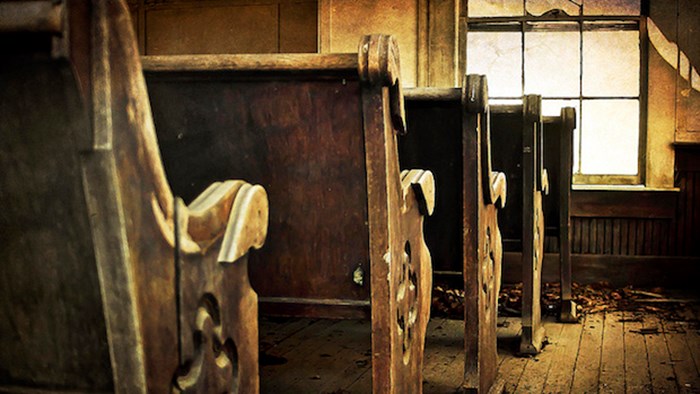 It is better for denomination or network leaders to be prepared to respond to dying churches rather than to react to the despair of confused churchless members as churches move toward closure.

Many churches will reach the end of their life cycle without making the necessary moves to experience real change. Those churches that do not comeback will eventually close—it is inevitable.

Today, most denomination or network leaders react to the closing of churches. In the future, wise leaders must anticipate and prepare for the closure of churches. They will facilitate a dignified death for congregations, much like Hospice facilitates sick individuals in anticipation of their passing.

Be honest about the reality of death of churches.

Obviously we need to realize that most churches die. It is a part of the life cycle.

Jesus sent messages to the churches in the book of Revelation. I’ve been to all seven of the places where those churches were. None of them are there anymore. Churches die.

I think churches should die well rather than live poorly. As a Star Trek nerd, I remember the Klingons would dream of dying in battle—dying well. I think the dream of a church should be to die and let the battle continue through the resources they have the their support for other churches.

In the future, wise leaders must anticipate and prepare for the closure of churches.

It is difficult for a church to die and at the same time release its resources to another group to continue the mission. After all, the new church may play different style worship music in our building. What if they don’t have Sunday School? Can we give our building to a new church that may remove the pews? Yes, these are crucial questions for some.

At the end of the day, leaders of denominations or networks must be able to help churches get through this process.

Recognize the signs that death is near.

We have to help people in dying churches to recognize some signs that it’s time for their church to die, and that it’s okay to die sometimes. So, what are some of the signs?

There are many, but I'd say that a lack of interest in leadership positions is a sign that death is near—the congretation has been demoralized to the point that there’s no one willing to lead the efforts to right the ship. Without a leader, a church will die.

Another sign is when pastoral leadership has come to the place where they simply have no plan other than to try to ride it into the ground. If the plan for a church is, “We’re just going to hang on as long as we can,” death is likely imminent.

If the only reason people join and remain in the church is out of obligation or out of family connection, that’s a sign that the church's time has come to an end. A church is where people grow, worship and serve God out of a sense of opportunity, not obligation.

When the passion for worship and service is gone, the church loses its soul and is no more than a shell of former life.

In other words, if the church has lost its purpose, the best thing may be for it to give up its facility and let somebody with a purpose use the space for the glory of God in a new congregation.

I think churches should die well rather than live poorly.

The problem is that declaring a church dead is just as demoralizing as clinging to life. For instance, consider the church whose building our church recently aquired as another diea.

The church closed. They gave us the building. We were bringing in a thriving congregation that had been meeting in a theater. So we were going to add 100 people to the 25 that stayed with us in our new church. That incoming number would undoubtedly change the lives of the people who were giving up their church.

Even with the good spirit that they had, there was still a sense that "This is not our church any more." It’s been psychologically hard, as it should be. There is grieving invovled. We’ve even had some minor conflicts, and we expected that. This kind of transition is traumatic and the process needs to be communicated—even overcommunicated—again and again.

It's not a failure, it's a rebirth, and we have to communicate that process well.

Part of the key is to remember that we should not see the death of a church as a failure. Even the churches in the New Testament died and were restarted (or, were not, in some places).

If I was creating a Hospice ministry for my denomination or network, I would have somebody who, as part of their role, would help churches do this. I’d get one example and then I would get up at the denomination or network meeting and say, “Look at what the Lord did. We planted a new Latino congregation. The neighborhood had changed.”

I would give people hope that their church could die with dignity in a way that advanced the cause of Christ. As it is, the only thing they see is that door shutting and that padlock coming to mothball the place where they got married, and built an education wing, and gave for the parking lot, and had late night prayer revivals. But if you can show dying churches another way, if you can point to another future, you can give them an opportunity to honor their past.

The death of a church doesn't have to be the end of its ministry. In dying, a church can be a blessing to others and continue the mission of Christ.

I've gathered some models and examples of this that we will share in the coming days. If you might have an example or story, mention it here in the comments. We'd love to learn more.