Deconversion: Some Thoughts on Bart Campolo’s Departure from Christianity

Bart Campolo's departure from Christianity–some reflections about faith and (our) families.
Ed Stetzer 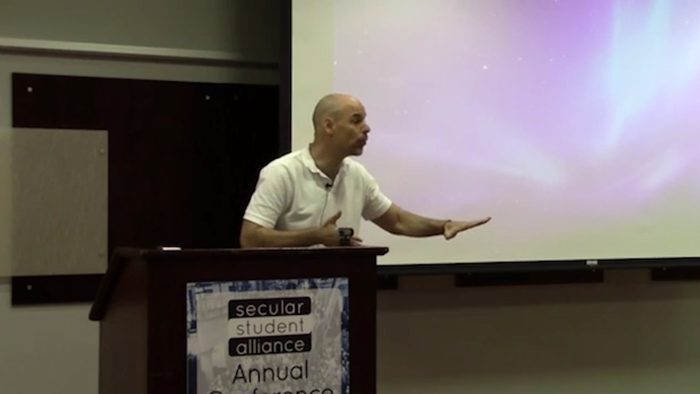 Recently, I was reading some information on the American Humanist Association related to the controversy surrounding their leading poll on The Pledge of Allegiance. Somewhere in that reading, I came across the name “Bart Campolo.”

If the name sounds familiar to you, it should. His father, Tony Campolo is a prominent progressive evangelical. The last I knew, Bart had followed his dad and was preaching and practicing a left-leaning, though evangelical faith.

As parents, we need to work to ensure our children have a relationship with Jesus.

But after I Googled his name, I found he didn’t seem to be a part of any Christian ministry, despite having helped found several. He has not blogged at Sojourners in over three years. His personal website is gone. Mission Year, which he helped to start, references him as a co-founder, but he is nowhere among those listed as currently serving with the ministry.

While his Wikipedia page only mentions his involvement in Christian causes, I knew I had read about a secular connection. But, just a few clicks down I saw he is the Humanist chaplain at the University of Southern California and a speaker for the Secular Student Alliance (SSA).

On the USC web page, it explains:

Over the course of his ministry career, Bart gradually transitioned from Christianity to secular humanism. As the first Humanist Chaplain at USC, he is committed to developing a community that offers regular inspiration, pastoral care, supportive fellowship and service opportunities to students, faculty, staff members and local families and individuals exploring or actively pursuing secular goodness as a way of life.

Perhaps this is well known in progressive circles, but it was news to me. It was particularly disappointing to me since I’ve talked to Bart (though I doubt he remembers our short conversation), he was encouraging to me, I love the idea of Mission Year, and, like so many evangelicals, his father was an influence on my life and ministry.

I have to confess, the immediate reaction I had was that this is why progressive evangelicalism and particularly mainline Protestantism (Campolo straddled both) can be dead ends, often failing to keep the next generation. And, there is some statistical support for that reaction (at least for mainliners).

According to the Faith and Families project published last year, only a minority of the children of mainliners are mainliners, whereas a strong majority of evangelical parents end up with evangelical children.

Then, I started to reconsider.

I remembered Frank Schaeffer, son of the late Francis Schaeffer. If robust evangelicalism guaranteed continuing fidelity, the younger Schaeffer would not be writing odd books about his mother’s sex life and describing his own spiritual life as an atheist who believes in God.

And, let’s be honest, I could list a hundred others, though perhaps few as prominent as Schaeffer and Campolo. And, we don't really have statistics for progressive evangelicals, partly because there are not that many, so we don't know for sure if they will track like mainliners.

So, I don’t think my first reaction was a fair reaction, and I shared it because I imagine that many readers might have a similar reaction, based on, “That would not happen to me because I’m not like them…”

So while I don’t want to let mainline Protestantism off the statistical hook (you can’t—it’s just math), I don't know Bart and I’ve not seen his comments on his journey, therefore I should not make definitive conclusions about his journey. Nor should you.

However, we do know that Bart Campolo is now serving as a Humanist chaplain and speaking at Secular Student Alliance conferences designed to gather a "community of atheists, agnostics, and nonbelievers."

In other words, he’s gone public with his new views.

As such, I think it might be good for us to consider a bit about what that means—not for him, but for us (and for me).

So, once we get past the recriminations (see above) it's best to pause and consider some implications. As such, let me suggest five things to consider as we think about Bart Campolo’s de-conversion.

First, and perhaps this is personal, I need to think about my own family.

Do my children have a faith of their own? In this extremely informative and compelling talk Bart gave to earlier this year to the SSA Annual Conference, he is quite clear that he embraced a Christian community, but not the Christian faith.

As parents, we need to work to ensure our children have a relationship with Jesus, not just a desire to be part of a loving community doing good. In other words, we need to ask, are we discipling or merely socializing our children in church?

Will the children of your faith tradition flourish in the faith you pass on to them?

Second, it is appropriate to ask if the faith tradition we create produces children who regularly reject that faith.

But, most importantly, I’d ask that of your (and my) tradition—are we producing disciples in the next generation?

Will the children of your faith tradition flourish in the faith you pass on to them?

Ironically and importantly, Bart stresses that what led him to identify as a Christian was the love he saw between the members of the youth group he attended. He noticed individuals from all the different high school cliques came together at this church.

This should be characteristic of every Christian ministry and church. Loving people is often the first step in seeing them understand and accept the gospel. It can’t end there, but even Bart acknowledged that it started there.

In other words, Bart is right—community matters—and he is also right that it is not enough.

Fourth, after you have watched Bart’s presentation, pray for him.

Based on his words in this presentation, I don’t think he would mind. Though he has obviously moved on, he was very gracious toward evangelicals in his presentation—in an environment where it would be easy to do otherwise.

I'm thankful for that graciousness and I prayed for him after I watched the video. I hope you will as well.

Fifth and finally, I want to pray for Tony Campolo and to take a moment to be thankful for him.

When your children leave the faith, it’s hard to not take it personally, but Tony has always been a gracious man, committed to his faith and ideals. (I’ve never met Peggy, his wife, but was deeply influenced by Tony early in my ministry.) If there was ever a person who lived what he believed it was Tony Campolo.

Over 20 years ago, I spent a week with him in Philadelphia learning how to do ministry in the inner city. He was gracious and clearly loved people. He prayed with me and encouraged me to love Jesus deeply and care for people faithfully. From what I can tell, we’ve moved apart theologically in some ways, but I will always be grateful for his impact on my life.

And, the fact that his son left the faith does not necessarily relate to Tony and Peggy's faith, any more than so many other children's departure was because of their parents.

I imagine that Bart Campolo’s name will make his deconversion significant to many.

My hope is that evangelicals (like me) won’t ignore it (hence, this blog), but will take wise steps so as, to the degree we can, we can strengthen the faith in our own children.

I'm not the national figure that Tony Campolo is, but my children are in the spotlight because I am in, to some degree, a spotlight. And, if you are a pastor, so are your children. Actually, if you are a Christian, yours are too in many ways.

Answer the hard questions from your kids, disciple your family, and humbly realize that, ultimately, your children can and will make their own decisions about faith one day.

Deconversion: Some Thoughts on Bart Campolo’s Departure from Christianity

Deconversion: Some Thoughts on Bart Campolo’s ...