What would it look like for Christians to love Muslims enough to share Jesus with them?
Ed Stetzer 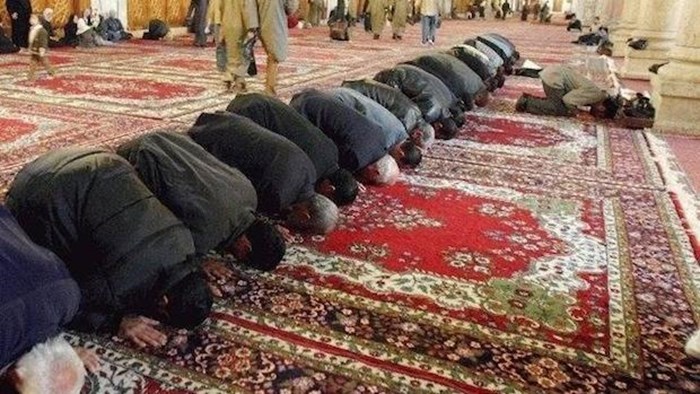 If you could travel back in time a hundred years and share some of the discussions we’re having in the 21st century about Islam, the folks there probably would not believe you.

Back then, Islam was on the decline, reduced to a somewhat marginalized religion in many parts of the world. The Ottoman Empire had fallen and Islam's future looked dim.

But, things have changed. During the 20th century, there was a resurgence of Islam. We are still dealing with that resurgence today.

Are we as eager to build bridges to reach Muslims as we are to build walls to protect ourselves from them?

Certainly, the ever-increasing demand for oil around the world has, in part, fueled the comeback. Petrol dollars have provided the means for much of the Muslim mission. Just go to parts of Africa and you will find petrodollar-funded, government-directed mission outposts all over.

Yet, it's not all about petrodollars. The fact is that part of Islam’s growth has come from people of all stripes freely embracing the religion around the globe, including here and in the rest of the Western world.

There has been much debate and discussion of that question—not to mention controversy surrounding global engagement of Muslims. Christianity Today even dealt with the issue in their January 2013 cover story: “How Much Muslim Context is Too Much for the Gospel?”

Christianity Today also brought up one of the more contentious aspects related to evangelizing the Muslim world: figuring out how contextualized we ought to be. Many missiologists, including me, are comfortable with “level four” contextualization.

But the Christianity Today article explored those who go to “level five.” These levels have to do with what it means to follow Jesus in a Muslim context (in other words, how far one should go to reach someone else).

The big issue here is engagement, and I am thankful that there are missionaries seeing to engage Muslims with the gospel. I recognize that some will go to far in contextualization, while people back home doing nothing to reach Muslims will complain about them. That's part of it, but we need more, not less, missionaries contextualizing gospel communication to Muslim contexts if we want to see a movement among Muslims.

Thus, the future of missions will include a contextualized church on mission in it's context in the Muslim world. It will look different than the church in the West, but it will share the same gospel.

Growth in the West

You see, the issue most pressing to most of us is not the contextualization of missionaries in Bangladesh. Rather, it is the evangelization of Westernized Muslims here.

It is worth noting the unexpected spike of Muslim growth in the Western world during the last 50 years often came as people freely engaged Islam. Yes, the news is filled with examples of people who've engaged radical Islam from Western contexts—but many, many more have become Muslims and are not radicalized. They are just our neighbors—our Muslim neighbors.

They are just local Muslims, via birth or conversion.

Of course, immigration played a significant role in the increased Muslim presence in the West. But, with some ethnic enclave exceptions, Muslims adopt much of the values of their context. Like Christians, they become contextualized.

So, if you encounter a Muslim today, he or she will probably be like my neighbors—kind people who dress like us (with the exception of a head covering for the wife), who speak English, and take seriously their faith.

We need to love them as our neighbors, as I wrote in this USAToday editorial.

But, we also need to reach them for the gospel. And, that takes intent and action.

So, as we increasingly encounter Muslims in the West, and in other parts of the world, we meet a free people who have chosen Islam, either to continue in the faith or as new converts.

So, I get the geopolitical issues. But, that's not all there is. There are evangelism issues to consider.

And we cannot let the geopolitical realities undermine the gospel commands.

So, now the question becomes with resurgent Islam: Are we as eager to build bridges to reach Muslims as we are to build walls to protect ourselves from them?

As much as we might hate to admit it, we Christians have not been all that successful in evangelizing people of the large world religions. We have seen conversions, of course, but there has not been a significant outbreak of Christianity among devout Hindus, Muslims, etc.

The challenge of fake Muslim converts has hindered our work and reputation, but part of the reason they are so easily embraced is that there are just not that many actual high-profile converts from Islam.

Now, there has been global progress. For example, the recent book by David Garrison, profiled here in Christianity Today.

But, we've not seen as much impact in the West, so I address my comments to Christians reading this: what should we be doing right now, right here, in regard to reaching Muslims in our communities?

Furthermore, with the rise of radical Islam, the conflict between Islam and the West is a regular feature on the 24-hour cable news networks. That breeds hate and fear, and you cannot hate a people and reach a people at the same time.

With all of this noise in the background, how can we, as Christians, reach out to Muslims in our communities?

We Must Figure It Out

Why do we need to talk about it? Because I believe that Hindus and Muslims, Catholics, Baptists and Lutherans all have one thing in common: they all need Jesus.

As we announce the good news to a world in need, we must seek to do so in the most effective ways, right where we are, and also the the places where we send missionaries.

So, what does a strategy to reach Westernized Muslims look like? I'd suggest five steps to consider (and will address this more later):

Instead of being outraged at Muslim migration, let's seize the opportunity for Muslim evangelism.

First, understand your Muslim neighbors. Not the Islam of Afghanistan, but the Westernized version that still probably does not eat pork (or marshmallows), observes Ramadan, and evidences modesty.

Second, be friends. Not just for a project, but for a relationship. Muslims will already have much in common with devout Christians. They see us as people of the Book and know we share concerns about the state of the world around us.

Third, have spiritual conversations. Talk about what you believe. Ask about what they believe. Answer questions and common objections—you will find there are many.

Fourth, bring them to church. Let them see what a Bible-teaching church is like. You might also choose to visit their mosque and talk about what you see.

Fifth, share resources as appropriate. You'll find several the the Billy Graham Center at Wheaton. Many denominations have resources to share as well.

Instead of being solely outraged at Muslim migration, let's seize the opportunity for Muslim evangelism.