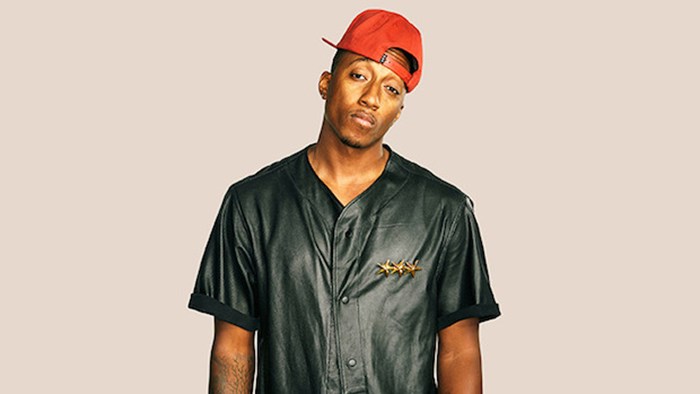 Great piece on the emergence of Lecrae—a rapper who is a Christian.

Who is Lecrae? He has the no. 1 album in the United States. That album, Anomaly, is classified as Christian rap, because he’s widely thought of as a Christian rapper.

Not a rapper who is Christian, but a Christian rapper.

The success of Anomaly is the latest evidence of a noticeable trend. Three Christian-centric films released this year — God’s Not Dead, Son of God, and Heaven Is for Real — pulled in stunning box-office returns, currently the 33rd-, 34th-, and 24th-highest-grossing films of 2014, respectively. It’s clear there is a market for Christian-themed pop culture.

The film industry learned this with the rise of Tyler Perry, when he showed he could get two previously dismissed demographics (black audiences and Christian audiences) to come out in droves to the theaters.

On paper, Lecrae and Perry couldn’t be more different. But through a particular lens, Lecrae is rap’s Tyler Perry. Because, in Anomaly, like some of Perry’s films, the Christianity sneaks up on you.

Anomaly is a complicated album to analyze and listen to, because it’s difficult to think about it in a vacuum, purely as a piece of music. Before you hit play, chances are you understand you’re about to listen to Christian rap. And whether that’s a plus or a minus, it’s most likely a something.

The Rise of “Emerging Adulthood”—Marc Cortez

Helpful explanation on this phenomenon from Marc.

Emerging adulthood is now viewed by many as a distinct stage of life in America, one that covers the period between high school and “real” adulthood. And according to Christian Smith, Professor of Sociology at the University of Notre Dame, it’s a stage of life that is powerfully shaping the way people in their 20s view the world, how they understand the church, and how they approach their own formation.

At a faculty workshop at Wheaton College earlier this semester, Smith gave a fascinating summary of recent research on emerging adulthood and its significance for understanding and ministering to young adults today. Here are some of the highlights. (Keep in mind that these are all sweeping generalizations. Smith was quite clear that none of this will apply across the board to any particular young adult or even to distinct sub-groups of young adults. But these are pretty clear characteristics of the life stage as a whole.)

What Is an Emerging Adult?

We have a hard time defining “real” adulthood in America. There’s no specific age at which one becomes a real adult, and we don’t even have definitive markers or celebrations that identify when someone finally qualifies. If you ask around, though, most people identify adulthood with some combination of the following:

Real adulthood, then, is defined largely in terms of “settling down” – in your relationships, your home, and your job. (By the way, this is partly why we have a hard time seeing single people as real adults.) “Emerging” adulthood, then, is the period of life between high school (viewed as the end of childhood/adolescence) and settling down as an adult. Indeed, Smith suggests that the best way to summarize emerging adulthood is “postponing settling down.”

Touching interview with Ian and Larissa Murphy, who you may remember from this video, and who have published a new book.

A couple years ago, a video about Ian and Larissa Murphy’s marriage went viral. In some ways, they exhibit a conventional story of young love. They met in college and wanted to get married. But Ian suffered a traumatic brain injury after a car accident. Their plans were tenuous at best as Ian lay in a coma in a hospital bed.

The accident came 10 months into their relationship. For the next two years, Ian worked to regain his ability to talk, then the couple began talking about marriage. Two years after that, they married on Ian’s late father’s birthday, 8-28-2010—a date referenced in the title of their new book, Eight Twenty Eight. The number also refers to a favorite Bible passage, Romans 8:28: “And we know that for those who love God all things work together for good, for those who are called according to His purpose” (ESV).

Although both Ian and Larissa contributed to the book, most of the narrative takes place during the years of Ian’s coma and recovery. With graceful prose and fluid storytelling, Larissa explains the factors that led her to remain so intimately connected to Ian even though they were not yet engaged and his prognosis was grim.

At 29, Larissa still sounds at times like a young wife, learning to serve her husband and grow her faith as best she can. She is not a trained theologian, but she does not shy away from the theological questions posed by a traumatic brain injury. She writes honestly about the blessings they have experienced amidst, and even because of, the hardship of Ian’s long recovery and his different life with a disability.

Rev. Samuel Rodriguez is the president of the National Hispanic Christian Leadership Conference, and he joined me on The Exchange to talk about the Latino Reformation. In this clip, we talk about how the future of American evangelicalism lies in the hands of the Latino community. Don't forget to join me every Tuesday at 3:00 PM Eastern for The Exchange.