20 Truths from Thriving in Babylon by Larry Osborne

What can we learn from Daniel's time in Babylon?
Ed Stetzer 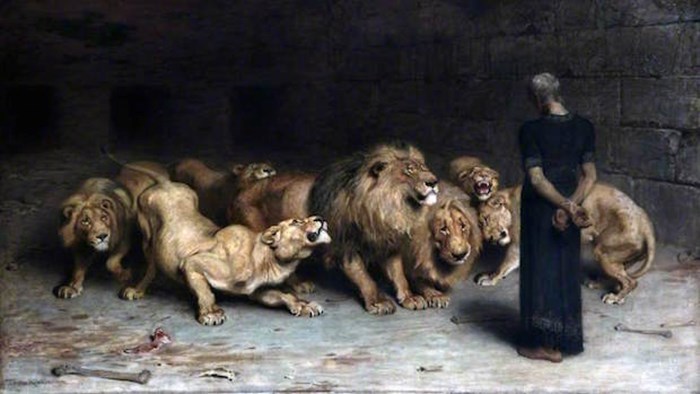 Last week, Larry Osborne's newest book was released. Thriving in Babylonlooks at Daniel in Babylon and shows us how Christians can thrive in our changing cultural context that is becoming more and more challenge to the Christian faith, especially in certain places.

Larry is the Pastor of North Coast Church in Southern California. I am thankful for Larry, and especially for this new book, which will make you think about our present cultural climate here in the West. I hope you are encouraged by the 20 truths below that serve as a window into Thriving in Babylon.

1. Obviously Gods hand was on Daniel... He was a man of great hope, humility and wisdom. (9)

2. God doesn't have a temper problem. His discipline and judgement are perfect in timing and scope. When it comes to dealing with his people and children, his harshest judgements are carried out with our best interests in mind. (12)

3. Babylon is the personification of evil. Even at the end of history it will represent to the angelic hosts the worst of the worst. (16)

4. If we're caught in the backwash of someone else's sin, experiencing Gods correcting discipline, or simply suffering the natural consequences of living in a fallen world, the proper response is still the same. We are called to live a life of Hope, humility, and wisdom. (23)

Biblical humility is simply serving others by putting their needs and interests above our own.

5. Today there are many who claim to be Christ followers but are not, when asked, they check the Christian box. They live a generally moral life... But in reality, their faith is nothing more than cultural accommodation. (27)

6. We often equate ethical and moral lifestyle with genuine faith. (33)

7. It is easy to obey God if we agree with Him, but that's not really obedience. We haven't really learned obedience until we do what he says despite our doubts, confusion, or concern that his way won't work out. (38)

8. Daniel had Hope in the biblical sense of the word. He had a deep-seated confidence in God's character and sovereignty. (45)

9. As our society and culture becomes increasingly hostile toward Christianity and Christian values there are some spiritual qualities that become especially important. There are five in particular that we can’t survive without. They’re important no matter what the situation. But in a Babylon like environment they become absolutely essential. (37)

10. But his trust in God’s ultimate goodness and power was stronger and deeper than his sorrow or confusion. He might not have understood everything that was happening. But he responded as one who knew that God was in control of who was in control, even when God’s choices proved to be puzzling and disturbing. (51)

11. If we want to experience Daniel-like courage and Paul-like peace and hope, we need to follow their example. Instead of letting our friends, the media, and the latest crisis du jour determine our outlook, we’ll need to let scripture, our personal experiences of God’s power, and his many promises determine our outlook. (57)

12. Jesus’s promise to build his church is still in play. So is his promise that the gates of hell can’t hold us back. But we’ll have to change our game plan. We’ll have to go back to the basics. The methods of the flesh and the methods of this world will have to be set aside, exchanged for the methods and weapons of the Spirit: prayer, obedient living, loving our enemies, and faithfully proclaiming the gospel. (68)

Daniel wasn’t afraid to be in the presence of evil. He knew the power of his God.

13. Admittedly, the local church is anything but sexy. It has lots of problems. It often puts cherished traditions above its God-given mission. It’s easily sidetracked. And it’s done lots of stuff that gives God a bad name. But despite all that, the church in all of its local manifestations is the one thing Jesus said he would build and sustain. It’s the pillar and foundation of truth, Satan’s kryptonite, and God’s plan A for making disciples. (70)

14. At its core, biblical humility is simply serving others by putting their needs and interests above our own. It’s treating others the same way we’d treat them if they were someone “important.” It doesn’t mean we become a doormat. It does mean we become a servant. (75)

15. Daniel genuinely desired the best interest of his captors. Much like Joseph, he endeared himself to his captors with humble service and a heartfelt concern for their best interests. (79)

16. The more Babylon-like our culture becomes, the more our resentment builds, resulting in bitterness, slander, rumormongering, and harsh critiques that no one would characterize as a kind and gentle rebuke... Yet every interaction Daniel had with him was respectful and gracious. He understood that every time we treat God’s enemy as our enemy we harden their hearts and build up a wall that makes repentance all the more unlikely. (82-83)

17. Daniel’s wisdom also made him a man of great forbearance. He put up with an astonishing amount of evil and decadence. He was amazingly tolerant in the biblical sense of the word. Rightly understood, tolerance is trait we should all excel in. If tolerance means granting people the right to be wrong, we of all people ought to be known for our tolerance. (90)

18. Legalism is simply adding extra rules to the Bible. It flows out of the best of intentions. It seeks to promote righteousness. But it’s far more likely to produce pride, isolation, and a reputation among non-Christians that we’re weird – or at best quirky. (92)

19. That’s why Daniel had no problem studying the language and literature of the Babylonians. He didn’t care that it had pagan roots. He wasn’t afraid to be in the presence of evil. He knew the power of his God. (94)

20. That’s why Daniel had no problem studying the language and literature of the Babylonians. He didn’t care that it had pagan roots. He wasn’t afraid to be in the presence of evil. He knew the power of his God. (102)

20 Truths from Thriving in Babylon by Larry Osborne

expand
20 Truths from Thriving in Babylon by Larry Osborne