How does the raising of Lazarus affect the way we share the gospel?
Ed Stetzer 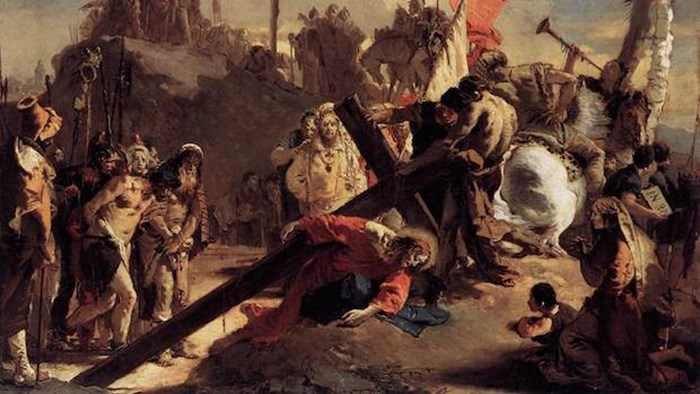 Just as the Father spoke life into the void through his Word in creation, so he speaks new life into his people through the Word-made-flesh, Jesus Christ. That’s key to the evangelistic endeavor.

The Resurrection of Lazarus

In chapter 11 of his gospel, John records the death and resurrection of Lazarus, the brother of Mary and Martha.

Following Lazarus’s death, Jesus arrives—“too late” in the eyes of Lazarus’ sisters. Martha told Jesus, “Lord if you had been here, my brother would not have died” (John 11:21).

After hearing from Mary, Jesus wept with her and the people there. Then, following his time of genuine sorrow, he acted.

John records the events in verses 38 through 44 of chapter 11:

Then Jesus, deeply moved again, came to the tomb. It was a cave, and a stone lay against it. Jesus said, “Take away the stone.” Martha, the sister of the dead man, said to him, “Lord, by this time there will be an odor, for he has been dead four days.” Jesus said to her, “Did I not tell you that if you believed you would see the glory of God?” So they took away the stone. And Jesus lifted up his eyes and said, “Father, I thank you that you have heard me. I knew that you always hear me, but I said this on account of the people standing around, that they may believe that you sent me.” When he had said these things, he cried out with a loud voice, “Lazarus, come out.” The man who had died came out, his hands and feet bound with linen strips, and his face wrapped with a cloth. Jesus said to them, “Unbind him, and let him go.”

The Dead Can’t Do Anything

When it comes to sharing the gospel, I like the story of Jesus raising Lazarus from death to life because it shows our utter sinful desperation before our holy God. Spiritually speaking, we are dead (Eph. 2:5).

This is helpful, I think, when sharing the gospel with people. It makes it clear we’re all on equal ground. A lot of non-Christians feel like Christians believe they’re better than everyone else. Sharing the gospel through a story like the resurrection of Lazarus emphasizes the fact that we’re all dead and hopeless without God.

We all start at the same place, spiritual death, and by God’s grace, we’re raised to life. When sharing the gospel using the resurrection of Lazarus, Christians can say, “It’s nothing I’ve done. Just as Lazarus did nothing to save himself, so there is nothing you or I can do to save ourselves.” It is by faith in the work of Jesus alone that we are raised to spiritual life.

So, don’t be slow to share the new life Christ gives to all who repent and believe. But if you were sharing with people how to be more religious, then be slow about that. (Actually, just stop doing that!)

We must never forget that the gospel is not “you do.” The gospel is “Jesus did.” Your only job is to tell it—proclaim and announce it.

That’s what makes evangelism so different from recruiting someone to a religion. You are really sharing what makes the dead alive.

That’s why it’s such great news. And that news is worth sharing.

What are some passages you like to use when sharing the gospel with people?