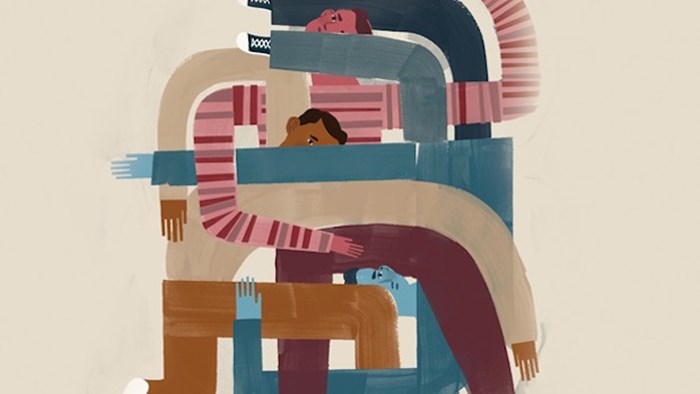 I greatly enjoyed Collin Hansen's new book, Blind Spots. Here is Fred Sanders' helpful look at the book. Keep in mind that Collin is part of the Calvinist tribe, which is often known for its less-than-charitable approach to others. Fred is an Arminian. So, that makes the article even better.

Confronted with the stubborn fact of church disunity, every new generation of Christians asks the same question: “Why can’t we all just get along?” And every old generation has the same set of answers at the ready. “We already tried to get along before you got here,” say some. “All the things that divide us are nonnegotiable,” say others.

In any generation, the friction among Christian “tribes” is palpable. Collin Hansen, the editorial director for the Gospel Coalition, approaches this subject not as an impartial observer but as a committed member of a particular tribe: the “young, restless, Reformed” believers whose emergence he profiled in a classic 2006 CT cover story and a 2008 book by the same name. Yet his latest work, Blind Spots: Becoming a Courageous, Compassionate, and Commissioned Church (Crossway), suggests a strategy for “church unity and an effective gospel witness in the world.”

This is a matter of no small urgency, Hansen argues, because a divided witness won’t suffice to gain a hearing for the gospel in the current cultural climate. In the foreword, NYC pastor Tim Keller describes the book as “an extended essay on how Christians in Western societies today . . . need to respond to a culture quickly growing post-Christian.”

New York Times goes to the zoo and reports on those strange Southern animals who oppose same-sex marriage—Bobby Ross, Jr.

This is why conservatives and people of faith often don’t trust the New York Times (and other publications that show an agenda).

It's Homer Simpson vs. The Professor as The New York Times this week pretends to provide a balanced report on opponents of same-sex marriage in North Carolina.

The online headline of the Times story that appeared on the newspaper's front page Thursday proclaims:

But don't let the headline fool you.

Supporters of a traditional biblical view of marriage as a sacred union between one man and one woman actually play only bit parts in this slanted report (Kellerism, anyone?) in which backwoods simpletons square off against sophisticated experts from elite universities. It's too bad there aren't any smart people to interview on the traditional marriage side.

No, the top quote isn't a hick declaring that "God made Adam and Eve, not Adam and Steve," but it's close:

EDEN, N.C. — John G. Kallam Jr., 67, carries a worn black Bible and another copy on his iPad, and believes Scripture is unequivocal.

“Sodom and Gomorrah, that story alone tells you what God thinks of same-sex marriage,” he said. “God said that homosexual behavior is a sin and that marriage is between a man and a woman.”

Like three-quarters of the voters in rural Rockingham County, he checked “yes” in the 2012 plebiscite when North Carolina joined some 30 other states in adopting constitutional bans on same-sex marriage. “I breathed a sigh of relief,” he recalled.

But last October, Mr. Kallam was stunned when a federal judge overturned the ban.

Helpful article (as always) from Eric.

Often our churches don’t make leaders because we lack conviction. Granted, it’s probably much more than that, but it is certainly not less. Based on the lack of leadership development in many churches it is clear that many church leaders lack a real conviction for developing leaders.

Conviction for developing others gripped Moses. As you read through the Scripture, you see Moses pouring into Joshua. Moses served his people by pouring into the life of another. And immediately after Moses’ death, Joshua was ready to lead Israel.

After the death of Moses the Lord’s servant, the Lord spoke to Joshua son of Nun, who had served Moses: “Moses My servant is dead. Now you and all the people prepare to cross over the Jordan to the land I am giving the Israelites (Joshua 1:1-2).

The leadership legacy of Joshua, sadly, is very different:

Joshua son of Nun, the servant of the Lord, died at the age of 110… That whole generation was also gathered to their ancestors. After them another generation rose up who did not know the Lord or the works He had done for Israel (Judges 2:8, 10).

Dhati Lewis is the Lead Pastor at Blueprint Church, an Atlanta church plant that is unleashing healthy people to do ministry where life exists. Guest host Micah Fries interviews Dhati via Skype about mentoring, discipleship, cross-cultural ministry and more. In this clip, Dhati talks about majority cultures. Don't forget to join me every Tuesday at 3:00 PM Eastern for The Exchange.