Pastors, do you know what an "evangelistic church" looks like? Are you even taking the time to share the gospel?
Ed Stetzer 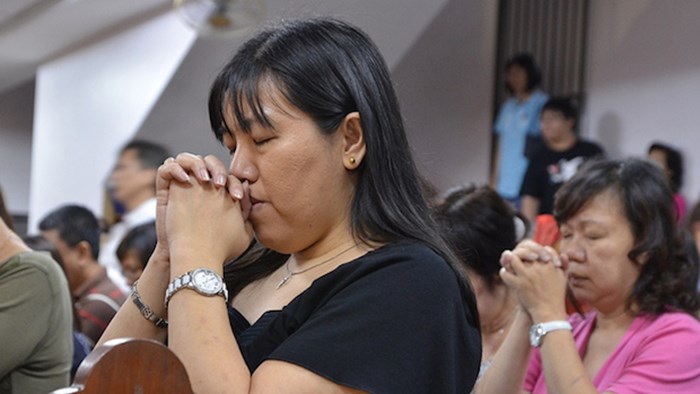 I’ve heard the story of a man who was criticized for his evangelism methodology by a fellow believer. He was told that his methods weren’t personal enough, too mechanistic, and they would never work.

The man, saddened by the criticism, thought for a few moments about the challenge leveled in his direction. With great care and genuine concern in his voice he responded, “I much prefer my method of doing evangelism to your way of not doing it.”

I've seen that credited to D.L. Moody and James Kennedy, but regardless of who said it the story reminds us of our situation today.

In a culture that is quickly changing—one that has openly embraced secularism and spirituality without any sort of biblical foundation—evangelism is shockingly and sadly unengaged by many Christians. The people around us are increasingly secular, and our evangelistic efforts are on a downward trend.

That means we have a big problem, friends.

All Christians love evangelism, as long as someone else is doing it.

At LifeWay Research, we have analyzed the evangelistic behavior of Christians almost ad nauseum. One of the things I’ve learned through the process is that all Christians love evangelism, as long as someone else is doing it.

We talk about it, regard it highly, and call many people to engage in evangelism, all the while avoiding it personally like we avoid the dentist. It is a recurring theme in our studies. People openly bemoan the lack of evangelism in others' lives while ignoring it in their own.

In fact, according to our research, most Christians have never shared their faith and called others to trust Christ.

Using a research project and assessment tool we created at LifeWay, we conducted a study that included aspects related to evangelism. It showed most people had not invited anyone to church recently, and even fewer had shared Christ.

When I've presented the data, people always look concerned-and with good reason. I believe there are two main reasons for concern. The numbers show the lack of evangelism is both an endemic and systemic problem among believing people.

Lack of evangelism is a trait sadly not localized to a certain subset of Christians. It is a disposition that seemingly affects the majority of believers. Consider for a moment what that means.

Pastor, do you know what does help people to become evangelistic?

We are a people saved by grace through faith in accordance with what Christ has done for us—He lived the sinless life we could not, died a sinner’s death in our place, overcame death on our behalf, and ascended to sit at the right hand of the Father where He continually intercedes on our behalf.

That is good news! That is the greatest news in all of history, yet we, according to the research, don’t talk about it with our lost friends and neighbors and co-workers. We are strangely mute when it comes to sharing the very thing that makes us gospel people.

Pastors were rightly concerned over the endemic nature of the problem, but that also points to the second reason for concern—the problem is systemic. Church leaders often talk about the need for evangelism, but the way they lead their churches often negates their words.

As we look at churches, we see that pastors are key. By modeling an evangelistic life and by doing their work in evangelistic ways, pastors lead by example. Echoing the words of Paul from 1 Corinthians 11:1, “Imitate me, as I imitate Christ,” pastors need to be about evangelism if they want an evangelist church.

This is the beginning point. You cannot lead what you do not live. If we are going to talk about the need for evangelistic engagement by evangelistic people, we have to be those who engage in evangelism.

But Not Just Pastors—Not Even Close

Some object to sharing the gospel, saying they do not have the gift of evangelism.

Ephesians 4 says that God has given apostles, prophets, evangelists, pastors, and teachers. The evangelist is one of God’s gifts to the church. To what end? To equip, to help all of God’s people engage in the task of sharing Christ.

Now is the Time

We live in a culture that is facing a number of changes. Culture is becoming more secular in the West, while nominal Christianity is declining.

This is the current climate in which your people are asking questions (or not) about how they share the gospel. They want to know both about evangelism and how to encourage those who may be weak in their faith. They will learn best from you as you model the evangelistic life.

Engage the lost around you alongside those you lead so they can actually see it in practice and be encouraged to join in themselves.

I'll be sharing more about this in the coming year as we partner together with the Billy Graham Center of Evangelism at Wheaton College.