Too many Christians have been caught using Ashley Madison, many of them pastors and church leaders. What now?
Ed Stetzer 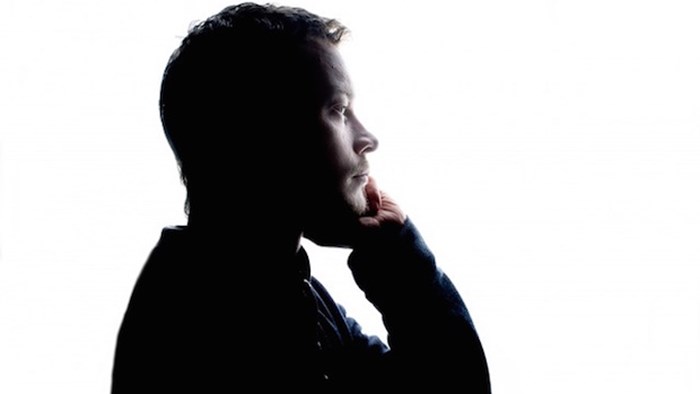 This week, I’ve already written a couple of posts on the Ashley Madison hack and information leak because pastors, Christian leaders, and families are facing devastating revelation and the after-effects of public sin.

Based on my conversations with leaders from several denominations in the U.S. and Canada, I estimate that at least 400 church leaders (pastors, elders, staff, deacons, etc.) will be resigning Sunday. This is a significant moment of embarrassment for the church—and it should be. To be honest, the number of pastors and church leaders on Ashley Madison is much lower than the number of those looking to have an affair. Yet, there is still much that we must consider in the midst of the embarrassment.

Also, to be clear, in situations like these, we must confirm all things. Not everyone on the list signed themselves up. Among those who did, the sin and circumstances will be different. Many likely signed themselves up and didn't actually go through with adultery. Regardless, though, trust has been shattered and hearts have been broken. But before we assume a name on a list means adultery has taken place, we must confirm all things and seek the full truth.

On Tuesday I wrote “Life Is Eternal. Don’t Have an Affair,” reflecting on the issue. Yesterday, I wrote, “I’m on the Ashley Madison List. Now What?” to help people caught on the list deal with the consequences.

Today, I want to focus specifically on pastors and staff members.

What happens to the sheep when the shepherd is disqualified from pastoral ministry?

Pastors have been caught on the Ashley Madison list, and it’s devastating to hear the stories. Yet, rarely do people consider a larger group affected by a pastor’s failure, a group larger than even the pastor’s own family, who is facing the primary brunt of the agonizing pain.

For a moment, I want to address what many churches will be addressing this weekend.

What happens to the sheep when the shepherd is disqualified from pastoral ministry?

This is not the only issue, and perhaps not the first to be addressed—spouses have been betrayed, children’s hearts crushed, and more. As I wrote yesterday, some are considering suicide and more at the discovery of their sin.

Yet, this really isn’t something we can ignore—churches matter here as well.

When the shepherd has violated a sacred trust, it harms the whole flock. This is not the time to act as if everything is fine, rush together a pastor search team, while ignoring the hurt and bleeding flock.

First aid takes a while, and the wounds of the flock must be considered before the shepherd is hurriedly replaced.

Even when members of a church don’t idolize their pastor, there is a great deal of implicit trust in the relationship. The members believe the one teaching them week after week is the same in the park as in the pulpit, the same in private as in public. When a revelation like the Ashley Madison hack occurs, the breach of trust is severe, and often lasting far beyond his moment.

If Your Pastor or a Staff Member Is Resigning

If you are a member of a church whose pastor is outed, what should you do for your own spiritual health and that of your church? Here are a few thoughts.

Focus on God who does not fail. This is the time to remember no one is without blame. Remember—not to alleviate your pastor’s guilt—but to refuse to focus on it. God remains on His throne; He, not your pastor, will never fail. The Apostle Peter failed three times in the same night, but Jesus did not fail. Keep your eyes on Him.

Support those who struggle more than others. Some in your church will struggle more than others with an admission like this. Some will be tempted to “quit church” altogether because “the pastor was a hypocrite.” For some, this is a weight they are spiritually unable to bear alone. Put Galatians 6:2 into practice: come alongside them, bear their burden, and so fulfill the law of Christ.

When the shepherd has violated a sacred trust, it harms the whole flock.

Care for your pastor/staff family. Yes, your church has been betrayed, but not in the same way the spouse has. I sent this to my church staff earlier this week:

If any of you guys have used the service, I need you to let me know now. You will be loved and brought through a process of repentance, counseling, and care. Your wives will be ministered to and loved. But, you need to come clean now. The names are coming out.

Honestly, I am much more inclined to care for those betrayed than the betrayer, but we must care for all.

Love your pastor publicly and privately, with grace and truth. Be consistent in your love for your pastor, who has self-destructed before you and whose world has just crashed. No doubt it is a self-inflicted wound, but even those need care. Speak honestly, but lovingly. I know you are angry—I'm angry—and that's appropriate, but be angry with grace and with truth.

If it comes to it, and no one else, to your knowledge, has done so, confront your pastor or report the information to church leadership.

Thankfully, despite millions of names released in the database breach, it will be a small number who are pastors. The majority are continuing faithfully, obediently in the ministries where God has placed them. The few will be found out sooner or later. Even when they are, it will not be the end of the Kingdom. God reigns and His authority is not threatened when His children fail. Nor is He in danger of overthrow when some are exposed as goats rather than sheep.

God reigns and His authority is not threatened when His children fail.

Recognize That with the Office Comes the Responsibility

I know this is hard, but quiet resignations and hushed conversations are not the answer. Pastoral repentance is different—the Bible says it is.

I know of pastors right now who are negotiating a quiet resignation after an Ashley Madison related affair—but you don’t get to do that if you have taken on the office of pastor.

As I wrote earlier, full and public repentance matters. And, in regard to pastors, the same Bible you preached includes a clear teaching for this moment. First Timothy 5:19 should be a warning to us all: "Publicly rebuke those who sin, so that the rest will also be afraid."

As I wrote in a post on the need for full, public repentance:

Yes, repentance should be evident when any believer is caught in sin, but something more is required when a pastor is involved, and this matters just as much as the cautions against accusations.

With this higher standard in mind, I want to offer three principles of repentance for pastors and Christian leaders.

1. Repentance must be public.

Yes, pastors have a higher standard to receive criticism, but when that standard is met, a new standard kicks in-- as far as the sin is known the repentance should be known.

Pastors have a responsibility to what has been entrusted to them. If you are a small church pastor, your church should know. If you have been entrusted with a global ministry, however, your repentance should be known on a global scale.

The details don't need to be known, but the sin does. Adultery, lying, theft should be named, not hinted. When you became a pastor, you forfeited the right for your sin not to be known when the accusations prove to be true. It does not have to be prurient, but it must be clear.

2. Repentance must be thorough.

…As Lanny Davis wrote about political scandals, "Tell it all, tell it early, tell it yourself." Or, to quote a paraphrase of Proverbs 28:13, "What we cover, God uncovers and what we uncover, God covers.

There is great freedom in confessing it all, early, and moving on toward restoration. The alternative is to be trapped in a cycle of waiting until more evidence comes forward and then trying to spin it to salvage our reputation.

3. Repentance should lead to restoration.

…When it comes to pastoral repentance, fear leads to forever hiding where faith leads to confession and restoration.

I'm not saying that every pastor can be restored to every role—that's a discussion for another day. But, a pastor who commits adultery, for example, needs to be under a discipline process with the church that lasts a considerable length of time (at least two years in my opinion).

For reasons I cannot share (as it is not my story to share), I have much more concern for the victims, but if we care about the church (and the fallen pastor), we need to have a church conversation.

God’s grace is sufficient for the shepherd who falls, and the flock left vulnerable.

God’s grace is sufficient for the shepherd who falls, and the flock left vulnerable. We have a Great Shepherd, a Chief Shepherd, who is for us what earthly shepherds can never be: perfect, absolutely trustworthy, and never failing. It is He who leads us beside still waters in and into green pastures. Let us place our faith in Him, and we will find rest for our weary souls.

Pray for your pastors and church leaders today, even if they weren’t found to be in sin. Pray for them to resist temptation and cling to the cross when presented with sin.