Are Christians supposed to be pro-life or pro-justice? Kelly Rosati shares: we ought to be both.
Kelly Rosati 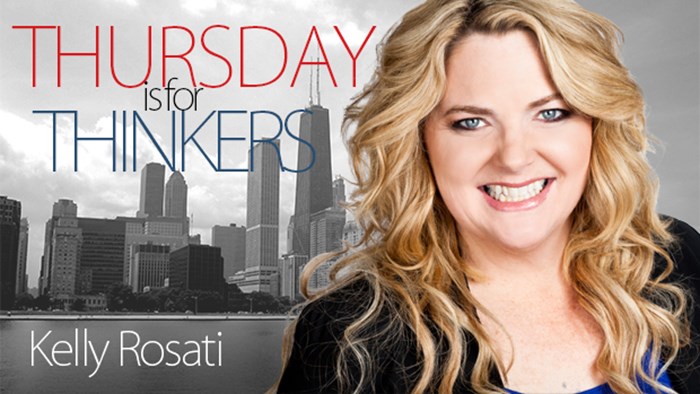 Today, I'm hosting a guest post from Kelly Rosati. Kelly is the vice president of Community Outreach at Focus on the Family where she oversees the Adoption & Orphan Care Initiative and the Sanctity of Human Life department. Rosati also directs the Option Ultrasound Program and Focus' Community Care efforts. Kelly has written for the blog a number of times before, most recently here and here.

You probably have noticed by now that Kelly Rosati has joined us as a regular contributor. She is a great writer with keen insights. Today, she talks about how we can indeed be pro-life and pro-justice!

Do you consider yourself a member of one of these two camps? The recent news about the gruesome harvesting of fetal organs by Planned Parenthood prompted some interesting discussion in this vein. My friend Ed asks some important questions here of his fellow believers.

But it’s important to consider how you ended up in one of these categories in the first place. As followers of Christ, our hearts become more like His as He transforms us from the inside out. We care more about people and life and justice as we meditate on His word and spend time with Him. As we grow in grace, it becomes impossible to be indifferent or complacent to the suffering of human beings God made in His image, and whom He loves with an infinite love.

Verses like Proverbs 31:8 (“speak up for those who cannot speak for themselves”) and Micah 6:8 (“to act justly and to love mercy and to walk humbly with your God”) burn in our hearts as we join God in His redemptive work on behalf of preborn babies, victims of human trafficking, war refugees, orphans, those with disabilities, racial minorities, those without access to clean water, families living in extreme poverty, the homeless, dying and lonely elderly neighbors, and many others that qualify as what Jesus called “the least of these.”

We’re changed as we seek to minister to the vulnerable. We listen to them and learn from them, and in them we see the face of Jesus, the one who admonished us that “whatever we’ve done to the least of these, we’ve done to Him” (Matthew 25:40).

In my role at Focus on the Family I’m blessed to meet and work with people in both the Christian pro-life and pro-justice communities. I’ve noticed they have much in common: they love Jesus, they love their families, they share a deep sense of calling and are led by the Holy Spirit, and they take Scripture seriously and find in it the inspiration to advance the Kingdom and to participate in God’s redemptive work. They all want to be careful to first and only worship Jesus, who called them to His work, rather than make an idol of the calling itself. They’ve sacrificed the American dream, many of them, to give their lives away like the One who gave His for them.

AND YET… it often seems as if pro-life and pro-justice Christians come from two different planets. Their leaders don’t tend know one another. All of their conferences are separate. They lean in different political directions, and each thinks the other should prioritize the issues differently. Yes, most would grudgingly agree that they serve the same God and that their passions come from the same Holy Scriptures. But at the end of the day, they have little interest in working together—and in fact, they can often seem “at odds” with one another.

This is tragic, because both communities have so much to offer and so much to gain by listening to and learning from one another. For the average Christian seeking to love and serve his or her neighbors, life and justice should not be an either/or proposition. Together, the life and justice communities can offer a both/and approach that is truly biblical and comprehensive.

For the average Christian seeking to love and serve his or her neighbors, life and justice should not be an either/or proposition.

I have personally gleaned much from Christian sisters and brothers in both communities. From the pro-life perspective, I have learned about perseverance and faithfulness to the truth, even when it’s the most unpopular position in the world. I have been moved by their conviction that God’s word won’t return void, and that He loves both moms and their babies (and dads, and everyone else!). I have been impacted by the conviction that abortion stops a beating heart and that life is always the better choice. I have encountered the breathtaking beauty of Christ’s forgiveness for those suffering grief and shame post-abortion. And I have come to understand the hope and optimism that can only come from Christ in the face of the discouraging reality of 57 million lives lost to abortion. And I know I have so much more to learn from this passionate group.

From the pro-justice community, I have learned about systems of oppression and injustice that must be challenged in order to love and serve our neighbors well. I have a deeper understanding of the solidarity of suffering and the ministry of presence. I have also learned about perseverance and patience, and the simple beauty of loving and serving those who suffer. I’ve been reminded about new life in Christ and the transforming power of His love for individuals and families. I’ve seen the beauty of humility and the freedom that comes from eschewing power, money, and privilege on behalf of one’s neighbors. And I know that I will continue to learn and be challenged by this group as well.

Together, pro-life and pro-justice Christians have so much to offer a world that is buckling under the effects of sin. So here’s a short list of what I think each community could offer the other that would enhance the work of both:

What if, instead of marching resolutely down two different paths, we made a commitment to learn from each other, forge meaningful relationships with one another, and seek creative ways to help the Church learn about the comprehensive approach to life and justice reflected in the totality of the Scriptures? Can pro-life conferences address abortion and end-of-life issues as well as human trafficking and poverty? Can social justice conferences make room to embrace the cause of justice for preborn children? These are issues that transcend political parties and point directly to the heart of God Himself. Let’s step outside our comfort zones and work together for the common good, for life, and for justice—all because of the love of Christ.